Dear Dad, Why Aren’t You Listening to Me? 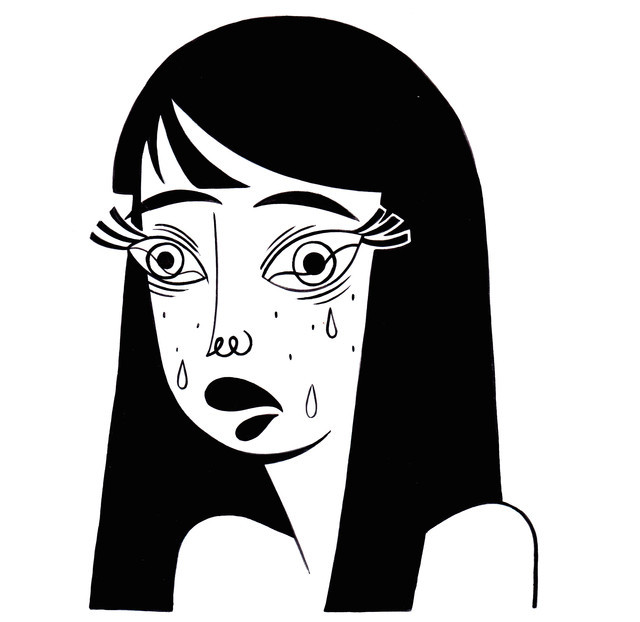 I hope you've been well since we last spoke. I know we got in that argument before the election and we haven't spoken since, but I figured it was time to reach out. To be honest, I haven't been feeling quite like myself these days and I want to tell you about it.

There have been many events this year that have inspired me to look back into my past and pinpoint moments when I wasn’t okay. You might be wondering why I never told you about these experiences, but it wasn't until recently that I realized something wasn't right. I hope you'll listen to what I have to say.

Did I ever tell you about the time my movers (who were all men) broke my bed frame and left me angry voicemails trying to convince me it was my fault? I was too scared to do anything about it because they knew where I lived so I dropped it and had to get a new one on my own.

Did I ever tell you about the times I was bullied in my first job because I was the only young female on an all-male team? They played practical jokes on me, poked fun at my flaws, and often made me feel inferior. Instead of reporting it to HR, I laughed with them and took it as special attention. My next boss, a man too, often told me when I did things wrong, but never explained what was actually expected of me. I came home crying from both jobs on several occasions because I felt misunderstood.

Did I ever tell you about all the times I've caught men on the subway looking me up and down? Or the catcalls and creepy looks I've received on the streets of New York? Because of this, I'm scared to dress a certain way for fear of being hit on, abducted or worse, raped. Because of this, I don't take public transportation late at night even though I can barely afford taxis or Ubers.

Did I ever tell you about the time a guy I was dating tried to convince me to have sex with him without a condom and that STDs weren't a legitimate concern? Or the times in college when boys stuck it in me without protection or consent? At the time, I laughed it off with my girlfriends as if it was a joke. Since then, there have been countless times when I felt indebted to men because they paid for my drinks, dinner or more. There were many times I did things I didn't want to do because I felt obligated to — How messed up is that?

Are you still there? Okay good, just wanted to check and make sure you're still reading.

Do you remember when I discovered you were having an affair and I approached you about it? And you told me to "Take it to the grave." I was only seventeen then, but those words will haunt me for the rest of my life. Do you remember when you left your mistress's business card in a package you sent me for my birthday? But when I confronted you about it, all you said was, "That got in there."

Do you remember when I forgave you this summer? When I apologized for blaming you for ending the marriage with Mom? I took the initiative to mend our relationship because I thought it would make things better between us. And after that, it felt stronger.

Do you remember when I shared an article on Facebook about therapists seeing more women come forward about sexual assault and harassment this year than ever before? It said this election was re-traumatizing women and giving them anxiety and nausea.

A licensed therapist was quoted saying, "Women whom I have seen for years are only now bringing up physical and sexual trauma from their past. I think this election is re-traumatizing them. Verbal and emotional abuse, physical abuse, sexual abuse, rape, discrimination at home or at work — women experience these things often. There have been many reminders of experiences that so many of us have had."

And you commented, calling out false reporting (despite the fact that this article had been published by New York magazine), and you made inappropriate comments about Hillary's husband publicly on my Facebook.

But when I asked you to take it down and not write political posts on my wall, you said I should respect your opinion. You said I wasn't listening to you, and then you unfriended me. You said you didn't understand why I was so angry. And then you sent me a long list of all of your political views, even when I asked you not to speak about this anymore.

Did you ever stop for a moment to think why I shared that article? That maybe there was a reason it resonated with me.

Is this note helping you understand now? Because dad, I really wish you had asked me how I feel. The thing is, I too have been re-traumatized this year.

And now, I'm scared about how the outcome of this election will affect me. I'm scared that a misogynistic man who's called women nasty, a man who doesn't believe in women's reproductive rights, and worse, a man who has been accused of raping a young girl, will be the leader of our country.

I hope this note has helped clue you in as to how I'm doing right now. I guess I have Donald Trump, Brock Turner, and so many other men to thank for re-traumatizing me this year. For inspiring me to look back into the past 27 years and realize there were too many moments that weren't okay. At least I know better now. I'm still scared, but I won't be silent anymore.

You know, Mom told me I should bite my tongue because, "That's just what women do." But I'm tired of doing that. I don't want to hold back how I'm really feeling because I think my father and everyone else should know that I'm not okay.

Some seven years from now, I hope to raise a daughter in a society where her voice is valued. I hope that her father, and her brothers, and her bosses and her boyfriends will listen when she says something isn't okay. I hope they try to understand her when she says she feels angry or upset or sad. I pray she is shown respect and kindness in the workplace, in public, and at home. Is that too much to ask for?

With all of this said, I hope next time you'll try harder to really hear me with your heart.

P.S. Thank you for re-friending me. I'll have to get back to you on that.

5 Things To Tell Yourself Instead Of 'It Will Be Okay'

How It Felt To Watch The Election As A Sexual Assault Survivor: A Comic

Tags: letter , election
Support Feminist Media!
During these troubling political times, independent feminist media is more vital than ever. If our bold, uncensored reporting on women’s issues is important to you, please consider making a donation of $5, $25, $50, or whatever you can afford, to protect and sustain BUST.com.
Thanks so much—we can’t spell BUST without U.