What I Wish I'd Known Before I Became A Young Mother 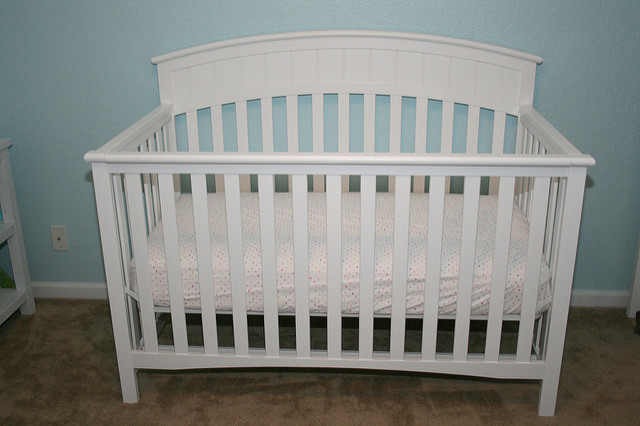 I wish, as a young mother, I’d have known being a mother is, despite smiling moms in television commercials, not fun. The popular Tumblr It's Like They Know Us has made it clear that advertisements absolutely do not portray the reality of what motherhood—or parenting—is like. Being a mother is painful, heart-breaking, frustrating, and revealing. 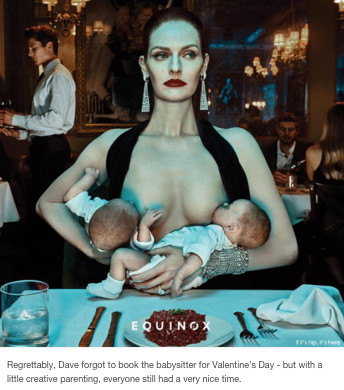 via It's Like They Know Us
There is, naturally, the physical pain of motherhood. During pregnancy, so many things hurt. The contractions hurt, as does having the baby (yes, even with an epidural, it hurts). Nursing hurts. Recovery hurts. There are so many physical pains involved with carrying and bearing a child, you’d think nature would be kind and make the raising of the child somewhat easy. Alas, no. After the physical pain (or maybe even during it) comes emotional pain. I'm not talking about postpartum depression, which I was fortunate to not experience after either of my pregnancies. I'm talking about the pain you experience when your child is sick, and you want to be sick for them. The pain when your kids don't listen and you don't understand why. The pain when your child says something specifically meant to hurt you. The pain when your frustration reaches a fever pitch and you have to leave the room and end up feeling like you just cannot do this anymore today. The pain when your child chooses others over you.

More to my point, there was the pain I experienced as a young, twenty-year-old mother when I wanted to go out but couldn't because my daughter was sick. I was selfish. I was young. I wanted to have a life.

I got pregnant unexpectedly, and decided to keep my pregnancy, despite having no clue exactly I was getting into. I did know, though, before the ultrasound, that I carried a girl. I wanted her. I planned to name her after my aunt, who'd passed away when I was fourteen.

She was born, and she was small—too small even for preemie clothes—and adorable. I thought she was nothing short of perfect. My mom and stepfather were immediately enthralled, as was I. After a time, though, there came the moments when I didn't want her: when she frustrated me because I didn’t know why she was crying if I’d done everything I knew to do; when I didn't want to spend time with her because I wanted to be selfish and spend time with my friends or boyfriend; when I wanted to celebrate my twenty-first birthday drinking with my friends rather than stay at home with an infant; when I began to realize that I had been crazy to think I was capable or responsible enough, at twenty, to have a child.

So, you say, how is this painful? Isn’t it just a normal part of “growing up” and realizing I needed to put on my “big girl panties” and “mom up”? Well, it was a selfish pain; a pain I allowed to seep into me and frustrate me. It was a pain that made me feel a searing resentment toward my daughter for the choice I had made. Now, so many years later, it is a pain of regret. I don't regret the choice I made; I do love my daughter. I regret that I was so selfish, and not more giving, and not more capable of giving her the love and care she deserved from her mother. Instead, my mother and stepfather stepped in and helped me—really, they helped my daughter—and gave my daughter the love and care I should have. Should I have lost myself entirely to her? No, because we should, still, as parents, retain who we are. But I should have tried as best I could to be a mother to her rather than willingly allowing my mom and stepfather to parent her. So, there is the pain of knowing I failed, at least in part, to be the mother I should've been to my daughter.

That is painful. And it is heartbreaking.

I know the full extent of the heartbreak because I decided four years ago, as a responsible adult, to try to get pregnant and have a child with my husband. We did this on purpose, and I carried and bore our son in love. Now I know what it is to have wanted and planned and had, instead of deciding to want after not planning, and that makes my regret over the past with my daughter that much more heart breaking. I see and feel and know now how I should have been. To add even more to what has now become the mutual pain and the heartbreak I share with my daughter, she sees how I interact with her brother. I don't know how much she remembers of when she was young, and things were different, and I wasn't the mom I should have been. But I can tell, sometimes, from the look on her face, that she must remember enough. It breaks my heart that I can't go back and be the same thing to her. We can't start over; she's fifteen. But we can do other things, and I try to do those things. A lot of times, I fail. She's at "that age" where she's frustrating to me, and I'm frustrating to her. I worry that, even though I'm trying, it's all too little too late.

I wish I could go back and change things. I wish I had made so many different choices after she was born, had done so many things differently. As a mother in general, so many days I spend thinking, "Damn, that would've been better if I had..." But, really, that makes being a mother even more frustrating. I sit and I wonder, "If I had done X differently, would X have happened?" The myriad other possible outcomes are truly maddening. Kids are maddening, too. They test patience. It's like they're genetically wired to do it. They have to learn boundaries, rules, and the exceptions to those rules. They have to figure out how far they can push before they are in REAL trouble; how far to push before mom finally can't stand any more on that day and wants to change her name (When I was younger, my mother would often say, “I’m changing my name!” and I never understood why until I had children).

And that's how motherhood is revealing. Motherhood—when I was young, and now—reveals all of my shortcomings, fears, worries, and weaknesses. When I'm tired, I have less patience. When I have to go to work, I have less patience. I am afraid of something out of my control and terrible happening to either of my children. I worry constantly. Sometimes I don't worry, and that makes me worry more. Sometimes I don't want to worry anymore, and I just want to sit down and read a book. Sometimes, like my mother, I really do want to change my name. Am I worrying enough to be a good mother? Even though I teach teenage girls, sometimes I just don't understand my daughter. I should try to understand her more. But should I? She's developing into her own person, and she won't be that person until...god only knows when, so why try very hard? Will she someday resent me for being so hands-off and logical instead of hands-on and huggy? Will I relive all of these worries again once my son outgrows the “cute” stage and reveals his true stubbornness he inherited from both his father and me? Probably.

I sent this post to my husband and asked him for feedback. He reminded me, again, as he has so often, that I do not give myself enough credit for the situation as it happened—I was a young mother, I was working and going to school full time, I did what I thought was best for my daughter even if she didn’t realize it. Maybe I don't give myself enough credit, but the situation was, and is, what it “is.” He reminded me that my daughter is in a great place now. We live in a good neighborhood. She's in high school (I don't know if "great" is the word for that place, as far as I remember, "terrifying" is more like it), she’s a student athlete, has friends, and is, overall, a good kid. So maybe I didn't fail too terribly in the beginning after all...

But that doesn’t change the fact that if I had to go back, I would tell myself to be a better mother. I would tell myself that complete selfishness is not an option as a parent; that becoming a parent is mostly an act of selflessness—we should never, as parents, lose who we were before we had our children—and that I need to get over guilt, no matter how young I was and no matter my regrets, and try to move forward for the sake of my daughter. But I would also tell myself, as my husband reminded me last night, that revisiting every situation and trying to figure out what I did wrong and how I could have done it better is not a good parenting or even a good life strategy. Probably most importantly, I need to tell myself that there is absolutely no such thing as a “perfect” parent. We all have flaws, and fail at and regret things despite our best efforts. I know now, more than ever, I need to recognize the good, along with the bad, and try to help shape both of my children into the best people they can be as I continue to try to be the best person I can be.

Ultimately, I need to learn how to forgive myself and look to the future rather than to the past.

I Had An Abortion In South Korea, Where It's Still Illegal: BUST True Story

I'm A Stay-At-Home Mom And I Hate It: BUST True Story

Heather Wheat is a mother, wife, daughter, etc.; writer, teacher, book-lover, reader, editor, and blogger. Her poetry has appeared in Long Exposure Magazine, and her work and essays have been published on McSweeney’s Internet Tendency, the blog of author Deanna Raybourn, in Richmond Magazine, and on The Washington Post’s education blog. She drinks massive amounts of coffee in order to function, and blogs about books—and sometimes about teaching and life—at wanderingbarkbooks.com. She also tweets a fair amount at @hwheaties.