My Doctor Thought I Had Two Vaginas 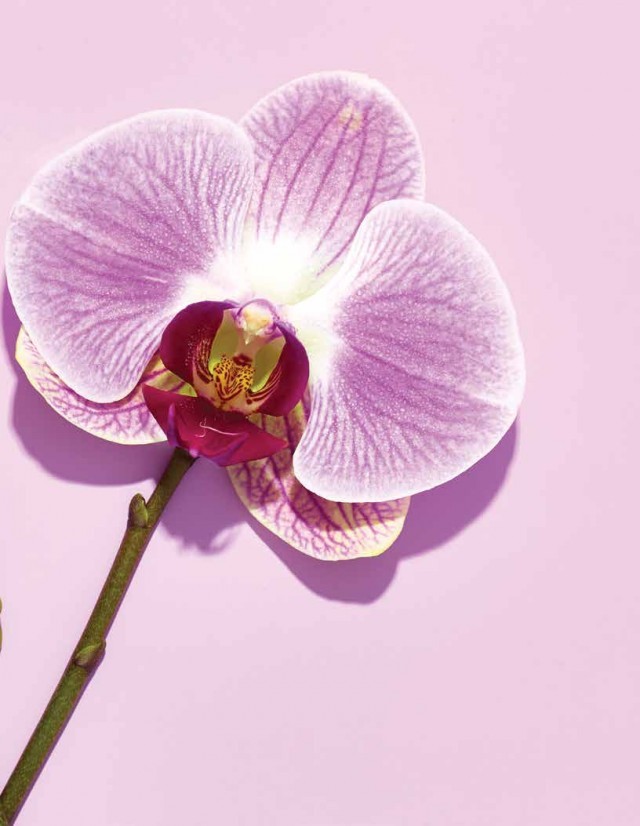 Imagine being 16 years old and having a doctor tell you he thinks you could have two vaginas. Lisa Gunn doesn’t have to imagine it—she lived it

The poster on the wall of the emergency room puzzled me: a woman with sad eyes stared straight ahead and the caption below read, “Do you experience vaginal dryness?” I wondered why this was hanging in the E.R. If there were vaginal dryness emergencies couldn’t people just go to CVS? The doctors could save patients time and money by keeping a tub of K-Y Jelly in the reception area.

I was 16, and had been rushed to the emergency room at 11 p.m. with severe pelvic pain. Four hours later, I was lying flat on my back with my feet up in stirrups while my mother sat awkwardly close to my nethers, examining them as if she could diagnose me with her eyes. “You might have appendicitis,” she said gravely.

“That’s not usually where an appendix is Mom,” I said. Normally, I would have objected more strenuously to my mother staring at my privates, but at this point, I’d grown inured to it. I’d already had a vaginal ultrasound and two different doctors had given me pelvic exams in such a perfunctory manner that I felt a bit dirty—and not in the good way. I was also, however, a closeted queer. So while I waited, I calmly wondered to myself whether I could say I lost my virginity to the hot, young, female intern with the short hair….

I was still wondering whether I’d experienced my sexual coming-of-age when the doctor arrived with a gaggle of medical students in tow. “So,” he said, staring down at me, “the good news is that you had an ovarian cyst that burst.”

“That’s good news?” I asked. A large cyst exploding in my body seemed like a negative to me.

“Well, it burst so—it’s gone now!” He gave me a thumbs-up. I smiled weakly.

“It’s quite interesting, actually,” the doctor said. “It’s rare, but you have two separate uteruses. It’s a birth defect. I’ve never actually seen a case myself.” Was the plural of uterus uteruses or uteri? I wasn’t sure I trusted a doctor who didn’t know how to pluralize basic parts of the female anatomy.

“You know,” he said, moving closer, crouching down to the examination table. He was talking in an excited whisper now, as if he was giving me the best news you could ever give another member of the human race. “You might even have two vaginas.”

I was only 16 and hadn’t done any deep genital exploration yet. And nobody had gone spelunking down there, either. But I was pretty positive I only had one vagina. “Wouldn’t I know that already?” I asked.

“Well, that’s the thing,” he said, looking back at the med students. “It would be like a sealed tunnel next to the primary vagina.” I stared at the sad woman with vaginal dryness. What possible reason did she have to be sad? She had a normal reproductive system with a slight malfunction. Uteri I could handle. But, if I had two vaginas, that would elevate me to the realm of sideshow freak. These thoughts were still spinning through my head when I realized the doctor was leaving. “You should schedule an appointment with your gynecologist to check and see whether you have one cervix or….” His pager beeped.

“Can’t you just check now?” I asked. Who was this man? He tells me I might be a mutant and then refuses to perform a test to confirm my fate.

“It’s better if your gynecologist does it,” he said. Then the doctor and med students left me lying there, cold on the table, legs spread apart like a frog freshly prepared for an impending dissection.

My mom leaned in sympathetically. “Honey, you don’t really want a man telling you whether you have two vaginas.”

“I’m just saying that, if I thought I had two vaginas, I would rather a female doctor tell me than a male doctor,” she explained. At times like these, it was best to ignore my mother entirely.

I couldn’t get an appointment with my gynecologist for a week—a week spent agonizing about my possible supernumerary vagina. I would be a shunned mutant. I would be single and unloved forever. How could I have a relationship after unveiling my second vagina? The only people willing to love me would be fellow mutants with two vaginas or perhaps even three.

I had nightmares about the possible diagnosis. “Lisa, you do have an extra vagina, but it isn’t exactly where we thought it would be,” the doctor would say.

"I spent most of my time studying, engaging in college- résumé-building extracurricular activities, and studying some more. Maybe an extra vagina was just what I need to set myself apart from the crowd."

“Where is it?” I’d cry out. “Well, it’s quite unusual actually, quite rare. It’s in your arm. If you go below the skin near your elbow, you’ll find a complete vagina that extends down your forearm.” An extra vagina in my arm seemed unlikely but not impossible. I’d seen a NOVA special on a woman who had an extra kidney on her upper back. So my extra vagina could also be in an extremely inappropriate locale. This could be inconvenient. If a girl accidentally bumped into my elbow on the bus, I might have a spontaneous orgasm. Then I’d have to explain that I wasn’t floored by her aesthetic beauty, it’s just that I had a clitoris on my elbow and she’d inadvertently grazed my fun spot.

I shared my fears with my best friend Jim. He wasn’t sympathetic. “I’ll be a mutant,” I said. “This isn’t good.”

“No,” he said, taking a sip from his Mountain Dew. “You’ll just be better than everyone else. Like, no matter what, you’ll have one distinct advantage.”

“I don’t know why you’re complaining,” he said. “This is the most exciting thing that’s ever happened to you.”

“It’s not the most exciting thing that’s ever happened to me!” I yelled. But actually, it was. I lived a mundane existence. I was a Type-A student at an elite prep school where everyone else was also a Type-A student. I spent most of my time studying, engaging in college-résumé-building extracurricular activities, and studying some more. Maybe an extra vagina was just what I needed to set myself apart from the crowd.

I supposed it could come in handy when I started having sex. “No, do the other one,” I’d say, “that one’s tired now.” And cavity searchers wouldn’t look for drugs in more than one vagina. Plus, if I did have a second vagina, it was a sealed tunnel, and the mystery of this appealed to me. I wondered whether there could be something inside: a secret scroll, or a clue like some-thing Nicolas Cage would discover in one of his treasure movies. “The ancient text is in Lisa Gunn’s second vagina!” they’d say.

Maybe an extra vagina was just what I needed to set myself apart from the crowd.

It could always be a quirky conversation point I could break out in an awkward silence. And no matter where I ended up in life—no matter how impoverished or lonely I became—I would always know that I was one vagina better than every other woman. I would always be special.

But alas, life doesn’t always work out the way we want it to. When I finally went to the gynecologist, she told me that I only had one vagina. One vagina—like everyone else.

For years, however, I exploited my special extra uterus. When asked to share something unusual about myself during group “trust building” exercises, I would always say, “I have two uteri!” People were either enthralled or disgusted by this proclamation, but it mostly worked in my favor. Somebody with enough gumption to reveal an extra uterus to a perfect stranger is somebody I’ve got to know, they’d think.

But now, I don’t even have that. Years ago, a surgeon went into my uteri and broke down the wall separating east from west, creating a spacious studio uterus, so to speak.

I realize that most people don’t rely on physical deformities to feel unique, but it worked for me. So, in the past few years, I’ve had to acquire odd hobbies to feel special. Currently, I enjoy lawn bowling and attempting to play the banjo.

I’m older now, and have learned to accept my one uterus with its one vagina. The other day, I even had to buy K-Y Jelly. It lives in a drawer in my nightstand. Whenever I have occasion to use it, I think of the depressed woman with vaginal dryness and silently nod to her in sisterly sympathy. Since I too, am a fellow non-mutant, with only one, slightly irregular, vagina.

One of the Boys

Tags: personal essay , vaginas , sexuality , sexual health
Support Feminist Media!
During these troubling political times, independent feminist media is more vital than ever. If our bold, uncensored reporting on women’s issues is important to you, please consider making a donation of $5, $25, $50, or whatever you can afford, to protect and sustain BUST.com.
Thanks so much—we can’t spell BUST without U.