How To Protect Yourself From Internet Trolls: Advice From A Gamergate Survivor 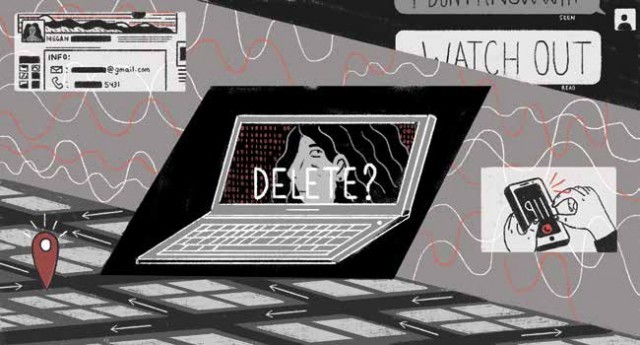 The Internet is a fraught place, especially for women. I know this firsthand. I research gaming and nerd culture and work for a large tech company; I also tweet about feminism. There’s a contingent of—let’s face it—dudes who don’t like that. In April 2015, the Internet sent a SWAT team to my mom’s house as a prank. This past October, a panel I submitted to SXSW was cancelled (though later reinstated) due to violent threats from Gamergate, an online group that harasses those working toward diversity in gaming. These problems proliferate in part because our systems were designed for sharing and amplification, not as safe spaces. So how can you protect yourself, and what recourse do you have if you are harassed?

Step 1: Secure your data and never share your location.
Add two-step authentication to every email client and social media network you’re on to help deter hacking. Google yourself and remove every instance you can of your home ad-dress, personal email, and phone number (resumé included). Don’t broadcast your whereabouts—geotagged photos and check-ins can reveal your daily routine to strangers.

Step 2: When posting, think about “threat modeling.”
How exposed are you? What were the last 50 things you posted, and what were the reactions to them? What questionable, aggressive, or mildly threatening interactions have you had? Were they online or offline? Which platforms were they on? Assessing these factors is called “threat modeling” and can help you decide how to further protect yourself.

Step 3: Learn the lingo.
“Doxing” refers to the release of a victim’s personal info on the Internet (credit card or social security numbers, cell phone numbers, address, etc.). When a harasser calls some-one’s local police department and verbally falsifies a violent crime in an attempt to get a SWAT team deployed to that person’s house, it’s called “swatting.” “Dogpiling” is when online harassers send threatening messages with high fre-quency in a short period of time.

Step 4: Know your options.
If you are harassed, try to remain calm and know it’s not your fault. Go to Crash Override, a non-profit that helps victims of online abuse and offers tons of resources about what to do when you’ve been doxxed or swatted, when to reach out to police, and how to start healing. Document your abuse by screenshotting tweets and saving emails, and let loved ones know if you think you might be the victim of something that may involve them (like swatting). If you’re experiencing sustained harassment from one user, go to the police and try to contact a local FBI agent. Though there isn’t much they can do, having proof will be helpful, especially if you decide to hire a lawyer to fight the harassment. If you feel particularly unsafe, make your Twitter and Instagram accounts private.

Stray Cats Take Over The G20 Summit, Steal The Spotlight From Obama