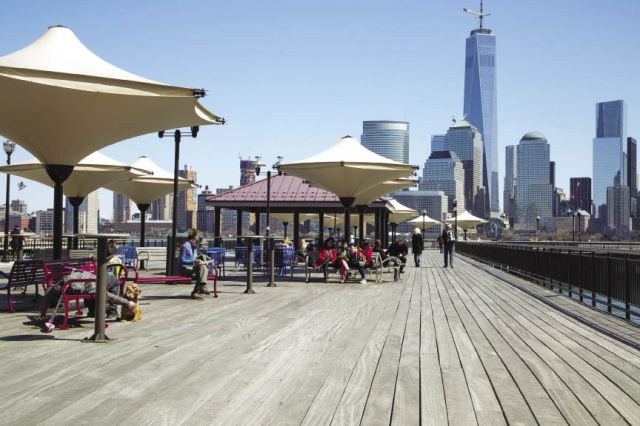 Jersey City's official nickname is “The Golden Door,” but a more fitting one might be “the best of both worlds.” The second-largest city in New Jersey (watch your back, Newark!) is just eight minutes on the PATH train from Manhattan, but manages to feel totally unique from that big city across the river. From Downtown’s boutiques and brownstones to Bergen-Lafayette’s historic architecture and the bustling Little India near Journal Square, around each corner waits a distinct neighborhood with a small-town feel—and plenty of surprises. 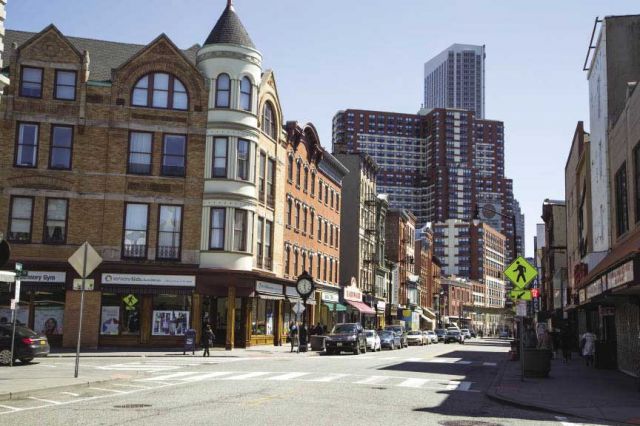 Jersey City is one of the most diverse cities in the United States, which makes it a gourmand’s dream come true. Sapthagiri Taste of India (804 Newark Ave.) is just one of the many delicious Indian restaurants on Newark between Kennedy Blvd and Tonnelle Ave. Philippine Bread House (530 Newark Ave.), Sushi Tango (516 Jersey Ave.), and Kraverie (24 Mercer St.) offer other Asian cuisines. Pick up something for BYOB French restaurant Madame Claude Café (364 1/2 4th St.) at its convenient sister establishment, Madame Claude Wine (234 Pavonia Ave.). Taqueria Downtown (236 Grove St.) serves up satisfying Mexican food on the go. And for dessert, try lychee or papaya ice cream from Torico Ice Cream (20 Erie St.). 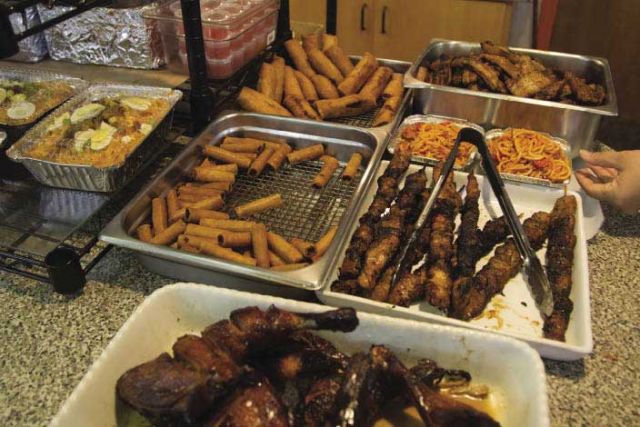 From dive bars to artisanal tea, JC is chock-a-block with places to sip, swig, and swallow. LITM (140 Newark Ave.) has art both on the walls and in its rotating list of seasonal signature cocktails. Quaff craft beers from across the country at Pint (34 Wayne St.). Lucky 7 (322 2nd St.) serves up cheap drinks and punk rock atmosphere. Prefer your beverages sans alcohol but avec caffeine? Check out Modcup Coffee (479 Palisade Ave.), a swinging London-inspired coffee shop, or Do You Tea? (942 Summit), a charming tea house that shares space with WHOS Gluten Free bakery. 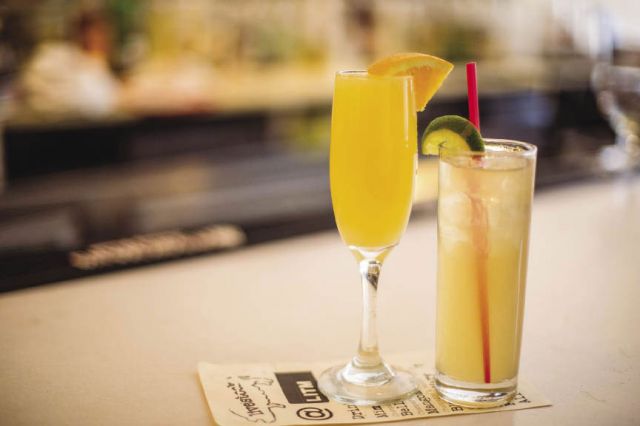 SHOPPING
942 Summit is also home to Bloomsbury Sq., a spot for all-natural bath and body products. Another Man’s Treasure (272 Grove St.) is the local vintage mecca, but newer arrivals E Tittlemouse & Co (246 Bay St) and Very Clothes & Goods (9 Erie St.) are also worth scouring. Iris Records (114 Brunswick St.) boasts a comprehensive selection of secondhand vinyl at all price points. Pick up a copy of Helene Stapinski’s Five-Finger Discount, an engrossing, personal history of Jersey City, at the independent WORD Bookstore (123 Newark Ave.), though you might be able to find a used copy for 50 cents at the Grace Church book sale (39 Erie St., Sunday afternoons) or even less at Jersey City Free Books (297 Griffith St.). Express your home’s offbeat style with a shadowboxed tarantula from Kanibal Home (213 Montgomery St.). There are too many farmers’ markets and craft fairs to list here, but there’s sure to be something in the air (weather permitting) on any given day. 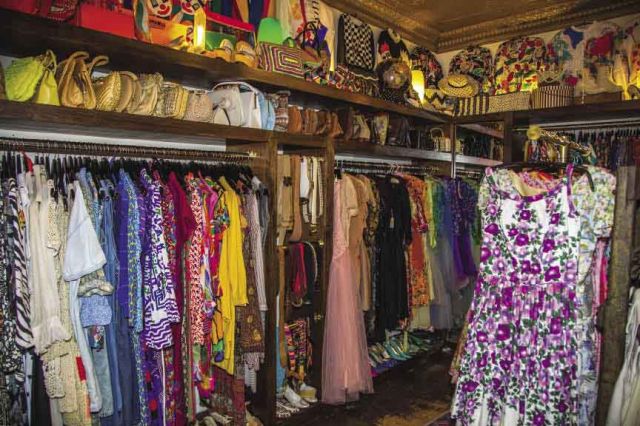 HISTORY
Originally settled by the Lenape tribe, Jersey City saw its first European arrivals in the 1600s, and there are still a handful of houses from the Colonial era. Volunteer-operated Harsimus Cemetery (435 Newark Ave.) is a great place to explore this history—the site played a role in the American Revolution, the Underground Railroad, and The Sopranos—while you pet the goats that come to chomp on invasive weeds. Catch the ferry from Liberty State Park to take in the view from the crown of the Statue of Liberty and clamber about on a Hard Hat Tour at Ellis Island; both are located in JC, no matter what envious New Yorkers might claim. While you’re in the park, check out the old Central Railroad Terminal (Audrey Zapp Dr.) and Liberty Science Center (222 Jersey City Blvd.). 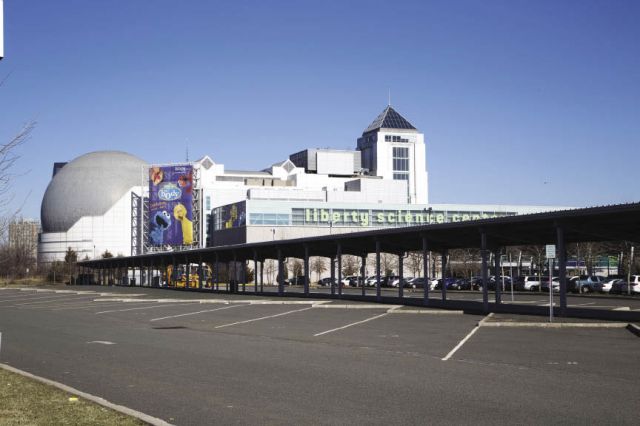 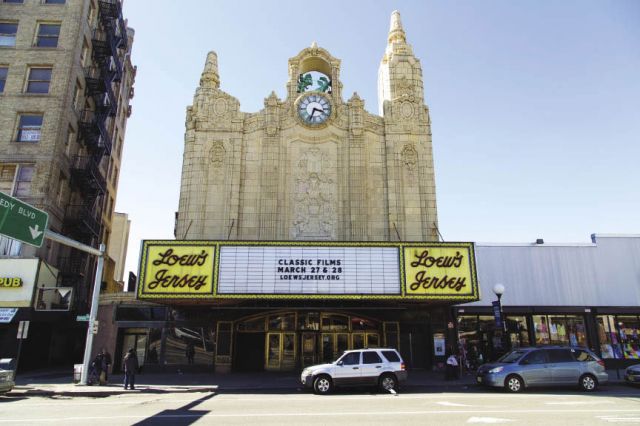 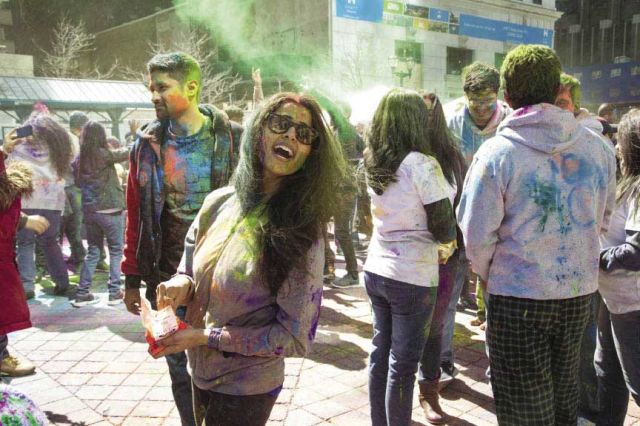 ARTS
The easiest way to take in art in JC is to just look around. Local artists have covered walls around the city in murals that depict friendly robot families, sea witches upon piles of skulls, giant koi, and more. You can also check out the gallery scene, which includes just about every restaurant and bar mentioned here. MANA Contemporary (888 Newark Ave.) is a behemoth complex housed in a former tobacco factory. Another local force, Art House Productions (136 Magnolia Ave.), organizes JC Fridays, which take place on the first Friday of March, June, September, and November, and include special events, pop-up art shows, and concerts all over town. One of our biggest yearly events is October’s JC Art & Studio Tour, in which dozens of businesses, studios, and private residences open their doors to become galleries for a weekend. On a smaller scale, JC Made (295 Grove St.) sells souvenirs and works by local artists. 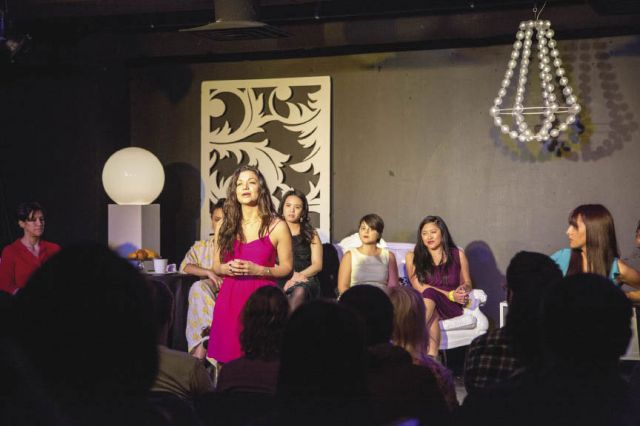 Around the World in 80 Girls: #74 by Elise Nussbaum

This article originally appeared in the print version of our June/July 2015 issue. Subscribe here.