Ask A Trans Man: Chris Edwards Answers All Your Questions 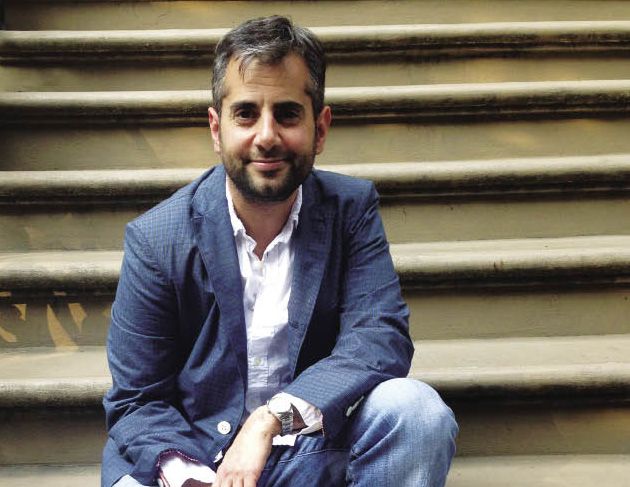 You’ve got questions: He’s got answers. Changing your gender takes balls, ones you might not’ve been born with. And as Chris Edwards will tell you, if you’re gonna do it in front of family, friends, and a few hundred coworkers, you better have a pretty big set. When he openly began his transition from female to male back in 1995, the word transgender didn’t exist. Now it’s everywhere–including the cover of Time. Naturally, people are curious, so we asked Chris to give us the answers to the questions he’s asked most often.

When did you “know”? Most trans people will tell you they always knew. That makes sense, because doctors say gender identity is solidified between the ages of three and six. I knew something wasn’t right when I was four. My grandmother called my sister and me to dinner by saying, “C’mon girls.” I didn’t budge. I honestly didn’t think she was talking to me.

Was your family supportive? Yes. But they weren’t all, “Well, let’s go find you a surgeon and do this thing.” It took time for them to get used to the idea. But once they understood that, for me, this was life or death, they supported me every step of the way. Sadly, this isn’t the norm. More than 50 percent of trans people say they’ve been rejected by their families.

How did your friends react? They were all incredibly supportive. Most thought I was gonna tell them I was dying, so the gender thing was a relief. Unfortunately, not everyone has friends as awesome as mine.

Were you harassed at work? No, but my dad was the CEO of the ad agency where I worked, so it would’ve been career suicide to fuck with me. Again, that’s not the norm: 9 out of 10 transgender people report being harassed on the job.

When do you tell the person you’re dating? That’s tricky. Most of my GFs were already aware of my gender sitch. But for the few that weren’t, I’d wait till they got to know me, so there was no pre-judgment. Then I’d drop the bomb before moving into the sexy-time stage. But there’s really no magic formula.

Did you have “the surgery”? No, I had 28 surgeries. I went for “the deluxe model”: a penis with sensation that I could pee through and have sex with—a quest that took five years. Many trans men opt for less extensive “bottom surgery” options. Some just have chest surgery and call it a day, and others choose not to have surgery at all. Bottom line: the idea of a “one and done” transformation is a myth.

Do you have any regrets? Hells no.

Tags: from the magazine , gender , surgery , trans , Q and A , transformation