If any of you have been reading this bloghole for long enough, you know that 99.9% of my posts are about (my boyfriend) TV. And while the television preferences of BUST staffers differ (ie. Callie gravitates towards reality shows like Miss Rap Supreme and So you think you can dance? while Debbie and Laurie love 30-rock), MY addiction and uncontrollable love affair with television, while it be shitty, sub-par, teen drama or not, has moved my fellow co-workers to rightfully dub me TaraTV. But while my persistent lapses in judgment for choosing which shows to watch (i'm a sucker for the Hills which quite possibly could be the worst show on television) has the rest of the office bewildered...the one thing we can ALL agree on is the absolute masterpiece that is Mad Men. It's the one show that has everyone of us glued to the small screen (whether it be via TiVo or SurftheChannel.com). Granted, Emily has only made it halfway through the 1st episode of season 1, but she promises to keep watching with great conviction. It has totally claimed my life and the lives of others in the office and it's becoming a topic of conversation during EVERY single day!

Ok, first of all, let's start with fashion. And really, that could be enough. Watching those ladies in their frocks from yesteryear is truly gut-wrenching. Not that wearing girdles is ever something I fantasize about, but they all make those teeny-tiny cinched waists look painless! Not to mention, the oh-so-classy pencil skirts and cardigans, brooches and red lipstick, retro floral printed dresses with full skirts, and perfectly groomed hair. And though every character's look is carefully reflective of the 60's, each leading lady has a style all their own. 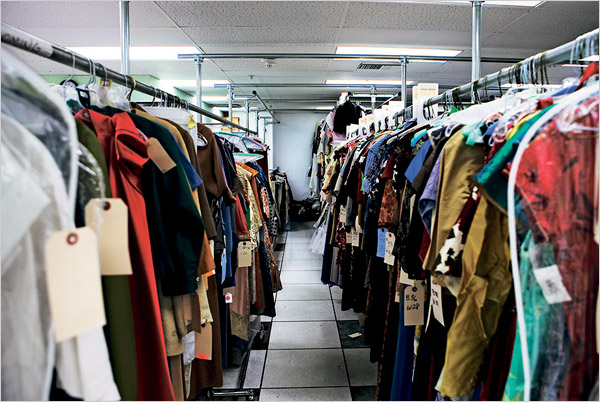 Then, of course there is the smoking, drinking, smoking, womanizing, smoking, racism, writing, smoking...
and what is it really that has us all so emotionally entwined with these characters who exercise all the traits we so vehemently disagree with? perhaps its like watching old black and white, turn of the century war movies...seeing how people lived in different times musters feelings of nostalgia, whether you were alive to bear witness to them or not. or maybe it's the knowing that each anti-semitic joke or lunch martini will be their downfall, because at the end of day, they are all human beings: flawed with weakness. Either way, it's absolutely gripping television. And the plots and characters are so well-written and developed (something very unfamiliar in this day and age of crap reality bullshit), that it's like watching a 42 minute movie each episode. Which is exactly what creator, director and executive producer Matthew Weiner had in mind for the show. Every prop, garment, and part of speech is nit-picked with accuracy as to make the it not like a TV show. I think his plan is working. It's pure genius.

Read more about Weiner and the making of the show here . If you're as obsessed with the show as we are, that is.

Tags: General
Support Feminist Media! During these troubling political times, independent feminist media is more vital than ever. If our bold, uncensored reporting on women’s issues is important to you, please consider making a donation of $5, $25, $50, or whatever you can afford, to protect and sustain BUST.com. Thanks so much—we can’t spell BUST without U.