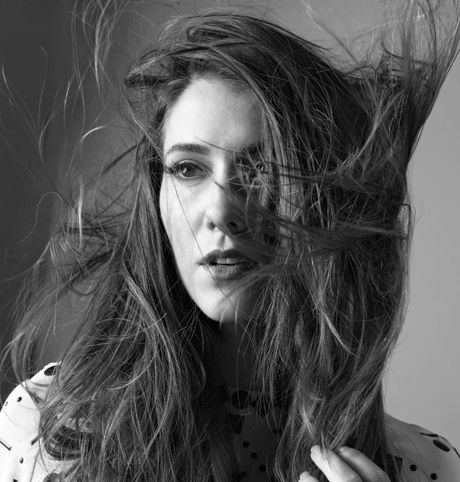 With her brave performance in Smashed, Mary Elizabeth Winstead proved she’s an acting force to be reckoned with. Here, the up-and-comer who gained cult status as Ramona Flowers in Scott Pilgrim vs. the World opens up about getting star-struck, getting wasted, and getting excited for Jell-O-mold season

How did you get into acting?

I feel like I’ve been acting my entire life. I started out on the stage as a toddler, dancing and singing and performing in plays. I lived in Salt Lake City, and in the ’90s, Utah was a big place for film shoots. It was full of agents and casting directors, and I got to guest-star on a couple of TV shows. I couldn’t believe that you could get paid to act as a job. It just always felt like the thing I was meant to do, so I kept following it and was lucky enough to be able to make a living off of it once I reached adulthood.

After appearing in so many horror and genre movies, what made you decide to do a low-key indie film like Smashed?

When I first got into acting, I had the misguided idea that all films were like independent films as far as really getting in touch with your emotions. But I learned quickly that it’s actually very rare to get to focus on that. As the years went on, I started yearning for that more raw experience you get in films where you’re not just worrying about whether the alien is coming to attack you. I wasn’t doing what I really wanted to do, and there was no excuse for it anymore. I knew I had to figure out a way to get there.

Did you go on any all-night benders to prepare for this role?

Aaron [Paul] and I went out one night before we started shooting, to build the bond that we needed in order to play a couple. I think we were supposed to go to five bars, but we only made it to one. I just couldn’t last. Apparently, I’m a bit of a lightweight, but we had a great time. He has videotape of it somewhere on his phone, but it will hopefully remain secret. 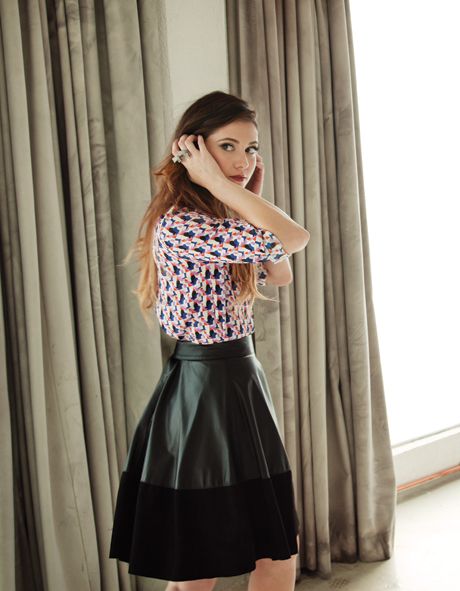 Your profile keeps getting higher with every big movie you do. Are you afraid of any of the negative consequences of fame?

I think all actors would love to have that moment where we get to choose the projects we want to do and the filmmakers we want to work with, but that comes with a lot of pressure and scrutiny, and that definitely scares me. You just have to be really positive and focus on all the good things that come your way.

Horror isn’t a genre that’s usually kind to women. Were you aware of that brand of stereotyping when shooting those movies?

Maybe it’s a mix of luck and the choices that I’ve made, but I feel like I’ve managed to stay away from that typical woman’s horror role, where she’s running around in a tank top, screaming. I was never scantily clad, and I was always the one trying to fix things and save people. Throughout my career, I’ve done things that maybe aren’t the most highbrow, but there are a lot of other things I’ve avoided, and being exploited in a way that makes me uncomfortable is something that I’ve never gotten into. I could have easily jumped into projects where I’d have to do a gratuitous nude scene right before I got killed, but I really didn’t want to go that route.

What kinds of horror movies inspired you during those shoots?

I’ve always been a big horror fan, especially classics from the ’70s and ’80s. I’ve always loved Alien, Rosemary’s Baby, and The Shining. Those were the things I aspired to. I feel like I’m trying to stay away from horror for a while, just to branch out and establish myself in a different way. Of course, nobody can touch those movies, but one day I would love to go back into it and keep trying to make that really great horror film, because they can be incredible when they hit the right nerve.

Do you do any of your own stunts?

Yeah, I’ve done a lot of stunt work, and I really love it. I did several months of training for Scott Pilgrim vs. the World with a martial-arts stunt team from Beijing. I also did stunts on The Thing and on other films where there was a lot of running and jumping and falling, which is fun.

The holidays are coming up. What do you usually do to celebrate?

I have a huge family, so we always get together somewhere—usually in North Carolina, where my parents live. We tend to have a pretty big Christmas and lots of presents. Sometimes we go up to Asheville, which is this beautiful city in the mountains of North Carolina, and there’s this huge castle that’s all lit up around Christmastime. It’s really great. I just love being with my family during the holidays. It’s sort of cheesy, but I love it.

Subscribe now to read the rest of our interview with Mary Elizabeth Winstead.

This interview appears in the Dec/Jan 2013 issue of BUST Magazine.