This summer it was hard for me to catch a lot of the Olympics because I don’t have a TV, so once in awhile I’d be lured into a bar, and with surprise (or perhaps not), found myself watching in awe, cheering, and even crying at the Olympians’ accomplishments. (Gabby Douglas had me tearing up over my beer.) But the one game I knew I couldn’t- and wouldn't- miss was the U.S. women’s soccer team taking on Japan for the  Gold. If you don’t know, the Women’s World Cup came down to these very two teams, and Japan won in an overtime shootout. At that time, the country had just been through absolute HELL, and so, when they won, I was really happy for them.

This time, though, I really wanted the U.S. to win. Since Japan got the last victory, I felt it was fair to root for my home team with all my heart and soul. I was at work on game day, where luckily I get to watch TV from time to time. I coerced someone out of watching basketball by explaining that this game was the biggest deal in the history of the world (duh). And was it? Yes, I think it was.

Let’s start with the goalie. Her name is Hope Solo, and she really was the star of the game in my opinion. Save after amazing save, she had my jaw ajar and my eyes glued to the set. A diving header that would have been a beautiful goal for Japan (sorry!) was saved with the palm of Hope’s hand, and then followed up by our defense perfectly. A penalty kick headed straight towards the goal was rejected with a double fisted punch, after which Hope was slammed into by 2 other players, one from each team. In the 83rd minute of the game Hope made a flying leap to her left and knocked the ball out. God, that was beautiful. 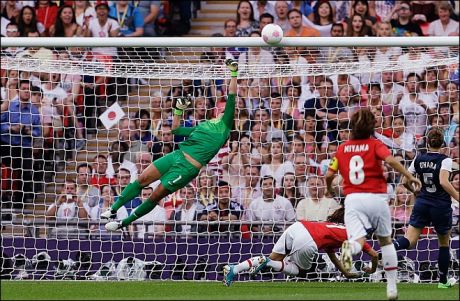 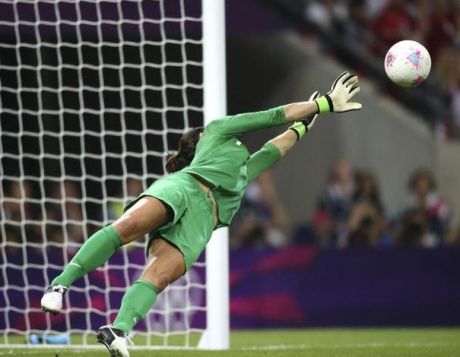 Now for our goals... I only saw the first one, because I was called away to do some work before the second point was scored. I guess I gotta get paid. But AAAAAAAAHHHHHHHHHH the first goal had me jumping up and down, screaming! It was set up by Alex Morgan, who passed it to Abby Wambach, who attempted to kick it at the same time that it was taken care of by the lunging Carli Lloyd, who forcefully and succesfully headed the ball right into a goal, putting us in the lead. BOOM shakalaka. The second goal, which I later looked up, was also made by Carli, who effortlessly (or so she made it look,) just dribbled up and shot it in. Amazing. 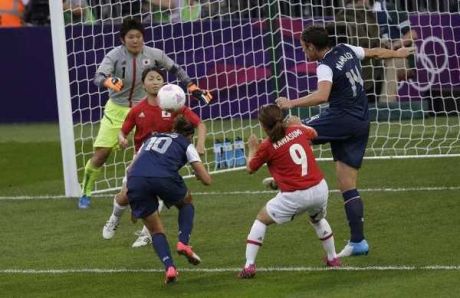 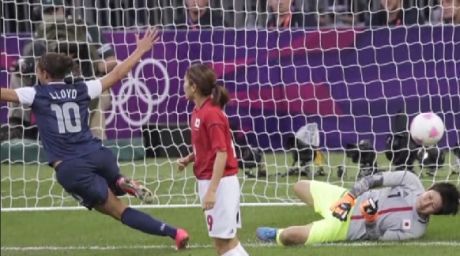 All of the players on the team played their hearts out, and of course those who weren't making goals or saving them don't get as much attention and glory, so I want to give a shout out to everyone. Without defense and midfielders, the game would not go on.

Japan scored one goal during the game, making the final score 2 to 1, and giving the U.S. the Gold!  Oh yes. When my team stood in line with their medals, holding each other’s hands up in the air, it was the cutest thing I’ve ever seen. Cuter than puppies and pandas and definitely babies.  I can’t wait until the next time they win the gold medal. CONGRATULATIONS TEAM USA!!!!