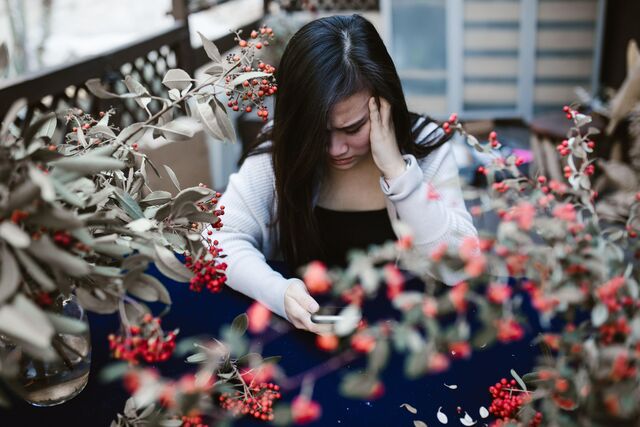 A Wall Street Journal article published on Tuesday revealed that for the past three years Facebook has conducted research on the ways in which Instagram (owned by Facebook since 2012) impacts the mental health of its users. The results are grim, especially for one of Instagram’s top demographics: teenage girls.

In a March 2020 company presentation obtained by the Journal, Facebook’s researchers stated that, “Thirty-two percent of teen girls said that when they felt bad about their bodies, Instagram made them feel worse.”

A similar research presentation from 2019 noted, “Teens blame Instagram for increases in the rate of anxiety and depression...This reaction was unprompted and consistent across all groups.”

Facebook’s team conducted online surveys with thousands of Instagram users and also met with teenage girls in focus groups to better understand their experiences on the app. “I felt like I had to fight to be considered pretty or even visible,” one teen told researchers of her time on Instagram. Other teens discussed feeling insecure about their bodies when looking through their Instagram feeds, even if they had a positive self-perception offline.

On top of this, Facebook’s research indicated that the hyper-sexualization of girls on Instagram has had negative effects on the mental health of young users. This aligns with previous studies, which revealed that exposure to sexualized pictures on Instagram increased body dissatisfaction amongst young women and increased their desire for cosmetic surgery.

Facebook researchers’ findings were made widely available within the company via an intra company message board and were, in fact, presented to Facebook CEO Mark Zuckerberg himself.

Documents obtained by the Journal indicate that Zuckerburg and other executives were routinely briefed on issues relating to teen mental health, political discourse, and human trafficking on the company’s various platforms. For two years, top Facebook officials have been well aware of Instagram’s dire mental health consequences.

This new information is drastically at odds with the public statements Facebook has offered regarding the impact of Instagram. As recently as May, head of Instagram Adam Mosseri said that research suggested the app’s effects on teens as being “quite small.”

Similarly, at a Capitol Hill hearing this March, Zuckerberg denied a link between social media use and the declining mental health in teens and children, stating, "I don't think that the research is conclusive on that.” This hearing came two years after his own research team had reached near identical conclusions.

Now, Facebook is scrambling to clean up its dirty laundry. In a statement posted on Tuesday, Instagram’s head of public policy, Karina Newton, addressed the Journal report directly, stating: “While the story focuses on a limited set of findings and casts them in a negative light, we stand by this research. It demonstrates our commitment to understanding complex and difficult issues young people may struggle with, and informs all the work we do to help those experiencing these issues.”

But what “work” is Newton referencing? Her statement goes on to address Instagram’s latest feature where users can hide like counts. She also mentions that the company is conducting new research on how long users dwell on certain types of content (i.e. images they may be comparing themselves to). The “what’s next?” for Instagram essentially ends there.

While Newton promises increased transparency from Facebook moving forward, her statement offers no concrete course of action or apology on behalf of the company.

Since March, Facebook has discussed plans for a new, tween-tailored version of Instagram called Instagram Youth, stating, “We believe that encouraging them to use an experience that is age appropriate and managed by parents is the right path.” Facebook has maintained that this new Instagram would be a positive step toward curbing mental health concerns.

However, this plan does not account for the experiences of older teens and young adults on the app. It also remains unclear how specifically Instagram Youth would address self-comparison, body image, and other issues deemed particularly consequential for young users.

In a letter sent to Zuckerberg in April, Sen. Ed Markey of Massachusetts and Reps. Kathy Castor of Florida and Lori Trahan of Massachusetts called for Instagram Youth to be dissolved, stating: “We are deeply concerned that your company continues to fail in its obligation to protect young users and has yet to commit to halt its plans to launch new platforms targeting children and teens."

If Facebook won’t listen to its own researchers, why should it be allowed to further its outreach to adolescents, who are especially vulnerable to mental health issues?

Other countries such as Norway have passed legislation making it illegal for influencers and celebrities to photoshop images of themselves on social media unless they specifically state that they have done so.

The same day the Journal article was released, TikTok unveiled a variety of new features to support those who may be struggling with depression, eating disorders, and/or suicidal thoughts. These new features include well-being guides and a search intervention that directs users to crisis lines if they look up certain phrases, such as #suicide, on the app.

It remains to be seen whether Instagram will follow TikTok’s lead and implement explicit mental health resources. So far, Instagram has partnered with nonprofits to produce “emotional resilience” videos, which call on teens to affirm that, “I am in control of my experience on Instagram.” But if this recent outrage over Facebook’s complicity is any indication, the company will need to increase measures to make Instagram a safer space for its teen users.

Stop Calling Your Body 'Midsize,' Says Internet. But It's Less Clear About Why You Shouldn't Use The Term

Tags: Instagram , Facebook , teen girls , social media , body image , depression , mental health
Support Feminist Media!
During these troubling political times, independent feminist media is more vital than ever. If our bold, uncensored reporting on women’s issues is important to you, please consider making a donation of $5, $25, $50, or whatever you can afford, to protect and sustain BUST.com.
Thanks so much—we can’t spell BUST without U.