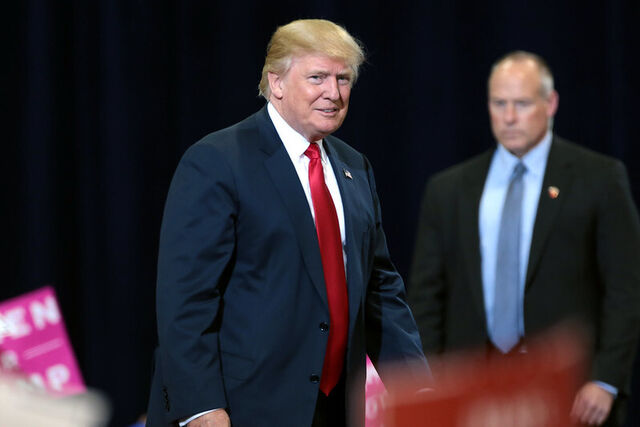 After downplaying COVID-19 for his own political gain and consistently and xenophobically calling it the “China Virus,” Donald Trump and Melania Trump have both tested positive for the Coronavirus. CNN reports that many White House officials knew that Hope Hicks, a senior counselor to the (impeached) president, had tested positive for COVID-19 on Thursday morning but encouraged Trump to attend a New Jersey golf club fundraiser with an attendance of over 100 people.

At this fundraiser Trump reportedly seemed “lethargic” but still repeated his message that “the end of the pandemic is in sight.” By 1:00 am on Friday morning, he sent out a tweet confirming both him and his wife, Melania, had tested positive for the virus. A White House official went on record saying that Trump was experiencing “mild symptoms.”

As with any case of COVID-19, there are ways to predict what could happen but no way to know for sure. As a study in Nature discovered, older men produce a weaker immune response to the virus than women their same age but many older men have recovered from the disease.

Although no clear treatment plan has been released to the public, it seems that the Trumps will quarantine at the White House and monitor their symptoms. Mike Pence, the Vice President, tested negative Friday morning. The next in line to carry out Presidential duties in the case of debilitating illness is Speaker of the House, Nancy Pelosi, who is awaiting her test results.

On MSNBC Friday morning, Pelosi said, “it might be as you say a learning experience.... This is tragic, it's very sad... Going into crowds unmasked and all the rest is sort of a brazen invitation for this to happen. Sad that it did, but nonetheless hopeful that it will be a transition to a saner approach to what this virus is all about.”

According to Yamiche Alcindor, a White House correspondent for PBS, a Joe Biden aide confirmed that their team was not notified of the positive tests by the Trump campaign but rather found out via the news. This afternoon, Biden shared that he tested negative for COVID-19.

Moving forward, Trump’s in-person Friday campaign plans were cancelled and due to isolation it is assumed any in-person events for the next two weeks will be postponed.  The economic response to this news includes sliding stocks and oil futures. For non-economists, this just means these particular investments are more dependent on policy shifts which could be deeply affected by Donald Trump’s sickness or death. This is an evolving story but at this time, there is no update concerning how the debates could look or if they will need to be postponed.

Although many have wished the Trumps a speedy recovery, the top tweets of the morning are responses to the calls to pray for their health:

I will not be praying for any of those people. Pray for the 200,000 people who died because this administration is incompetent, reckless, and heartless.

In 100% seriousness, my prayers to all the Black and brown service people who work in the White House and the residency. They don’t deserve any of this.

Study Shows That COVID-19 Disproportionately Affects The Lives Of Mothers