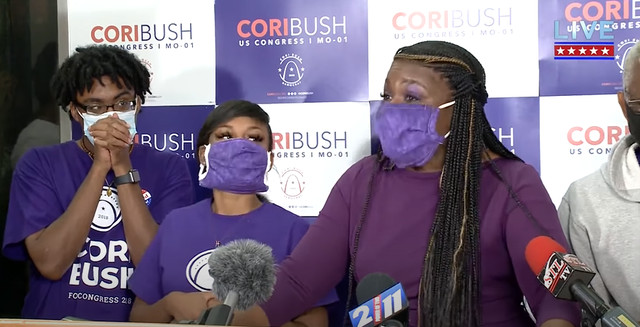 In a historic win, Bush knocked Clay out of his 1st Congressional District seat. Clay has held this seat since 2001 and his father held it before him.

If elected to Congress in November, Bush would become the first Black woman to represent Missouri in Congress, according to NPR.

“It is historic that this year, of all years, we're sending a Black, working-class single mother, who has been fighting for Black lives since Ferguson, all the way to the halls of Congress," Bush said in her victory speech, according to NPR.

Bush ran and lost in 2018, which was featured in the Netflix documentary Knock Down The House.