Chrystul Kizer, A Teenager Sentenced For Killing Her Alleged Trafficker, Is Out Of Jail On A $400,000 Bond 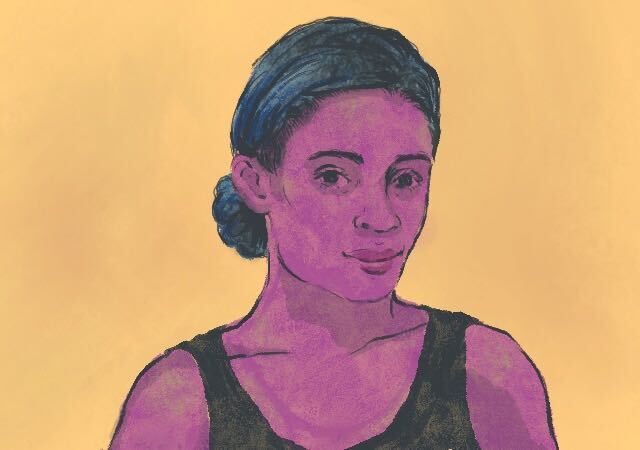 Chrystul Kizer, 19, was let out of jail Monday on a $400,000 bond put up by the Chicago Community Bond Fund and other organizations. She currently faces a life sentence in prison on charges of first-degree intentional homicide and use of a dangerous weapon, as well as four other felony charges, after killing her alleged sex trafficker, 34-year-old Randy Volar, according to CNN.

Kizer maintains that the move was in self-defense, claiming that Volar had been abusing and trafficking her to other men for over a year, since she was 16 years old. The two met on Backpage, a sex work website recently taken down because of its association with child trafficking, according to BuzzFeed News.

Kizer confessed to shooting Volar in the head twice and then lighting his home on fire in June 2018 after Volar pinned her to the floor for refusing to have sex with him. She has spent two years in jail awaiting trial, according to CNN.

Volar had a history of abuse before Kizer. According to BuzzFeed News, he was arrested in 2017 on charges of child enticement, using a computer to facilitate a child sex crime, and second-degree sexual assault of a child. Evidence, including hard drives and clothing, was collected from his home, according to BuzzFeed News. However, he was released the same day while the police continued to investigate.

Many have made connections between Kizer’s case and Cyntoia Brown-Long’s case from 2006. Brown-Long was convicted of aggravated robbery and first-degree murder after killing Johnny Allen, 43, according to NPR. Brown-Long was 16 at the time and was picked up by Allen for sex at a nearby Sonic.

When she thought Allen was reaching for a gun to kill her, she pulled a pistol out of her purse and shot him, then drove away in his truck with his money and guns. Although Brown-Long maintained that she acted in self-defense, she was sentenced to life in prison.

In her appeals process, Brown-Long testified that, at the time of the killing, she was in an abusive relationship with a drug dealer who forced her into prostitution, according to NPR.

Brown-Long was released from prison late last year after serving 15 years following public outcry that her imprisonment was “unreasonable incarceration of a teenager who was a victim of sex trafficking,” according to NPR.

"Here was yet another situation where there was a young girl caught up with some unfortunate circumstances, who reacted out of trauma," Brown-Long said about Kizer’s case to BuzzFeed News. "And the justice system wasn't necessarily trying to hear that, trying to see that."

The Chicago Community Bond Fund says it will use Kizer’s bond money to create a national fund for survivors of domestic and sexual violence who are facing charges after her case ends.

"Far too often, survivors of violence -- especially Black women and girls -- are punished for defending themselves," the Community Bond Fund said in a statement. "Chrystul's case highlights the urgent need for the criminal legal system to stop prosecuting survivors of domestic violence and sexual assault."