The U.N. to Host Special Session Next Week to Investigate Police Brutality in America 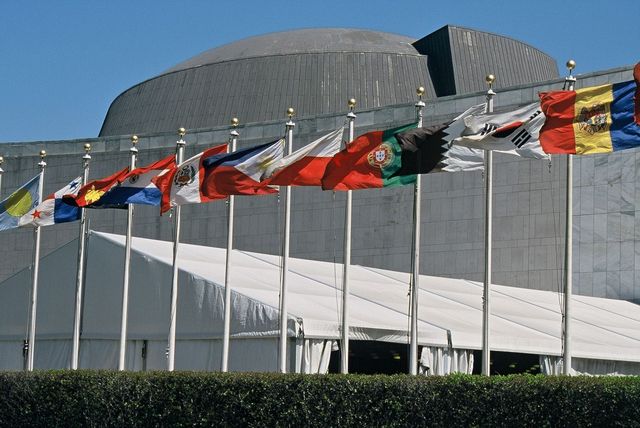 The U.N. will be examining systemic racism and police brutality in the U.S. in the upcoming weeks. The Human Rights Council, an inter-government system with 47 members, said on Monday that it will be looking into the deaths of black people in America and the treatment of the cases in the justice system. This comes after a number of African nations called for the U.N. to investigate this epidemic of police brutality.

“Structural racism and police violence are issues, which are commonly raised by states and civil society at meetings of the council, as are unlawful killings by police and racial bias in policing. And, the aim, of course, is to prevent such abhorrent acts.” U.N. human rights spokesman Rolando Gomez told Voice of America.

Burkina Faso led the request on behalf of the 54 other African nations. They pointed out specifically the case of George Floyd, an unarmed black man who died after a white Minneapolis police officer knelt on his neck for nearly nine minutes while other officers stood to the side. This sparked weeks of continuous protests worldwide.

“The tragic events of 25 May in Minneapolis that led to the death of George Floyd led to protests around the world in protest of injustice and police brutality that persons of African descent face on a daily basis in many regions of the world. The death of George Floyd is unfortunately not an isolated incident. Many other cases of persons of African descent having faced the same fate because of their origin and police violence exist.” Dieudonné W. Désiré Sougouri, Burkina Faso’s ambassador to the U.N., said in the formal urgent debate request.

Separately, the outrage of Floyd’s death and the epidemic of police brutality and systemic racism lead to protests and calls for action. The Human Rights Council noted that 600 activist groups and victims’ relatives had called last week for a special session.

And, a group of U.N. leaders, including World Health Organization Head Tedros Ghebreyesus, signed a statement calling for world leaders for action. The statement read:

“We owe it to George Floyd and to all victims of racial discrimination and police brutality to dismantle racist institutions. As leaders in the multilateral system, we believe it is incumbent upon us to speak for those whose voices have been silenced, and advocate for effective responses that would contribute to fight systemic racism, a global scourge that has been perpetuated over centuries.”

In early 2018, the U.S. withdrew from the U.N.’s Human Rights Council. Nikki Haley, U.S. ambassador to the U.N., said that the U.S. could not be a part of a U.N. body that was a “protector of human rights abusers, and a cesspool of political bias.”

Tags: police brutality , black lives matter , united nations , systemic racism , human rights council
Support Feminist Media!
During these troubling political times, independent feminist media is more vital than ever. If our bold, uncensored reporting on women’s issues is important to you, please consider making a donation of $5, $25, $50, or whatever you can afford, to protect and sustain BUST.com.
Thanks so much—we can’t spell BUST without U.