A Double Standard as Old as Time: A Brief History Of Rioting 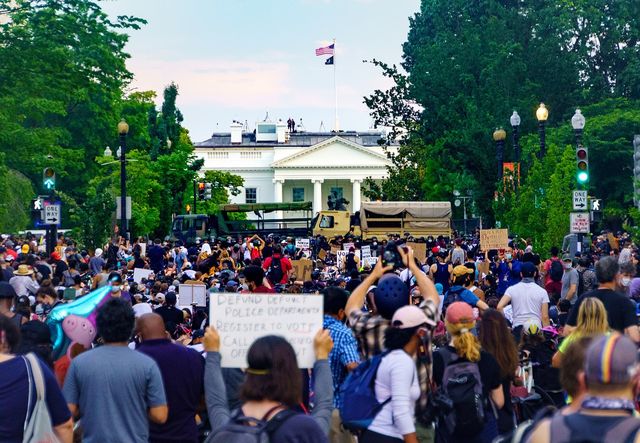 In our usual white amnesia, people have forgotten America’s history of riots dating back to the 1700s. As you likely learned in history class growing up, Americans tried to politely speak to England and show them a list of demands, but once it was clear independence would not be given, the newly formed colonies rioted for their freedom. There was violence, property destruction, and anger-filled riots all across the colonies. We read about them now in textbooks as massacres and battles but make no mistake: many of these instances were grassroots efforts by colonizers fighting for freedom.

Riots arise when a group of people realize they are being unjustly ignored. They arise after talking, discussions, reasonable requests, and peaceful protest have not succeeded. Right now, Americans are currently protesting the killings of George Floyd, Breonna Taylor, and countless others. While these protests have largely been peaceful—in fact, many only escalated once the police started using pepper spray, tear gas, and rubber bullets—you might notice some of your Facebook friends shaking their heads at (and asking about) the looting, rioting, and more.

But the fact is, this is hardly the first time Americans have utilized riots as a way to get basic rights met. Before you pass judgement about groups rioting to demand the end of police brutality against Black Americans (or when you hear your aunt Karen demeaning what’s happening in Minneapolis and currently all 50 states in other cities across our nation) remember all the other times white people have done the same.

1. The Boston Massacre, March 1770: People in Boston got pissed about the British imposing taxes on them without their consent. This led to the American Revolution.

2. The Boston Tea Party, 1773: A protest against the British Tea Act. This was essentially America’s first honest go at utilizing property and goods destruction to send a message (AKA, this is a direct line to Americans destroying a Target).

3. The New York Draft Riots, July 1863: Laborers in New York rioted for four days in July, demolishing parts of the city due to unjust price of being able get out of the draft: an enormous number, $300.00, that most people could not afford.

4. Haymarket Riot, May 1886: Laborers fought to secure an 8-hour workday. The rally was organized by activists who’d had enough after the Chicago police killed and wounded multiple workers during a labor strike.

These riots were often useful in getting basic human rights and needs met, and many of these riots helped pushed our country forward in a positive direction. Those listed above are now touted in history textbooks as great moments in American history, while current-day riots against racism are criticized as violent and counterproductive. Nothing is more American than the current protests, marches, and riots taking place in our country. These riots will stop, as they always have, when justice moves in the right direction.