Ilhan Omar and Rashida Tlaib Are Holding Their Ground 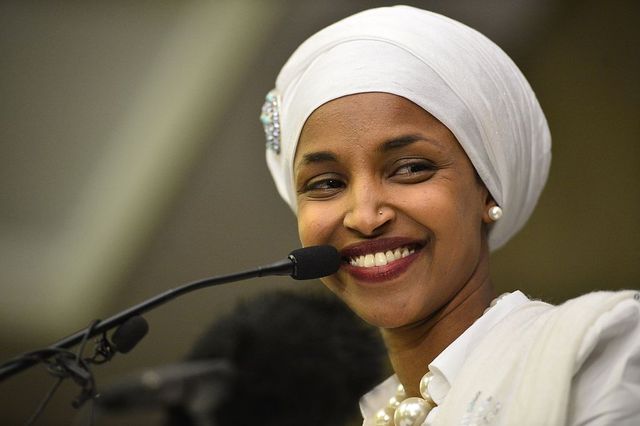 The past two days for Congresswomen Ilhan Omar and Rashida Tlaib have well reflected their time in office so far. That is to say, they’ve faced intense and often discriminatory opposition from domestic and international politicians, but more than that, they’ve proven their ability to lead even when it’s unpopular. Making headlines today is the ongoing controversy over the Congresswomen’s trip to Israel planned by the Palestinian organization Miftah. The two have been seen as divisive on the topic of Israel because of their support to the Boycott, Divest, and Sanctions movement, which calls for the complete divestment from Israeli companies to denounce the Israeli government treatment of Palestinians. The Washington Post reported that the trip was going to consist of “meetings lined up with Arab and Jewish members of Knesset as well as planned visits with current and former U.S. ambassadors to Israel, David M. Friedman and Daniel B. Shapiro.”

Silencing me & treating me like a criminal is not what she wants for me. It would kill a piece of me. I have decided that visiting my grandmother under these oppressive conditions stands against everything I believe in--fighting against racism, oppression & injustice. https://t.co/z5t5j3qk4H

Additionally, Omar is a member of the foreign affairs committee and Tlaib has family living in the West Bank. Unfortunately, the trip consisting of the first and only Muslim women of Congress will not be happening. After Trump tweeted Thursday that it would show weakness for Israel to allow the Congresswoman to enter because, in his words, “They hate Israel & all Jewish people, & there is nothing that can be said or done to change their minds,” Israel announced that Omar and Tlaib are not allowed to enter the country. This decision faced pushback from not only Omar and Tlaib but also Democratic hopefuls Elizabeth Warren, Bernie Sanders, and Kamala Harris and House Speaker Nancy Pelosi. Even AIPAC, a pro-Israel lobbying group, which has remained in opposition to Omar’s and Tlaib’s past stances on Israel, called for their ability to visit the country.

Tlaib followed up on the decision they would not be allowed to enter the country by writing to Israel Ministry of Interior Aryeh Deri and asking for permission to enter the country in order to visit her relatives, noting that her grandmother is in her 90s. Deri responded today that Tlaib’s request would be granted, but only permitting her to enter on humanitarian grounds, preventing her from completing the original trip planned and with all intentions of acting as an official congresswoman. In line with her already established legacy, Tlaib didn’t settle, especially for a lack of respect. Tlaib rejected the offer under the grounds of her ability to speak truth to the conditions for Palestinians.

I don't believe any nation should deny entry to elected Members of Congress, period. It’s an affront to the United States. Open and engaged foreign relations are critical to advancing U.S. interests. Trump is playing politics as he weakens our global leadership. https://t.co/UnMt9Tsd7Q

“When I won, it gave the Palestinian people hope that someone will finally speak the truth about the inhumane conditions,” she said on Twitter. “I can't allow the State of Israel to take away that light by humiliating me & use my love for my sity [grandmother] to bow down to their oppressive & racist policies.” Tlaib has also made it clear, in an additional statement, this decision was an emotional one, saying that she and her family and have been crying throughout the entirety of the situation. Yet, Tlaib sees this conditional visitation as one that is not only immoral but humiliating to both her and her family.

Let’s be clear: the goal of our trip was to witness firsthand what is happening on the ground in Palestine and hear from stakeholders —our job as Members of Congress.

But since we were unable to fulfill our role as legislators, I am sharing what we would have seen. (THREAD)

Though this ongoing news story originally sparked outrage because of the disrespect coming from President Trump and the Israeli government, it is clear that the takeaway will be Omar’s and Tlaib’s strength and composure in handling such a charged dispute. Omar and Tlaib didn’t back down on their stances on Israel when it came to a bipartisan vote to denounce the Boycott, Divest, and Sanctions movement, and they continue to remain united over their right, as U.S. legislators, to visit a country: a country which is at the center of foreign policy debates that as congresswoman they have a stake in. In response to their plans to visit Israel as U.S. politicians, they were treated by their own president and by the country in question with hostility and contempt. But—of course—the Congresswomen show no intention of compromising their principles or tolerating disrespect to their positions.

Tags: Ilhan Omar , Rashida Tlaib , Israel , Palestine , Trump
Support Feminist Media!
During these troubling political times, independent feminist media is more vital than ever. If our bold, uncensored reporting on women’s issues is important to you, please consider making a donation of $5, $25, $50, or whatever you can afford, to protect and sustain BUST.com.
Thanks so much—we can’t spell BUST without U.