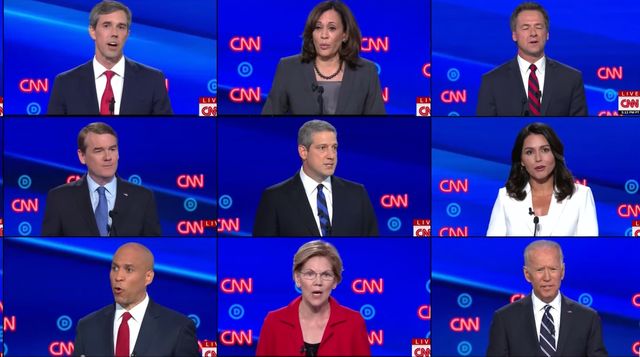 Mass shootings in the US are disturbingly common, and when the subsequent wave of ‘thoughts and prayers’ rises again without any substantial action, disillusionment deepens. We watch as the same steps taken to address the scope and scale of this violence fail to yield any transformative gun laws. And every morbidly familiar headline echoes in that legislative vacancy. We aren’t learning anything new from this: we’ve known for years that gun violence is indivisible from white supremacy, from toxic masculinity, from Trump’s vitriolic rhetoric. In light of Trump’s anti-immigrant hate speech, it’s no coincidence that the El Paso gunman drove 600 miles across Texas to open fire in a Walmart that families on both sides of the border visit frequently—the shooter previously posted a four-page document filled with white supremacist and racist language directed toward immigrants and first-generation American citizens.

Gun deaths are rooted instead in a culture of guns—and in the sheer volume of guns in the US. Out of all developed nations, the US has the most gun violence, the fewest gun regulations, and the most guns overall. “It’s not that the US has more crime, it’s that crime in the US is much more lethal," a Vox explainer summarizes. In part, that's because the number of guns per citizen in America is shockingly greater than any other nation. The statistics are almost unfathomable: “Americans possess as many as 393 million guns—almost half of all civilian-owned guns around the world—despite making up only 4.4 percent of the world’s population."

It's true that calls for gun control have found a louder voice recently, thanks to youth activists and survivors of the Parkland, Florida shooting. But how do politicians respond to these vital demands for gun reform?

Out of the Democratic presidential contenders that have qualified for the next round of debates in September, here’s where the candidates stand on gun control:

We will be rolling out policies to reduce gun violence in the coming months, but it’s clear we need to:
- Close the loophole that allows individuals to buy guns online or at gun shows without a background check.
- Ban the sale of assault weapons and high-capacity magazines.

Cory Booker
Booker’s plan is the most comprehensive of the Democratic candidates: in addition to the collection of regulations that many other Dems support—support for research, a ban on assault weapons, universal background checks, and stricter enforcement of current gun laws—Booker’s plan also requires a license to own or buy a gun. In the most recent Democratic debate Booker said, “If you need a license to drive a car, you should need a license to own a gun."

Kamala Harris
According to Harris' presidential campaign site: “If Congress fails to send comprehensive gun safety legislation to Kamala’s desk within her first 100 days as president – including universal background checks, an assault weapons ban, and the repeal of the NRA’s corporate gun manufacturer immunity shield – she will take executive action to keep our kids and communities safe.”

Beto O’Rourke
O’Rourke hasn’t detailed a policy proposal to address gun violence on his candidate site, but during his Senate race he tweeted:

Elizabeth Warren
The Massachusetts senator has stated that as president she would name gun violence a national emergency. She does not dedicate a section on her website to gun control, though her voting record includes support for high-capacity magazine bans and assault weapon bans.