The Princess In The Tower And The Skeleton Under The Floorboards: The Story Of Sophia Dorothea 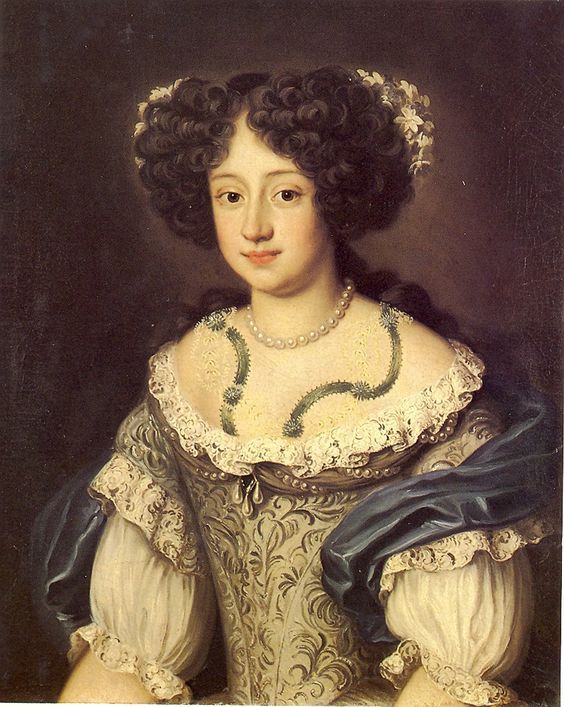 The excellently named Sophia Dorothea was born in 1666, the only child of the Duke of Brunswick-Lüneburg, who ruled the Celle portion of the Duchy of Brunswick. Sophia’s mother was the Duke’s long-standing mistress, Éléonore Marie d’Esmier d’Olbreuse, who he quickly married after Sophia’s birth.

It was a scandalous start to a life that would see Royal coverups, affairs, and murder, with Sophia cementing her place in history as England’s lost Queen.

By the time Sophia reached marrying age she was something of a certified beauty, skilled at a whole host of ‘womanly pursuits’ (i.e., music and sewing) and was funny and smart to boot. Girl was a catch!

Sadly for Sophia, she had no say in who she married. So rather than marrying any of the eligiable suitors who she might have lived happily ever after with, she had to go with her parents’ first choice: her first cousin, George Ludwig.

In addition to being her cousin, George was THE WORST. Rude, loud, and aggressive but not too smart, George was notoriously quick to anger. He was also vindictive and obnoxious.

The only thing going for George was the fact that he was heir to Hanover.

Well, apart from Sophia. Who, when told about the engagement, promptly threw George’s portrait across the room. 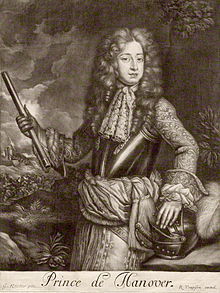 Wouldn't you want to chuck his portrait?

The marriage, unsurprisingly, didn’t get off to a good start.

Sophia struggled to fit into her new world, with no help from her new mother-in-law, who constantly called Sophia out and bitched about her with the court.

Sophia’s new husband was not any better (like you were expecting him to be…). He was standoffish and spent very little time with his new wife, going away whenever he could.

He also created a network of spies so he could know what Sophia was doing at all times – which is super normal and healthy.

Yet somehow the pair had not one but two babies, with George (who later became King George ll of England) born in 1683 and Sophia (later, Queen of Prussia) in 1687. With an heir and a spare in the bag, George saw his job as over.

So George started having very public affairs. And to add to this, George was physically abusive towards Sophia: he would beat her in public and, on one occasion, nearly strangled her, an act of violence that was witnessed by a room full of people.

That was just what George did it public. We don’t know what went on behind closed doors, but we can imagine. 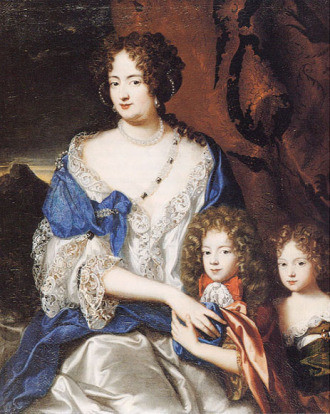 Sophia with her children

The pair had had met in Sophia’s homeland just before her marriage to George. While Sophia had gone to Hanover, Philip traveled to England, becoming a favorite in the court of Charles ll and creating something of a Casanova-like persona, bedding countless countesses (and the odd Duchess).

The rekindled friendship with Philip was a lifeline for Sophia. She started to become healthier and happier, something that was noted by Hanover’s courtiers. Though they knew George wouldn’t approve of the friendship, the court did. Sophia was overdue some happiness.

But then, Philip and Sophia became more than friends.

The pair were spotted writing each other love messages on the palace windows and exchanging romantic letters. One notable line from Philip is:

“I embrace your knees”

This was a very dangerous game. But the pair continued and, by 1690, things had gotten serious, with the couple spending as much time together as possible, and using codes and confidantes to communicate when apart.

In 1692, George’s dad, the King of Hanover, was shown the couple’s love letters. Angry, he promptly sent Philipp away to fight with the Hanoverian army – with any leave request turned down.

But Philip was not that easily deterred. He abandoned the army and rode to be with Sophia.

At this point, George found out about the affair. He confronted Sophia and shouting quickly escalated into violence. Sophia only survived the encounter thanks to servants who pulled George off her.

Following this terrifying meeting with her husband, Sophia and Philip hatched a plan to escape Hanover together and elope. BUT the plan was quickly foiled – word got round to George and his dad, and the lovers’ plans were put to an abrupt stop. Philip was ambushed and, in an attack that would later be covered up, he was murdered.

Several court insiders would admit on their deathbeds to being involved in the death, but none would say how Philip died or where his body lay. Popular legend said Philipp’s body was covered in quicklime and buried under the still bloody floorboards of the castle.

Hysterical, Sophia was held under house arrest in her rooms. George managed to divorce Sophia and she was found guilty of malicious desertion.

Then, George ordered that his wife be locked away in Castle Ahlden. Her right to see her children was cut and the only visitor permitted was to be her mother. Sophia remained captive, locked away in her castle, for 30 years until she died in 1726.

But what happened to George? Wel,l George went on and became King of Great Britain and Ireland: King George l, the first of the Hanoverian line.