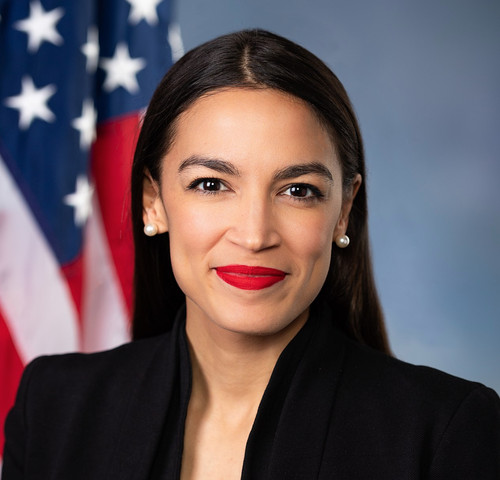 New York representative Alexandria Ocasio-Cortez was served a lawsuit on Tuesday after blocking former New York state assemblyman Dov Hikind on Twitter. Suing on the grounds of First Amendment violations, Hikind is seeking restitution for his “viewpoint-based restriction” from AOC’s account, according to the lawsuit.

The lawsuit lists author Elizabeth Wheeler, journalist Harry Cherry, reporter Ryan Saavedra, and the student group “Students for Trump” as further examples of Twitter users critical of AOC who have been similarly blocked by the elected official. Republican congressional hopeful Joseph Saladino filed an additional lawsuit of his own after being blocked by Ocasio-Cortez, clearly precluding the list in Hikind’s lawsuit from being exhaustive.

These legal proceedings were set in motion mere hours after a federal appeals court released a decision stating that Donald Trump engaged in “unconstitutional viewpoint discrimination” by blocking critics on his Twitter account @realDonaldTrump.

A number of elected officials—Mayor Kelly Yaede of New Jersey’s Hamilton Township, Maine Governor Paul LePage, and Maryland Governor Larry Hogan, to name a few—have previously come under fire for censorship after blocking users or deleting comments on their official social media accounts. The case against Trump, however, marks a turning point in the fight for open access to elected officials as @realDonaldTrump is technically the president’s private account and @POTUS is the official Twitter account of the U.S. president.

“No one disputes that before he became President the Account was a purely private one or that once he leaves office the Account will presumably revert to its private status…” the federal appeals court decision states, but “the public presentation of the Account and the webpage associated with it bear all the trappings of an official, state‐run account.”

That’s clear from a quick glance of the @POTUS Twitter account, which is overwhelmingly comprised of official statements, policy decisions, and opinions regarding public affairs retweeted from @realDonaldTrump.

This decision neatly and efficiently closes the loophole that has allowed politicians to use personal social media like official accounts while avoiding the restrictions on blocking, deleting, and censoring that apply to public officers. If a personal account is used like an official account, the laws protecting free speech in a public forum apply—preventing the owners of the account from blocking users or censoring content as would a private citizen.

Given that Ocasio-Cortez uses her personal Twitter account (@AOC) as the primary platform for discussing government matters rather than her, significantly less active, official Twitter account (@repAOC), this ruling is likely to apply as the lawsuits make their way to court. Both Hikind and Saladino have released tweets citing the decision regarding Trump as justification for taking legal action against Ocasio-Cortez.

Hikind’s lawsuit demands that AOC’s blocking be declared unconstitutional, that those who are blocked be unblocked, and that Hikind be compensated financially.

lexandria Ocasio-Cortez Responds To Trump’s Anti-Immigrant Address: "What We Are Seeing Is Violations Of Human Rights"

Tags: AOC , Ocasio-Cortez , Twitter , public , lawsuit , private , personal
Support Feminist Media!
During these troubling political times, independent feminist media is more vital than ever. If our bold, uncensored reporting on women’s issues is important to you, please consider making a donation of $5, $25, $50, or whatever you can afford, to protect and sustain BUST.com.
Thanks so much—we can’t spell BUST without U.