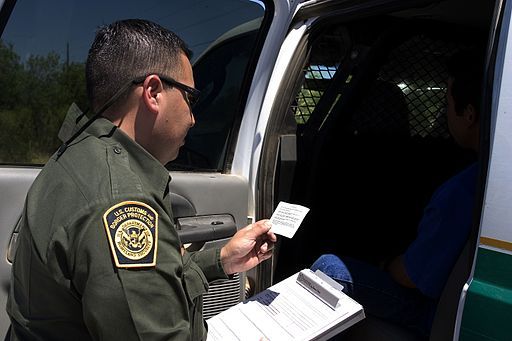 According to The Washington Post, “[f]ederal officials are investigating whether agents participated in a private Facebook group for Border Patrol employees that hosted racist, sexist and sexually violent memes about immigrants and officials such as Rep. Alexandria Ocasio-Cortez after a report by the investigative site ProPublica.”

The private Facebook group is called “I’m 10-15,” a reference to the code used for “aliens in custody.” It was created in August 2016 and has around 9,500 members. It describes itself as “Where Old Patrol Meets New Patrol...we are family first and foremost” and encourages the posting of “funny” images. Obviously, making light of migrant deaths and creating graphic and abusive depictions of a sitting U.S congresswoman is never funny. The content in the Facebook group is incredibly disturbing, including slurs against migrants, and showing a lack of remorse for the death of a 16 year-old in their custody,

Members took to the group when it was reported that representatives Veronica Escobar and Alexandria Ocasio-Cortez were visiting a camp. '“One member encouraged Border Patrol agents to hurl a 'burrito at these bitches.' Another, apparently a patrol supervisor, wrote, 'Fuck the hoes.' 'There should be no photo ops for these scum buckets,' posted a third member” reports ProPublica

After her recent visit to a camp, Ocasio-Cortez spoke out against the horrific conditions in which migrants are kept.

"In that last facility, I was not safe from the officers in that facility," Ocasio-Cortez said Monday afternoon. She also mentions that female migrants had said that they were told to drink out of the toilet due to the lack of clean running water. Ocasio-Cortez also higlighted that some migrants who have crossed cannot speak English or Spanish, speaking indigenous languages such as K'iche', and therefore, have been unable to communicate.

Ocasio-Cortez is right. There is undoubtedly abuse going on. Last month, she made waves by referring to these camps as “concentration camps” which provoked a discussion in semantics. If you’re more concerned by the language people use to describe these conditions than the abuse that happens in them, maybe you need to rethink your priorities. Also, if your dad is a war criminal, maybe no one needs to hear your hot take on anything, Liz Cheney.

Officials for border patrol have spoken out against the groups, claiming that this group is not reflective of their values, but it’s pretty clear that there is a toxic and abusive work culture, more than just the few bad seeds that the government would like us to believe. Furthermore, anyone working for border patrol in this day and age is upholding a system that criminalizes and abuses people for attempting to seek a better life, many of them attempting to exercise their legitimate right to seek asylum. Not that someone’s legal status is an indication of how they should be treated, but the process of asylum is enshrined into international law, and requires that someone who crosses a border to request it is allowed to make their case.

Border patrol agents are denying people the rights of which they are legally entitled. I can also go on and on about how bad foreign policy in addition to the United States’ involvement in propping up right-wing dictatorships in Central America in the 20th century have historically created an inhospitable climate in many countries, causing people to flee violence and persecution, meaning we share responsibility in housing these migrants. I encourage you to read up on the Reagan administration in particular, but in the interest of time, I’ll end with this - it’s not a coincidence that many migrants are coming from El Salvador, Honduras, and Guatemala, countries in which we meddled without remorse.