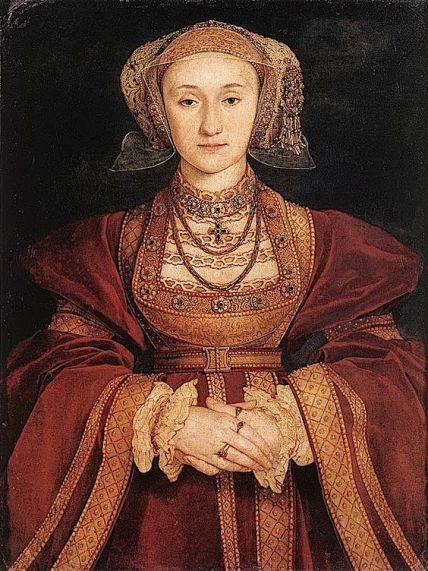 Anne of Cleves gets a historically bad rap. This is in no small part because she will forever be remembered as Henry VIII’s ‘ugly’ wife; ‘the Flanders Mare.’ Which seems pretty bullshit, because:

Anne was an incredibly amazing and accomplished woman. she was smart, shrewd, and is far and away the wife I’d most like to have a pint with. (Sorry, Anne B.)

Anne grew up the awkward middle child, both on Europe’s political stage and at home: Anne was told that the only thing she would ever achieve was to be a good-ish wife. Her older sister was a famous beauty who was soon married off, her younger sister was also beautiful and witty, her older brother was an asshole, but a semi-successful one…and Anne was just there, under the family thumb, getting on with her wife studies and waiting to be told what to do and where to go.

Sadly for Anne, her family decided the best place for her was on the arm of this asshat: 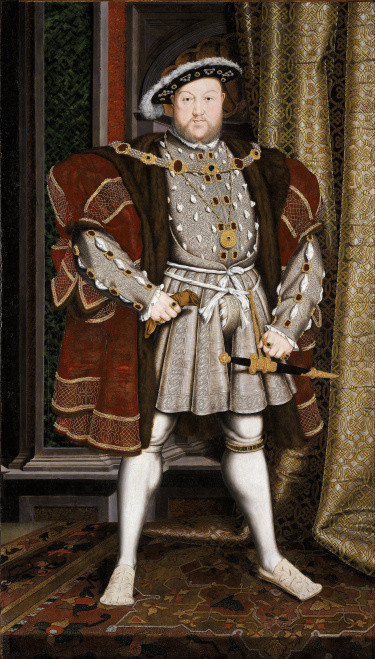 Henry VIII was on the hunt for wife number 4. With one wife divorced and essentially exiled, one beheaded and one dead, his dating profile wasn’t great. So it’s unsurprising that Europes princesses weren’t exactly tripping over themselves to marry this aging megalomaniac.

But that wasn’t an issue for Anne’s family!

Anne and her younger sister had portraits taken and sent to Henry (sort of like ye olde Tinder). Henry was immediately taken with Anne’s portrait and description. Sure enough, Anne was picked to be Henry’s bride, and her passage to England was set.

For her part, Anne was thrilled. Finally, she’d get away from her oppressive family and get to live her own life!

But there were issues. For one, Anne couldn’t actually speak English, which is a bit of a worry when you’re off to go be Queen of England. She also didn’t know anything about music or dancing, which were Henry’s favourite pastimes. Plus, she hadn’t actually been raised to be a Queen.

Sure, she was a Princess, and yes, she’d been raised to be the best darn wife she could be…but she was princess of a tiny territory and only ever expected to marry a Duke or maybe a low-level Prince. Being Queen of one of the world’s biggest powers was a different thing entirely!

But Anne wasn’t a quitter. She spent the long journey to England trying to pick up the language and customs, and learned games that Henry liked. She was aiming to wow!

And then she got there….

Henry was both a tyrant and a romantic, a combination that basically guarantees dickery. True to dick form, he decided to don a disguise to meet his new bride, sure that their love would be so strong, she would immediately see through the ruse and leap into his arms.

Instead, Anne patiently ignored the sweaty man as he pawed at her and tried to get her attention. She was waiting to meet the King and neither wanted to engage with or offend this new unwanted admirer.

And then the guy kissed her and Anne stepped back in shock. Because, well, you would. This was too much for Henry. He threw off his disguise and stormed out the room, leaving a confused Anne in his wake.

The damage was done: the marriage was in ruins before it even began.

Still, though, the Henry and Anne had to tie the knot! The wedding was set, Henry well-versed in what to do, and, well…it would have been embarrassing not to.

But the pair didn’t consummate the union.

Rumors soon spread that Anne didn’t actually know what sex was. She told her ladies that she had ‘laid’ with the King and thought she might be pregnant – despite openly acknowledging that the two had just kissed.

This is where the question comes in:

Look, cards on the table – yes, it is likely that Anne wasn’t, er…as well-versed in sexual conduct as others may have been. She came from a strict and religious upbringing and it is very likely that her mum neglected to tell her about the birds and the bees as much as she should have, especially considering her daughter was being shipped off to go make babies.

This aside, though, I reckon Anne was pretty bloody on it!

Anne knew that her marriage was heading for the rocks. She understood that this was a very dangerous situation and that, if not careful, she would possibly be dead or ruined in a few months’ time.

So Anne played the game. She learnt from past players’ mistakes (she wouldn’t argue back or push for reform and change like Anne B. and Catherine). Though she shared a lot of their personality traits (determined, spirited and vocal), Anne worked hard to play this down for the volatile King Henry. 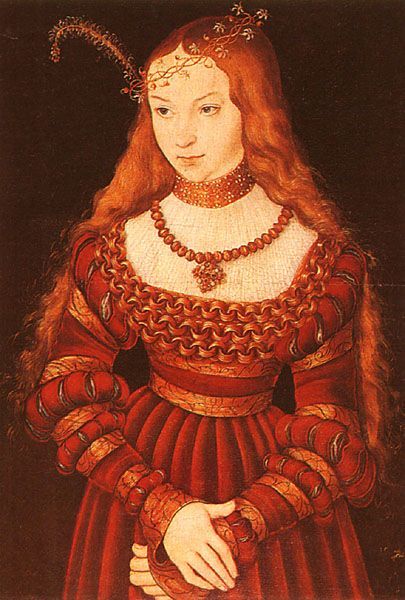 A portrait, possibly of Anne of Cleves

During her short reign as Queen, Anne of Cleves implemented no major changes.

This will be the only time I ever say this, but: doing absolutely nothing was the best thing she could have done!

Being docile and impassive guaranteed her survival. Perhaps that’s not making any inspirational posters, but it’s true and it worked…

That’s not to say Anne didn’t occasionally show her true self. Once, when discussing Henry’s daughter Mary and her marriage prospects, Anne was (gasp) open and frank in her opinions. This didn’t go down well, and soon, Henry was loudly complaining about Anne’s stubborn and willful nature.

After this incident, Anne made sure to double down on her docile ruse and soon, she looked on track to escape this marriage with her head. Win! But that wasn’t the only thing she wanted.

Anne hadn’t known independence before coming to England. She had been strictly under her mum’s and brother’s control. She had thought that marrying the King of England would be the shot at independence that she had longed for…but, instead, she’d become a shadow of herself as she tried to appease a tyrannical super-dick.

With this marriage coming to a close, Anne’s future was up in the air.

The English court was soon full of gossip. Would Henry find her another husband? Would she live the rest of her days as a nun? Perhaps she’d be sent back to her family?

Not on Anne’s watch! She had no intention of once more living under anyone else’s rule.

Anne was determined to finally be an independent woman.

Though she was expecting it, Anne was still devastated when she was told Henry wanted a divorce. There was a lot on the line and, suddenly, everything felt very real. But she quickly regained composure and determined to not repeat Catherine of Aragon’s mistakes: Anne complied with all of Henry's wishes.

However, she was resolute on staying in England. She had started to realize the full level of her disgrace should she return to Cleves and genuinely feared that her brother may kill her in retaliation for her failure as a wife.

Shit was very real, and time was running out.

Henry demanded Anne send him her written agreement to his offer of a divorce. But Anne needed more time to think and make sure she was completely safe…so she refused Henry Vlll, steadfast that she would only speak to the King in person.

It was a big gamble, but it paid off. The marriage was annulled (saving Anne from divorce and offering her a little bit of dignity). She also received a generous lifelong yearly pension and the new title of ‘King’s Sister’; her status at English court would be higher than that of any other lady.

With her place in English court locked down, Anne made one more brave decision:

She decided not to get married.

This was – to put it mildly – a fucking ballsy move.

But Anne didn’t care what anyone thought. She wanted her independence. So she ignored the whispers and wore her new title of ‘King’s Sister’ with humor and grace.

She visited court regularly and became a popular and beloved figure. She was given land and property, where she set up a home for herself and spent the next 17 years living the life she chose.