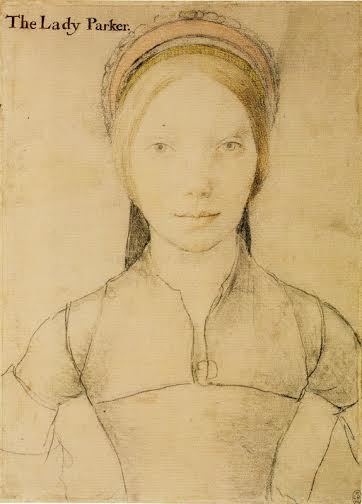 Jane Boleyn was a bitch – or so history tells us.

Centuries after her execution, she remains one of the most vilified figures in history. Opinion of her can be pretty much summarized by Historian C. Coote:

‘The infamous lady Rochford… justly deserved her fate for the concern which she had in bringing Anne Boleyn, as well as her own husband, to the block.’

Aww, remember the good old days when historians could openly celebrate the brutal execution of people…

Coote’s opinion isn’t a one-off. You see, Jane is famed with bringing about the downfall and eventual execution of her husband George Boleyn and his sister, Anne Boleyn. With Jane giving false evidence which led to Anne’s, George’s, and four other courtiers’ execution.

And it’s not only that! Just a few years later, Jane would be embroiled in yet another royal scandal: aiding and abating the treasonous affair between Thomas Culpepper and Henry Vlll’s young wife, Catherine Howard. This was a scandal Jane couldn’t survive and she, Culpepper, and Howard all met with the executioner’s axe.

It’s all this that made Jane Boleyn history’s favorite conniving bitch.

But is that right? Does Jane deserve to be vilified by history? As historic research keeps getting better, we’re seeing more and more cracks in what we know about Jane Boleyn. What was once hard fact is starting to look fictitious. Which raises the question – did Jane Boleyn actually do any of the things she has been demonized for?

The most common story tells us that, spiteful and jealous, Jane gave false evidence that sealed the fates of Anne Boleyn, George Boleyn, and four other unfortunate courtiers. Jane told the court that Anne was having affairs all over the place…even with her brother. This effectively nailed down 6 people’s coffins.

Whoa, hold up with the hate - let's dive into the evidence!

Here’s the thing: the facts on this one are pretty bloody shaky at best! There’s little surviving evidence on both sides of the argument.

Which makes working out whether Jane did effectively kill 6 people detective work to the extreme.

Here’s what we know:

We know that several of Anne’s ladies were asked to give evidence at her trial. To refuse was not an option (unless you fancied joining the rest of your pals at the execution block). Jane was part of this number.

We also know that ,during the trial, one of these ladies gave false evidence that Anne and George had a more than platonic relationship. But no name is given as to who this woman was.

In the account of Imperial Ambassador Chapuys, the only description of the woman is this:

But don’t worry, at his trial George Boleyn mentions the woman who sealed his fate, so maybe there’s something useful there:

‘Woman’ ….yeah, not that helpful either, George.

So, left without a name or a description, how the hell can we possibly work out who gave this evidence?

Well, we can hazard a guess at who would have been most likely to be privy to this kind of information.

On that level, it’s not looking great for Jane. As sister-in-law and confidan,  she would be best placed to hear of/witness an affair – but remember the evidence is false – so the question is this: though Jane’s neck is quite literally on the line here, would she lie to this extent when:

She has the most to lose

The families of people convicted of treason didn’t tend to live out the rest of their days skipping through a field of daisies.

Yes, execution really was the worst punishment. But the potent decades of shame, poverty, and even prison that the families of the accused had in store was also pretty shitty.

With her husband and sister-in-law convicted of treason in such a scandalous way, Jane stood to lose a lot.

The Boleyns’ high position of power, titles, and lands all disappeared overnight and, as she and George hadn’t popped out a son, she wasn’t entitled to his fortune. Jane did get to keep her title (Viscountess Rochford) but without a place at court, lands, or a fortune, it was kind of useless.

It should also be noted that Jane wrote to George when he was awaiting his execution. And his reply didn’t contain the words:

‘Fuck you, I’m totally going to die because of you’

In fact, his reply was nice, which suggests he didn’t blame Jane for his death.

George and Anne’s dad also appears to have been in the same camp, arranging a yearly small pension for Jane. Armed with this pension, Jane convinced Thomas Cromwell – the King’s right-hand man and key player in the Boleyn downfall – to offer her financial and social support. With this in place, she returned to court and started to try and claw her way back into a good position.

Her hard work paid off and Jane served Jane Seymour until Seymour’s death and then her successor, Anne of Cleves.

She started to get back in Henry’s good books, performing a role in Seymour’s funeral and giving evidence to help Henry divorce Anne of Cleves (because being nice to Henry Vlll involves a lot of deaths, wives, and court proceedings.)

But then, all Jane’s hard work turned to shit. 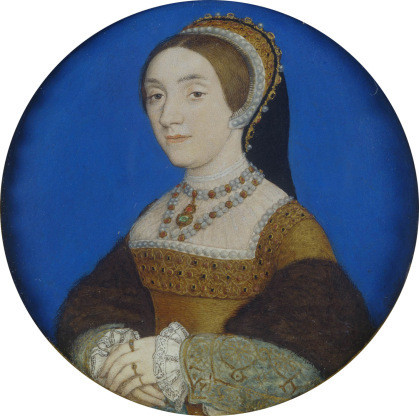 As she had with the two previous Queens, Jane also served Henry’s new young bride, Catherine Howard (who was a relative, through Jane’s marriage to the deceased George Boleyn).

Jane quickly become Catherine’s confidant and soo,n the two women became embroiled in a secret so great that it would end both their lives. The story goes that Jane and Catherine worked together to hide the new Queen’s relationship with one Thomas Culpepper, a favorite of the King and Catherine’s cousin, with Jane acting as secret keeper and go-between.

But the relationship didn’t stay in the shadows for long. Catherine and Culpepper were caught and accused of adultery. Soon they, along with Jane, were sent to the Tower of London to await their fate.

Now, hiding a Queen’s affair seems like a monumental fuck up on Jane’s part and hardly fits in with the behavior of someone trying to regain the Kings favor and move on from their scandalous past.

But as with everything in this story – it’s not that simple!

On F Yeah History, we’ve previously discussed Catherine and how new evidence suggests that her affair with Culpepper was less affair and more abuse and blackmail dickery.

To summarize: Catherine had a hidden past of sexual abuse, a past that would put her marriage at risk if Henry ever discovered it. It’s likely that Culpepper discovered this and was blackmailing Catherine (for sex, for power, etc.).

Culpepper was not a nice guy: he was a known rapist and murderer and volatile as fuck. Basically, not someone you want to be around.

So maybe Jane got involved in the situation because she wanted to gain the trust of the new Queen; maybe she just felt bad and wanted to help. Whatever it was that led her to make that choice, once Culpepper knew of Jane’s involvement, it would have been near impossible for her to back out.

Personally, I think this really puts pay to the picture of Jane as a master manipulator. Jane entered an obviously dangerous situation, where the gains in no way outweighed the risks.

Unless Jane just lived for the drama, it seems very unlikely that she got involved due to a machiavellian lust for power and more likely that she made one bad decision and the situation spiraled beyond anyone’s control. Either way, Jane ended up in The Tower of London facing execution and, under this intense stress, she had a severe mental breakdown.

Or did she? Because one theory that has followed Jane through history is this:

This really fits the cunning bitch narrative, but yet again is based around literally no evidence.

We do know that Jane had a full-on breakdown in the Tower. Completely breaking away from reality, everyone around her became deeply worried about what was going on with her mental health. From the guards to her family, they all agreed that Jane was very unwell.

However, there’s no evidence that suggests this entire mental break was a cunning ruse.

Jane was eventually removed from the Tower of London and cared for by members of the court in their home. However, Henry wasn’t letting her off that easily! It was against the law at the time for a person suffering ‘madness’ to be executed. But that wasn’t going to stop Henry ‘I invented a religion for a divorce’ Vlll. Henry Vlll changed the law just so Jane Boleyn could be executed – I mean, I guess you have to give Henry props for determination.

And so, on February 13, 1542, Jane Boleyn was beheaded inside the Tower of London alongside Catherine Howard.

As with her life, Jane’s execution managed to create its own mythology, with Jane tearfully apologising for her role in the deaths of Anne and George Boleyn (she didn’t and yet again, there is no evidence that she did).

Top photo: sketch believed to be of Jane Boleyn

Looking Into The Execution Of Mary, Queen Of Scots