Details
BY F Yeah History
IN General
Published: 31 May 2019 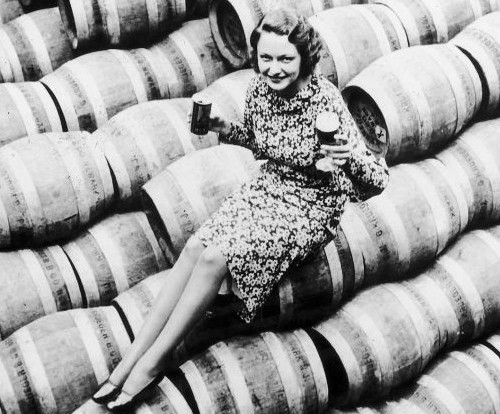 Booze! Who doesn’t love it? Trick question – we all do! But what happens when this universal love suddenly becomes illegal? Well, you drink it anyway…just very craftily.

During the prohibition you could be fined thousands and even thrown in jail if you were caught with alcohol, so smuggling booze became serious business.

Now, first step for smuggling alcohol – you need to get alcohol to smuggle.

While some breweries got through prohibition by making “near beer” (anywhere from 0.5 to 2% alcohol) those who kept on making the strong stuff had to go deep underground, operating in woods or under the guise of farms and other out-of-the-way businesses. It was vital that these suppliers remained unknown and untraceable for police.

This wasn’t an easy task – keeping entire breweries secret required some James Bond-level covert operations! Bar sneaking and guns, we all know that James Bond is nothing without weird gadgets from Q…with that in mind, I present: 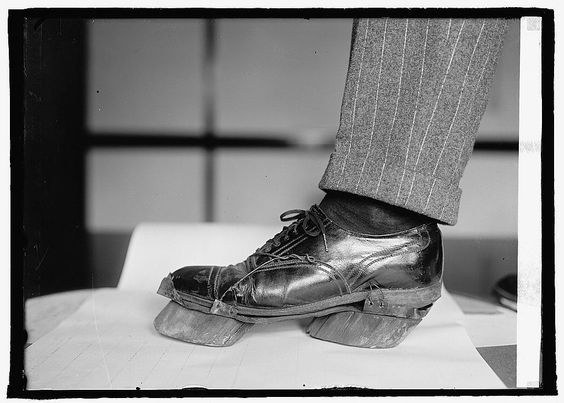 No, these are not lift shoes (a la Tom Cruise). They are, in fact, designed to make the wearer’s footprints look like cow hooves.

The idea was that any cops looking to try and trace bootleggers to their supplier would lose them when a person’s footprints suddenly turned into a cow’s…which I guess was a totally normal occurrence in the 1920s and early ’30s, along with cattle going for lone forest jaunts…

Cow shoes weren’t the only method to throw off police. Bootleggers also pimped their rides into suped-up cars that were easily able outrun the po-po. They even went so far as to build a cross-country underwater cable car to outfox the fuzz.

A CROSS COUNTRY UNDERWATER CABLE CAR… MADE OF TORPEDOES.

Detroit was a bootlegger’s dream, mainly because it sat right next to Canada, land of maple, manners, and legal alcohol!

But how to transport this booze to the U.S.? A boat was very visible (therefore, very catchable) and swimming it over seemed like a whole deal. So naturally, an underwater system was built. 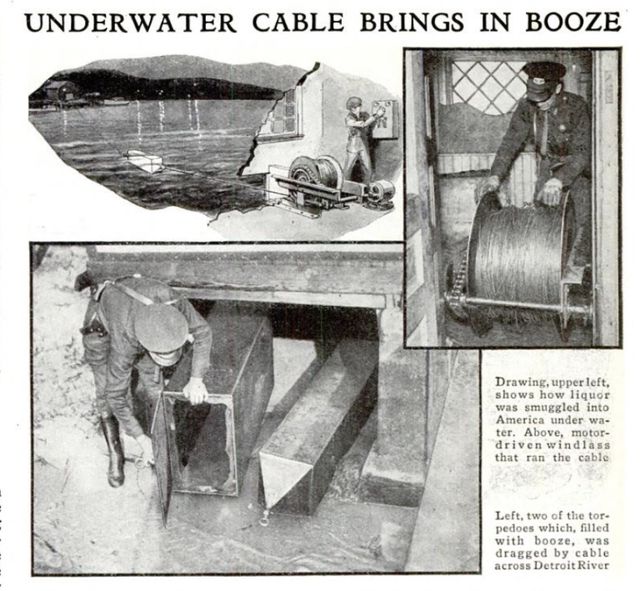 Torpedoes were filled with liquor and then attached to a mile-long underwater cable line, running from Canada to Detroit. Thanks to the quick motor running the cable line, a 1932 edition of Popular Science estimates that around 40 torpedoes worth of hooch were transported to America every hour.

The imagination of bootleggers was apparently endless. Sadly, rather than using this imagination for writing the next great American novel, they funneled their skills into putting alcohol into anything they could get there hands on.

Here are just some of the things Alcohol was smuggled in:

But no matter how ingenious (or cruel to pigs) the smuggle, the bootleggers always got caught…well, unless they were women.

THE RIOT GIRLS OF RUM RUNNING

For some reason, police just didn’t seem to suspect women of smuggling booze and even when they were caught, they were let off really lightly (seriously, one woman’s sentence was actually to attend church each Sunday for 2 years…)

Unsurprisingly, some women took advantage of this and made serious coin.

Marie Waite (A.K.A. Spanish Marie) was one of these women. Marie singlehandedly created an entire convey to move tons of alcohol from Havana to Florida’s Key West. Through her active prohibition years she raked in at least $1 million, which, in 1920s money, is some Gatsby-esque shit.

Marie wasn’t alone: female bootleggers even created a guide to smuggling booze on one’s person. From flasks attached to thighs to full-on aprons laden with whisky bottles, their creativity for creating clothes made of alcohol knew no bounds.

The world of female “rum running” was a really diverse one. This open yet illegal trade allowed women from all walks of life to make their fortune, as one journalist put it:

‘SOME ARE BOLD, BRAINY AND BEAUTIFUL, SOME HARD-BOILED AND HOMELY, SOME WHITE, SOME BLACK, SOME BROWN. (BUT) ALL ARE THORNS IN THE SIDES OF PROHIBITION.’

Make Your Own Cannabis Gummies In 7 Easy Steps