The Real Story Of The Schuyler Sisters

Details
BY F Yeah History
IN General
Published: 24 May 2019 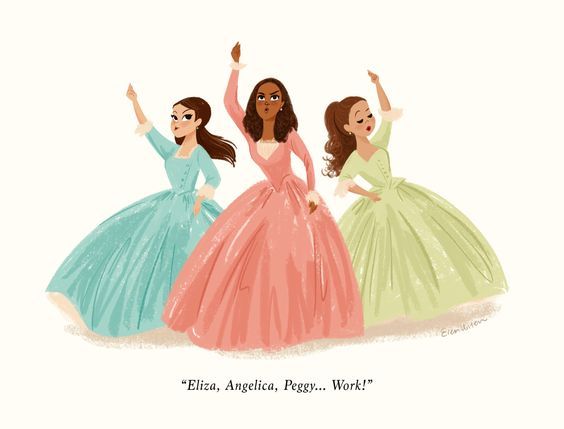 Born into a political powerhouse, the Schuyler sisters—Angelica, Eliza, and Peggy—were expected to make something of themselves. Their father was a General in the American revolutionary army, and the sisters spent their early lives surrounding by the likes of George Washington. Yet despite their incredible upbringing, nobody could have expected that one day Angelica (the eldest), Eliza (the middle child), and Margarita ‘Peggy’ (the youngest) would help shape America.

Witty, bright, and razor-sharp, Angelica Schuyler was born in 1756. 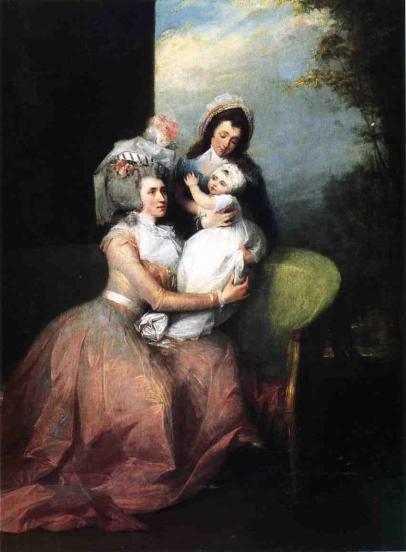 Pictured later in life with her child

She grew up to be a force of nature, shining incandescent at the sumptuous parties held at her parents’ mansion. So it’s hardly surprising that with this personality, not to mention looks, wealth, and her powerfully politically-placed parents, suitors were lining up for Angelica.

And yet, the man she choose was one nobody could have guessed.

And that man was not Alexander Hamilton! via giphy

John Church was a roguish Englishman now residing in America. The reasons for his transatlantic move were foggy at best, with rumors rife that Church had killed a man in a duel/was in mountainous debt in his native England. Troubling? Yes. But none of this mattered because John Church supplied arms to the American Revolutionary cause.

Unsurprisingly, Daddy Schuyler wasn’t exactly thrilled at his eldest daughter’s choice in men. But the heart wants what it wants and teenagers are dumb, so Church and Angelica exchanged love letters in secret before, in 1777, they took the plunge and eloped. A year later, Angelica was pregnant with the couple’s first child.

Okay, let’s hit pause for a moment. Now, if you’re here because you’re fan of the musical Hamilton, then I’m guessing right you’re probably feeling a tad confused. You were expecting an Angelica, Eliza, and Alexander Hamilton love triangle right? Well guys I’m afraid that history is a lot more complicated than musical theatre, but stay with me, because history is also a lot more juicy – there’s duels, aslymns and yes, a love triangle in store…on that note:

Elizabeth Schuyler was born in 1757, just a year after her older sister. Known as Eliza by friends and family, she was a tomboy at heart, with a potent mix of intelligence, warmth and determination. 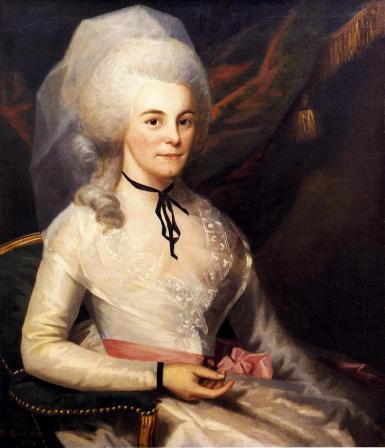 In the winter of 1779-1780, Eliza met Alexander Hamilton, an upstart from the West Indies who had emigrated to America and risen to become General George Washington’s right-hand man.

Hamilton fell fast for Eliza, writing furvant letters to Angelica about his new love and also suggesting that the revolutionary army’s chances of success would be greatly diminished if Eliza didn’t wed him…which is kinda weird and intense, but I guess it worked because in December 1780 the pair were married!

John Church secured a nice job in Parliament and so he, Angelica, and their children set off for a new life in his native London (turns out possible deadly duels don’t mean a thing if you got that green).

Meanwhile, Eliza, Hamilton, and their growing brood settled in New York, where Hamilton dazzled in his leading role in Washington’s new cabinet, working to settle the country’s debts and set up a banking system (I know it sounds deathly dull but it was v necessary)

Eliza passionately worked with her husband on his writings and plans, while across the pond Angelica had become the toast of London, joining the inner royal circle and hosting intellectual debates at her home – she transformed into quite the political influencer!

Though apart, the sisters remained close, Writing each frequently. But Eliza wasn’t the only person Angelica was writing. She was also one half of an increasingly flirtatious pen pal relationship with none other than Eliza’s husband!

And they say war achieves nothing!

Angelica was discovering that her husband John was in fact deeply dull (probably because he had just become a British politician…) so it’s unsurprising that she poured herself out in letters to Hamilton, who in many ways was similar to herself; intellectual, witty and ballsy. Hamilton seemed to feel the same, writing to Angelica:

'I SELDOM WRITE TO A LADY WITHOUT FANCYING THE RELATION OF LOVER AND MISTRESS...'

Bit intense/weird (which seems to be Hamilton’s trademark with the ladies). Surprisingly, Eliza was aware of this relationship, with Angelica writing to her sister:

‘I LOVE HIM VERY MUCH AND IF YOU WERE AS GENEROUS AS THE OLD ROMANS YOU WOULD LEND HIM TO ME FOR A LITTLE WHILE.’

Again, bit of a weird thing to send your sister? For sure! But the real question is, did Angelica and Hamilton ever seal the deal?

The debate wages on…but probably not. Angelica was loyal to her sister; in the letter above, she goes on to assure Eliza that her intentions will remain pure (aside from the whole ‘you sex your husband Mon-Thurs and I’ll have weekend sex custody’…thing). We also know that it’s unlikely the sisters would have remained as close as they did if Angelica and Hamilton had sex. As you’ll find out later, Eliza is not a woman you want to cheat on!

But Hamilton wasn’t the one Angelica was writing. In 1788, she first wrote Thomas Jefferson. 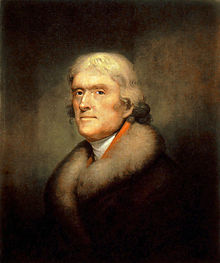 Angelica also worked to convince Jefferson, an enthusiastic advocate of the French Revolution, to reconsider his views and help those at risk; many of whom were her friends (by 1794 two of her friends, Madame de Gramont and Madame de Chatelet, had already fallen victim to the terror).

But Jefferson couldn’t be swayed, paying little attention to Angelica’s accounts of French Revolutionary horror, though he did manage to take the time to remind her that women were much happier when they weren’t involved in politics.

But if Angelica thought she had it bad, she didn’t have shit on Eliza. In 1797 Hamilton published the Reyonolds pamphlet, a 95-page document (so less a pamphlet more a tome) outlining and apologizing for his affair with one Maria Reynolds. 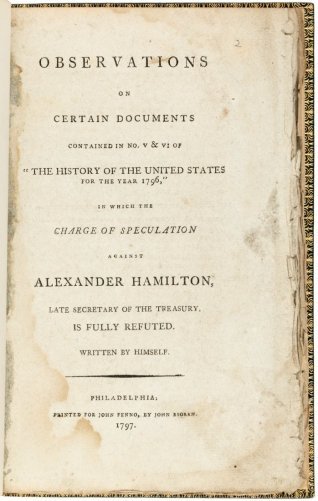 Eliza was unsurprisingly humiliated and incredibly pissed off. She took Hamilton to task and burned all the letters they had ever sent each other (effective at the time, but making it incredibly hard for future historians to discover who Eliza was!).

Your husband telling literally everyone about his affair in painful detail is bad, but Eliza’s lot was about to get a whole lot worse.

In 1801 her oldest son, Philip, was killed in a duel at the age of 19. The Hamiltons were a wreck, when the death of a child was worsened when their daughter, Angelica, who was deeply affected by her brother’s death, had a mental breakdown.

Angelica eventually regressed into a state that she would never recover from; she spent the next 50 years being cared for in a mental facility, only occasionally emerging into bouts of lucidity until her death at age 72.

During this time, Hamilton and Eliza were pushed together by grief and rekindled thier relationship. It was to be short burst of happiness: in 1804, Hamilton was killed in a duel.

Now a widow, Eliza was knocked once more by both her parents dying within months of each other.

Please say it doesn't get any worse!

Luckily by now Angelica was back home in America and the sisters leaned on each other for support—support Eliza desperately needed, as she was left with Hamilton’s mounting debt (because when it rains, it fucking pours).

Ironically, around the same time as Eliza lost her family home to her late husband’s debt, Angelica’s son founded a new town on The outskirts of New York, which he named after his mum (the town of Angelica is still there today, FYI. Aww for Angelica, but it was just more crap for Eliza.

With all this shittery you wouldn’t blame Eliza for just throwing her hands up and sinking under.

Yep, despite everything, Eliza decided to spread as much good as she possibly could. And she didn’t do this by halves.

Eliza was known to take in homeless children and care for them. And in 1806 she set up New York’s first orphanage, the Orphan Asylum Society (which sounds super child friendly…)

But she was dealt yet another blow in 1814, when Angelica died at the age of just 57.

Still, though devastated, Eliza persevered. In 1818, she set up the Hamilton Free School, which was the first educational institution in Washington Heights. In 1821 she became directness of the orphanage she had set up, now directly looking after the 100+ children cared for there. 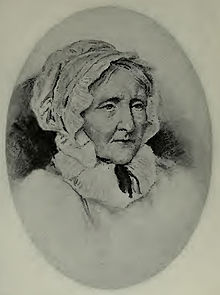 She continued her charity work but also fought tirelessly to create a legacy for her husband, extensively chronicling his work. She wore a necklace containing scraps of a sonnet he wrote her until she died in 1754 at the ripe age of 97.

But that’s not the end of Eliza’s story. Her orphanage is still running, over 200 years later; it’s now called Graham Windham and cares for children and families across New York. A legacy I am sure Eliza would be proud of.

Well, okay – not quite! ‘What about Peggy?’ I hear you shout.

Okay, there isn’t enough time to go into all of Peggy’s life (another time) but I will leave you with this. Without Peggy there would not be this article, because Peggy saved goddamn everyone.

In 1781, the Schuyler sisters were at home in Albany, New York. Eliza and Angelica were both heavy pregnant and getting some TLC at home in the Schuyler mansion. This was not to be, as a huge group of British Loyalists and native Americans encircled the Schuyler’s home; they were looking for the sisters’ father, Philip, who was supposedly in charge of a revolutionary spy ring – he wasn’t at home, but the angry mob weren’t to know that.

The trapped women were terrified, and knowing they wouldn’t be able to fight (two pregnant women against a group of pissed off men with weapons probably won’t come out that well…) they ran upstairs and hid.

The mansion was quickly raided by the mob who were intent on finding and capturing Philip at any cost. The sisters stayed quiet, hidden upstairs, when they suddenly realised that their brothers newborn daughter was downstairs…right in the path of the angry mob.

Scared of military repercussions, the men fled, but not before one particularly pissed off man threw a tomahawk at Peggy as she ran upstairs with her niece. It narrowly missed, inserting itself deeply into the banister where her head had just been.

Yet another reminder, if we needed one, that the Schuyler Sisters are the living end.

A History Of Women In "The Daily Mail"