Details
BY Kat McQuade
IN General
Published: 24 May 2019 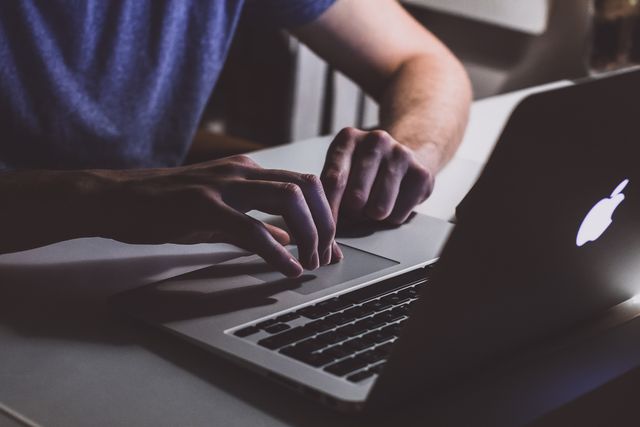 27-year-old Colorado man Christopher Cleary was sentenced up to 5 years in prison on a charge of attempted threat of terrorism by a Utah judge. Arrested in January, Cleary had made threatening posts on Facebook hours before the Women’s March, pledging to kill “as many girls as I see.” In the post, he wrote:

“All I wanted was a girlfriend, not 1000 … not a bunch of hoes … I’ve never had a girlfriend before and I’m still a virgin, this is why I’m planning on shooting up a public place soon and being the next mass shooter cause I’m ready to die and all the girls the turned me down is going to make it right by killing as many girls as I see.”

Cleary had already been on probation in Jefferson County, Colorado on charges of cyber-stalking at the time of his arrest in Provo, Utah, where he had been staying in an Airbnb. The county prosecutor’s office spokesperson, Pam Russel, has stated that she and her colleagues will seek out a “significant” prison sentence for Cleary’s three stalking charges of up to seventeen years once released from Utah’s custody.

With a long history of misogynistic attitudes and suicidal Facebook posts, Cleary calls to mind shooters like Elliot Rodger, who posted a video to YouTube describing his reasons for murdering six and injuring fourteen people in 2014. Rodger cited his inability to find a girlfriend among other reasons in his YouTube video, “Elliot Rodger’s Retribution”:

“Tomorrow is the day of retribution, the day in which I will have my revenge against humanity, against all of you. For the last eight years of my life, ever since I hit puberty, I've been forced to endure an existence of loneliness, rejection and unfulfilled desires all because girls have never been attracted to me. Girls gave their affection, and sex and love to other men but never to me.

I'm 22 years old and I'm still a virgin. I've never even kissed a girl. […] It has been very torturous. College is the time when everyone experiences those things such as sex and fun and pleasure. Within those years, I've had to rot in loneliness. It's not fair. You girls have never been attracted to me. I don't know why you girls aren't attracted to me, but I will punish you all for it. It's an injustice, a crime, because ... I don't know what you don't see in me. I'm the perfect guy and yet you throw yourselves at these obnoxious men instead of me, the supreme gentleman.”

After his killing spree, Rodger committed suicide. Incel communities cite him as a “hero” and “Supreme Gentleman.”

Both Rodger and Cleary were a part of internet communities consisting largely of white, heterosexual men in their early twenties who self identify as “incels.” Incels, for involuntary celibate, according to YouTube essayist Natalie Wynn, are individuals who build an identity around being unable to find romantic and sexual partners. Wynn’s video is a deep-dive into the incel community (Wynn uses the terminology that the men on these forums use and quotes them as well, so fair warning, the video is verbally graphic), which is rife with misogyny and self-loathing.

The online forums where incels congregate are filled with misogynistic comments that often turn violent. Incels’ attitudes towards women are akin to hate-group levels of animosity. They invent new slurs for women, frequently refer to them as “bitches” and “sluts”, and direct their anger towards women for their inability to have sexual relations. These groups encourage revenge against women through acts of violence. In their eyes, women denying them sex is a crime punishable by any means, including death. Rodger’s manifesto uses language indicative of the sentiments of these groups in which he was active. Cleary has a warrant from 2015 when he sent multiple threatening texts to a 17-year-old girl, one of which said, "I own multiple guns I can have u dead in a second."

These men encourage each other in posts and comments that they are both superior to other men that women have sex with, but are also doomed to a fate of a lonely, sexless life because of their physicality and other factors that don’t make them as “desirable” as other men. Suicidal comments and actual suicides, as Wynn points out, are common in these groups. According to police, Cleary made another post stating: “There’s nothing more dangerous than a man ready to die[.]”

Wynn describes incel communities as being akin to “a death-cult”:

“If you want to understand why their community produces so many mass murderers, you have to understand that [their ideology] is more than the dogma that you can’t get laid. It’s also the dogma that because you can’t get laid, you can never be happy. What we have on our hands here is more than a bunch of angry internet misogynists. It’s at worst, a kind of death-cult complete with an eternal hell and an omnipotent enemy. It is not surprising that that state of mind leads a few of them to conclude that since triumph is impossible, why not try revenge?”

In the modern Trump-era seemingly defined by violent acts against minorities and women, shootings and killings inspired by Elliot Rodger are more prevalent than ever. Cleary himself stated that he wanted to become “the next mass shooter.” Online forums preach of an “Incel Rebellion” where they will rise against the men and women who have seemingly wronged them. Last spring, the Southern Poverty Law Center categorized incels under male supremacy groups, ideologies now tracked on their hate map.

Though Cleary was prevented from committing mass murder, it’s only a matter of time until another Elliot Rodger surfaces. Society is no stranger to hatred against women. It has cultivated a culture in which hurting them is socially acceptable and virtually unquestioned. Time and time again women are killed for not being sexually available, and not just by sexually repressed men who can't find a girlfriend. Hatred against women kills, and unless society decides that holding animosity towards an entire gender is unacceptable, women will continue to die.