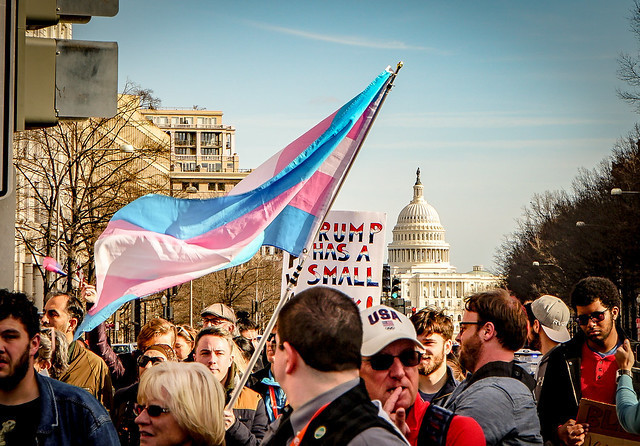 Back in January, the Supreme Court decided to revive Donald Trump’s ban on transgender military personnel. The edited version of the ban went into effect this past Friday. Under the ban’s terms, transgender individuals must receive an official diagnosis of gender dysphoria and have had it submitted by April 12th to continue serving openly. If not, transgender members of the military must serve as the gender they were assigned at birth or be forced to leave service.

Around 15,000 transgender people will be affected by the new policy, and nearly 13,700 of them are expected to be fired. Under Trump’s policy anyone “diagnosed with gender dysphoria and has received medical treatment – either hormones or surgery – will not be allowed to join the military. If they have been diagnosed, but have not received medical treatment, they will still be eligible to join.”

Back in July of 2017, Trump made several inflammatory tweets regarding transgender service members and proposed the idea of reinstating the transgender military ban.

Possibly the most egregious of Trump’s tweets was his statement that “victory and cannot be burdened with the tremendous medical costs and disruption that transgender in the military would entail.”

Back in 2016, former President Barack Obama repealed the transgender military ban, stating that transgender individuals were welcome to join. He also stated their medical costs for transition would be covered by their benefits.

“Why do I continue to protect and serve those who do not even want me to exist?”

Trump, his administration, and many Republicans have made it strikingly clear how they feel about transgender individuals who have laid their lives down for their country. So far, the ban has been implemented for three days. With the 2020 Presidential Election just around the corner, this topic will be an important one for both parties to address going forward.

Tags: military , trump , ban , transgender
Support Feminist Media!
During these troubling political times, independent feminist media is more vital than ever. If our bold, uncensored reporting on women’s issues is important to you, please consider making a donation of $5, $25, $50, or whatever you can afford, to protect and sustain BUST.com.
Thanks so much—we can’t spell BUST without U.