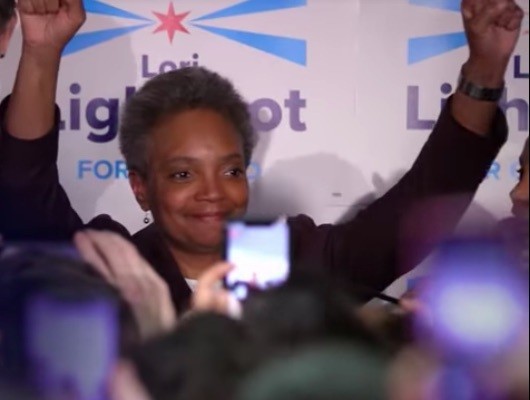 Chicago has a new mayor in town. She isn’t a white male so that should be a triumph in itself, but we’re still scratching our heads trying to figure out what to do with the woman who won in a blaze of glory.

Lori Lightfoot, a former corporate lawyer, and federal prosecutor beat Toni Preckwinkle, Cook County board president, in a historic runoff Tuesday night. The two made headlines because this was the first time the city has ever had to choose between two Black women as the future leader of Chicago. In the end, Lightfoot, who is openly lesbian, received more than 70 percent of the vote in unofficial tallies and swept all 50 wards, according to The Chicago Tribune.

On paper, this looks like an achievement to have an out, black woman mayor for the Windy City, which was recently named the most corrupt American city reported by CBS Chicago. However, some Chicagoans say otherwise.

The Chicago Police Department is proposing a $95 million police and fire training academy located in the South Side, but the city already spends $1.5 billion on police every year, as reported by The Nation. During a talk at the University of Chicago in March, Lightfoot suggested that the multi-million dollar training facility needs even more funding, and cited the New York Police Department’s new training facility cost as an example—$750 million to be exact.

In a time where we should be utilizing the city’s money and resources on mental health facilities, reopening schools, or quite literally anything else other than a cop academy, Lightfoot falls short for people of color and the LGBTQ community, both of which communities she exists in. Although she is a black lesbian, Lightfoot cannot truly be a progressive if she is planning on impacting black and brown lives through envisioning a city with an expansion of police. On top of that, Black and Pink: Chicago, a prison abolitionist group, reported on their site that Lightfoot also does not support lifting the ban on rent control or the Sanctuary City Ordinance which protects immigrants from law enforcement.

Just because she is now in a new administrative role, it is clear given Lightfoot’s history of protecting and serving police and prisons that she does not plan on changing her stance anytime soon.

Coming To Terms With Another Six Years Of Ted Cruz, And Why I’m Not Losing Hope In The Blue Wave In Texas