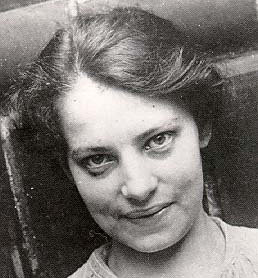 The mystery of Anastasia Romanov has fascinated for decades.

Did she die at 17 or live to the ripe old age of 87? Could a suicidal asylum inmate called Anna Anderson really be a Russian princess and, if so, how did she survive against all odds? 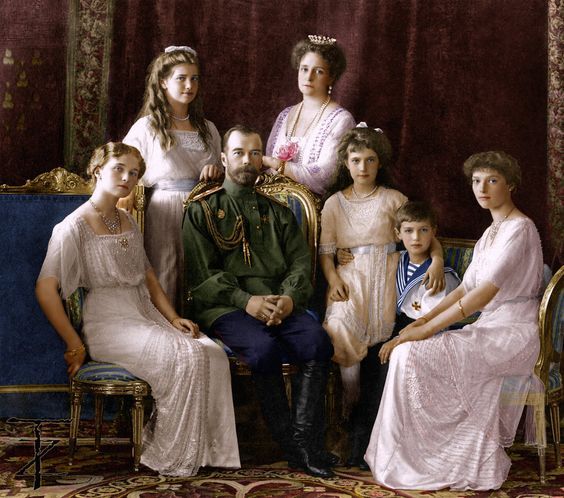 On July 17, 1918, Russia’s royal family was led to a basement. There, they were photographed, lined against a wall, and told they were to be executed.

Within seconds, soldiers descended. The father, Tsar Nicholas ll was shot point blank in the head. His children, Tatiana, Olga, Maria, Anastasia, and Alexei, were not so lucky. They were shot, stabbed, beaten, and bayoneted, until the soldiers were sure the job was done.

All it took were a few blood-soaked minutes and the Romanov dynasty was snuffed out; centuries of royal rule and tradition…gone, just like that. 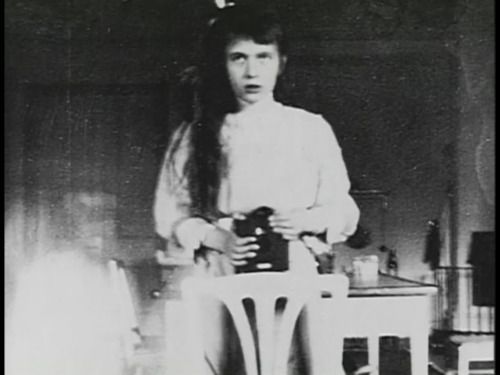 Anastasia Romanov was the youngest daughter of Tsar Nicholas ll of Russia and she really owned the role of little sister.

Anastasia was the Romanov wild card. She spent her days getting into scrapes, getting out of those she scraped and (as shown in the above pic) becoming one of the first adopters of the selfie (see, I told you she was the ultimate little sister!).

When the news of the Romanov family murders started to spread, people were desperate for a ray of hope—that somehow, someone had gotten out. So you can see why all these hopes were pinned to the Romanov most full of life – Anastasia.

For years the newspapers were full of rumors that secretly Anastasia was alive and, inevitably, this led to a parade of faux Anastasias, all desperate for 15 minutes of fame and all almost immediately shown to be frauds.

But much like Father Christmas and the Tooth Fairy, everyone has to grow out of the fantasy. As time moved on, the cold hard truth became more inevitable. And so, two years after the Romanovs’ deaths, Anastasia still hadn’t turned up, and hope that she ever would started to vanish.

BUT THEN… A YOUNG WOMAN JUMPED OFF A BRIDGE IN BERLIN AND EVERYTHING CHANGED.

I told you! Twists and turns for days!

The woman was taken to a German asylum. With no ID and the woman refusing to say who say was, she became known as Madame Unknown.

As well as sounding like Marvel’s next villain, Madame Unknown wasn’t your average German asylum patient. For one thing, she spoke with a Russian accent. She also held herself with an unusual poise and had hastily stitched-up wounds.

In the mind of one patient, Clara Peuthert, this could only mean one thing:

Madame Unknown was a Russian princess!

Clara was so sure of this that she told everyone she could all about her friend from the asylum who was totally a princess!

…and everyone believed her.

Yeah, don't look for the logic in this. There is none.

Soon, former Russian bigwigs and Romanov servants were descending upon the asylum to check out this potential princess, but Madame Unknown refused to speak to any of them.

Then, a former Romanov lady-in-waiting visited. She took one look at Madame Unknown and declared her too ‘short to be Tatiana.’Madame Unknown stared at the woman and said:

“I NEVER SAID I WAS TATIANA.”

Madame Unknown was in fact Anastasia Romanov…well, at least that’s what she said. She also explained that she didn’t go by Anastasia anymore, but rather Anna Tchaikovsky.

Names aside, Anna/Anastasia had a lot of questions to answer! First up was:

HOW THE LIVING FUCKITY ARE YOU ALIVE?

Anna said that the bayonets used by soldiers to kill the Romanovs had in fact been blunt and, thus, had failed to kill her because she was wearing a corset padded with jewels.

Anna fell to the floor and played dead. When it was over, a kindly soldier –named Alexander Tchaikovsky – carried her to safety.

Alexander nursed her to health and the two had a child together, with Anna taking on his last name. However, Alexander died and her child was taken away. That’s why Anna came to Berlin…to kill herself!

Yep, that all sounds fully legit and sound.

Aside from this (let’s be real – batshit) story, Anna bore a resemblance to Anastasia and could pick out and name Romanov family members when shown photographs. Anna also spoke in a Russian accent, BUT she didn’t actually know a word of Russian.

You might argue that this could be considered a bit of an issue for someone claiming to be a Russian princess, who was born and raised in Russia and spoke Russian…yet Anna’s supporters were having none of this. They were adamant that Anna’s lack of ability to speak Russian was down to amnesia caused by her trauma!

But don’t worry, not everyone believed the amnesia line! In fact, the majority of Russia’s surviving aristocracy didn’t buy into what Anna was selling. And they had good reason not to.

In 1927, a Berlin newspaper published a report that suggested Anna was in fact a missing polish factory worker called Franziska Schanzkowska.

Franziska Schanzkowska and Madame Unknown had an uncanny resemblance and Franziska’s brother swore in court that Anna was in fact Franziska.

Not only this, but after being caught up in a factory explosion, Franziska had been declared insane. Shortly after this diagnosis, Franziska went missing and within weeks Madame Unknown was dragged out of a Berlin canal. 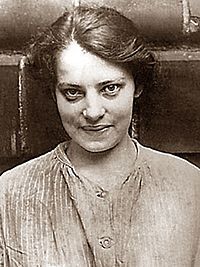 But despite all of this – some people still believed that Anna was who she said she was.

They believed this for decades! They believed it so much that they took Anna into their homes, where she was nothing short of a nightmare to live with (you know…because she was really ill and getting no help).

They even funded a 30-year-long series of court cases in an attempt to help Anna get the Romanov fortune, which ultimately proved fruitless. 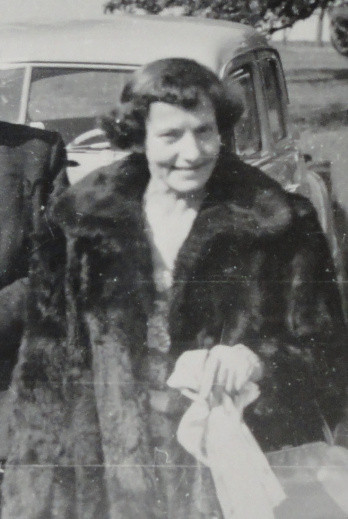 In 1984, Anna (now called Anna Anderson) died in America; 60 years on from being found in the asylum, she still claimed to be Anastasia Romanov.

Then, in 1991, the graves of the Romanov family were found (missing two skeletons).

Finally, DNA testing proved that Anna had not been a Romanov.

In fact, Anna had probably been Franziska Schanzkowska, the missing Polish factory worker.

The mystery finally ended in 2007, when the remaining two bodies of the Romanov family were discovered. One was Alexei, and the other was Anastasia.

These aren’t only people in one dark corner of Reddit. In 2014 a historian named Veniamin Alekseyev released a book claiming that Anna Anderson was Anastasia. Because apparently, almost 100 years on, we just can’t let this one go. 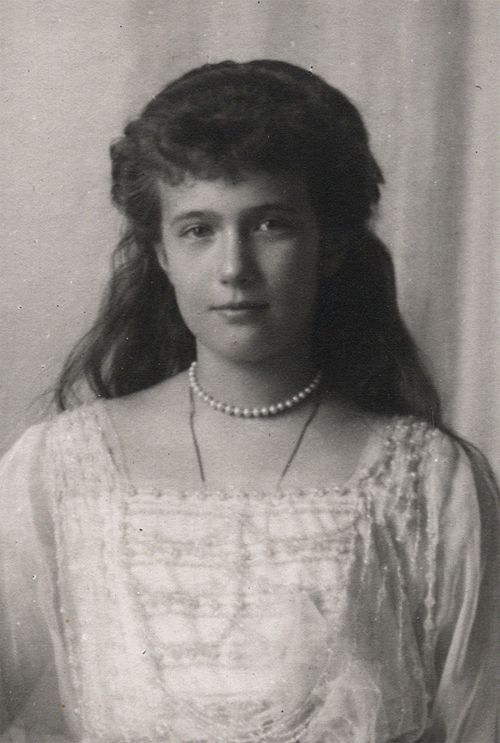 This was really interesting, where can I find out more? You should totally check out Helen Rappaport’s book, The Romanov Sisters: The Lost Lives of the Daughters of Nicholas and Alexandra (admittedly not a catchy title, but an amazing book). It gives a great insight not just into the life of Anastasia, but also her three sisters, Tatiana, Olga and Maria.

Tags: Anna Anderson , Anastasia Romanov , F Yeah History , Anastasia Romanov
Support Feminist Media!
During these troubling political times, independent feminist media is more vital than ever. If our bold, uncensored reporting on women’s issues is important to you, please consider making a donation of $5, $25, $50, or whatever you can afford, to protect and sustain BUST.com.
Thanks so much—we can’t spell BUST without U.