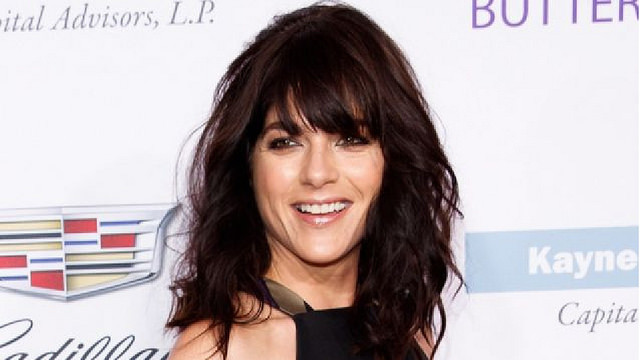 I grew up watching Selma Blair in movies like Legally Blonde and the Hellboy series. In the latter, she was a fire pyrokinetic super-human and the former a whip-smart law student. Though I wasn’t allowed to watch most of her films (being in grade school, my mother didn’t exactly want her eleven year old watching Cruel Intentions) I looked up to her. I admired her power, her courage, and her willingness to stand up for what’s right.

When Blair’s Multiple Sclerosis (MS) diagnosis came to light in October, many were shocked. On February 27th, she spoke publicly about her struggle with the disease with news anchor Robin Roberts on Good Morning America. During the interview, Blair experienced a flare-up in her MS, exacerbating the affects of the illness. Her speech was affected and her movements were constricted, exhibiting classic signs of the disease. Blair puts a face to a disease that effects more than 2.3 million people worldwide. MS is two to three times more likely to affect women than men, however, Blair struggled to get a diagnosis from a doctor.

She recounts that doctors didn’t take her seriously, saying excuses like “[you're a] single mother, you’re exhausted, financial burden, […] hormonal, pre-menopausal, post-menopausal, […] no one said, ‘maybe you should get an MRI. Maybe we should just check it out.”’ Blair herself would suggest to the doctors that they perform an MRI and they would insist she would not need one. It wasn’t until she fell in front of a doctor that she finally was diagnosed with an aggressive form of MS.

The medical industry has a long history of dismissing women’s pain and health issues, using excuses similar to the ones Blair stated above. Many doctors simply tell women to “ignore the pain,” call them hysterical, tell them they “pay too much attention to their own body,” dismiss them as anxious, or suggest meditation and yoga rather than prescribing important medication.

Like Blair, many women find themselves having to advocate for their own health, fighting to receive proper treatment from (often) male doctors who don’t believe them. In addition, black Americans of all genders have difficulty being diagnosed and are under-treated for chronic pain due to outdated and racist teachings in predominantly white medical schools.

A number of healthcare professionals are critical of the way women’s health is dismissed in their field. On the subject, Tonia Gregory, a Washington state ICU nurse with 23 years of experience, says she “see[s] women receiving poor quality health care because of their gender. Especially when it comes to neuromuscular and autoimmune disorders. I feel like the many physicians interpret [women’s] symptoms as a psychosocial problem instead of an actual medical problem.”

With nearly 59% of medical school graduates being white, the average age of surgeons and physicians being 47, and 65% of professional physicians are male, the medical industry is overwhelmingly being run by those who do not understand or consider women and people of color’s medical issues.

Blair is a white, wealthy, thin, and famous woman. She is among the most privileged groups in America, yet she was not believed by multiple doctors. They dismissed her pain, her inability to live fully as a product of her position as a single mother, her hormones, her stress. Rather than figuring out what was wrong, they simply couldn’t be bothered with the pain of a woman.  Time and time again, women’s pain has systematically been dismissed as a manifestation of their gender. The idea that pain is simply part of being a woman or that we are more sensitive is simply not true. Yet, this idea is a part of the core beliefs of Western medicine.

And women are dying. Women are dying because physicians are not listening to women when they voice their pain. As of 2014, for every 100,000 births, there are 21.5 maternal deaths in the U.S. Women wait in the emergency room longer than men. Women are more likely to die of a heart attack than men if their ER doctor is male. If someone like Selma Blair, with money, access, privilege, had to wait years to understand what was wrong with her - where does that leave the rest of us? Where does that leave women of color? Queer women? Poor women? Men of color? What will it take for medical professionals to take us and our pain seriously?

With her appearance at Vanity Fair’s Oscar Party, Blair proudly displayed her cane. She was regal in her gown, not afraid to exhibit the power I admired (and still admire) as a young girl. With her cane, she brought a new voice to the spotlight - the voice of a woman suffering from chronic illness, one not often seen in the media.

In her interview with Roberts, Blair details the anxiety she had over the interview due to her spasmodic dysphonia, which affected her speech. She was convinced by her neurologist, who told her she would bring visibility to the disease, “because no one has the energy to talk when in a flare-up. But I do; because I love a camera.”

Blair was lucky enough to receive medical treatment. On finding proper medical care for yourself, Gregory says to “ask a female nurse, not male, [which physicians] they would recommend. I also tend to look for female physicians […] when seeking my own care.” She adds that Planned Parenthood is an “excellent resource for seeking a physician who will listen to female patients.” Gregory also emphasizes to not “be afraid to shop around. I think a lot of people are afraid to switch doctors, but this is your life at stake. You need to be comfortable with your physician and trust them.”

To learn more about MS, you can visit the National Multiple Sclerosis Society’s website.

Tags: health , Selma Blair , medicine , doctors , multiple sclerosis , feminism , healthcare
Support Feminist Media!
During these troubling political times, independent feminist media is more vital than ever. If our bold, uncensored reporting on women’s issues is important to you, please consider making a donation of $5, $25, $50, or whatever you can afford, to protect and sustain BUST.com.
Thanks so much—we can’t spell BUST without U.