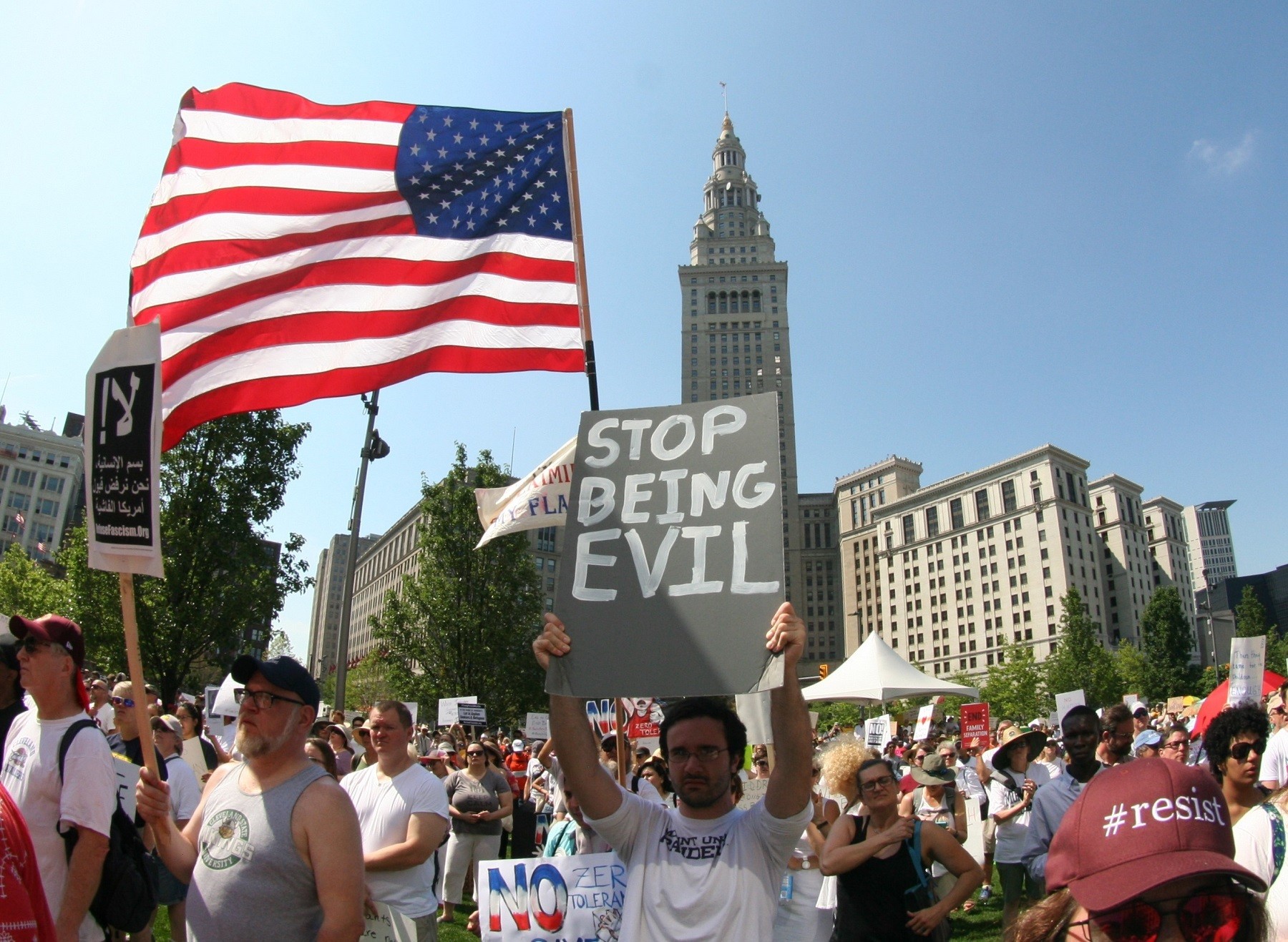 On February 21st, a 24-year old Honduran migrant in ICE custody delivered a stillborn baby at a Texas immigration detention center. She was six months pregnant and went into premature labor. In a joint statement between Customs and Border Patrol and Immigration and Customs Enforcement, the agencies state that the day she was medically examined and cleared for release, she went into labor:

"She began complaining of abdominal discomfort and was examined by the ICE Health Service Corps (IHSC). The clinical director was called and ordered that she be sent to the hospital. EMS was called. At that time, she conveyed that the baby was coming. She went into premature labor, at 27 weeks pregnant, and delivered an unresponsive male infant."

This is one of 22 deaths within ICE custody over the past two years, and one of THOUSANDS of recent tragedies occurring at the hands of our broken immigration system. CNN reports that “the Department of Health and Human Services received more than 4,500 complaints of sexual abuse against unaccompanied minors from 2014-2018, according to internal agency documents released Tuesday by Florida Democratic Rep. Ted Deutch.”

Most were incidents that occurred between minors, but there were 178 documented incidents of staff on unaccompanied minor abuse, according to Axios. About 1,300 of these complaints were filed with the Justice Department.

Jonathan Hayes, acting director of the Office of Refugee Resettlement, says that Rep. Deutch has been mischaracterizing the information. In a House hearing on Tuesday concerning the Trump administration's family separation policy, Hayes said: "None of the allegations involved ORR federal staff..these allegations were all fully investigated and remedial action was taken where appropriate."

Hayes and his refusal to accept blame highlight an important issue - the laws and infrastructure surrounding immigration in the United States are complicated. Hayes represents the Office of Refugee Resettlement, which is an office within the Department of Health and Human Services. Meanwhile, immigration falls within the purview of the Department of Homeland Security. Yet the offices often interact. Are you with me so far?

Essentially, the responsibility to handle this immigration crisis falls among several different agencies and departments. So when officials from Custom and Border Patrol admit that there was no comprehensive system in place to track families who were separated, the labyrinthine bureaucracy of immigration further complicates this.

After September 11th, immigration was folded into the Department of Homeland Security, a department created in 2003 in response to the attacks. Previously, the duty of immigration fell under the Immigration and Naturalization Services. Immigration and Customs Enforcement (ICE) and Customs and Border Patrol (CBP) are two different agencies, created as the result of this restructuring. A Slate article from this past July explains: “CBP is supposed to focus on enforcement at the border, while ICE is supposed to focus on enforcing immigration laws in the interior of the country. However, in practice, those lines get blurred, especially when agencies’ resources and facilities are pushed to their capacities, as they are now because of the Trump administration’s zero-tolerance policy.”

Enforcement at the border includes U.S Border Patrol, who is actually authorized to operate within 100 miles of the border. To give you an idea of just what that means, here’s a graphic from the ACLU about who is included in this zone:

Because of this zone, duties and responsibilities between the two agencies become conflated. Some of ICE’s responsibilities include “arresting people to put them into immigration proceedings, managing immigrant detention, and deporting people.”

Regardless of who is “in charge,” even just one of these tragedies is too many. The fact that many on the left are calling to #AbolishICE is important. But it is not the whole story. The bureaucracy in its current state is not working, and we are long overdue for a change.

Tags: Congress , Customs and Border Patrol , Immigration and Customs Enforcement , family separation , immigration
Support Feminist Media!
During these troubling political times, independent feminist media is more vital than ever. If our bold, uncensored reporting on women’s issues is important to you, please consider making a donation of $5, $25, $50, or whatever you can afford, to protect and sustain BUST.com.
Thanks so much—we can’t spell BUST without U.