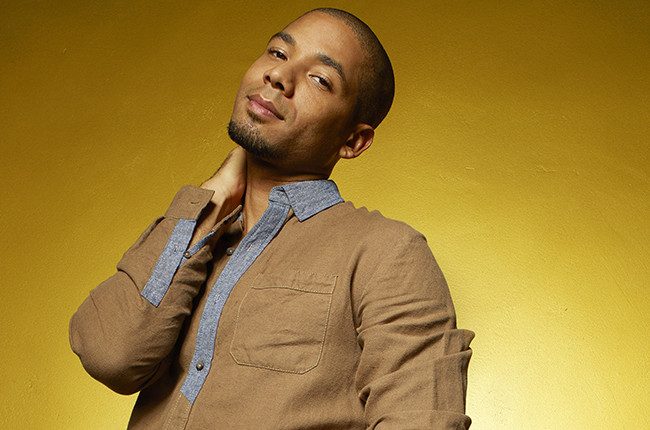 Actor Jussie Smollett was horrifically and brutally attacked in Chicago early Tuesday morning by two unidentified men. Smollet told police that attackers yelled out “This is MAGA country,” according to ABC News. Which makes sense, given how our racist president has been inciting racist animus since, oh, his entire public life.

According to CNN, Chicago police say that the two men who attacked him were “yelling homophobic and racial slurs” and that they “poured an unknown chemical substance on the victim.” They put a noose around his neck and fled the scene. Smollett took himself to the hospital, where he is currently being treated.

The police is also working with the FBI on this case, who are investigating it as a hate crime. Though the neighborhood where the crime occurred has a lot of security cameras around, but so far, no images of the alleged attackers have yet been found. The attackers were wearing masks, making identification even more of a challenge.

Particularly harrowing is the fact that this is not the first attempt made against Smollett. Smollett has reportedly been the target of threats before. Police confirmed to ABC News that Smollet received a letter containing threatening language, laced with a powdery substance believed to be Tylenol. (You can see the letter at the Root, but please be warned, it is incredibly disturbing and contains homophobic language.)

Unfortunately, the crime perpetrated against Jussie Smollett is all too common. The FBI reports that the number of reported hate crimes have been increasing for three consecutive years, spiking by 17 percent in 2017, Trump’s first year in office (we should also keep in mind that this is only reported hate crimes, so that likely largely undercuts the amount of actual hate crimes). In the month after the 2016 election, the Southern Poverty Law Center reported an immediate spike in hate related incidents.

Many people took to Twitter to comment on this terrible event, including presidential candidate Kamala Harris, who did not mince words:

.@JussieSmollett is one of the kindest, most gentle human beings I know. I’m praying for his quick recovery.

This was an attempted modern day lynching. No one should have to fear for their life because of their sexuality or color of their skin. We must confront this hate.

Kevin Hart tweeted his support for Smollett as well, though many were quick to point out how his history of homophobic tweets include violence against his own son.

When Will We Talk About White Men's Violence As Acts Of Terrorism?