What We've Learned from Jennifer Lawrence's 15 Minutes of Friendship 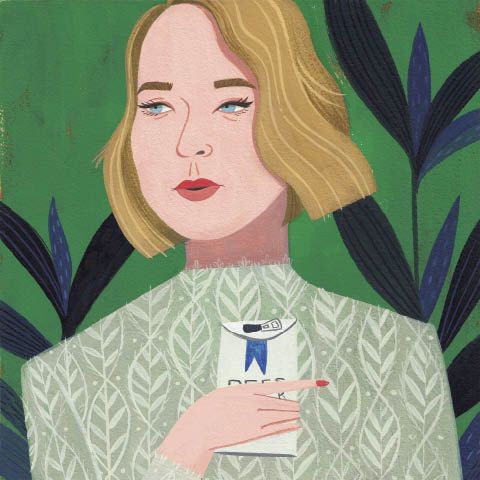 Jennifer Lawrence is so likeable one hesitates to analyze her likeability.Once upon a time (OK, maybe two years ago), the celebrity galaxy glinted dully with the tawdry light of stars who lacked a certain something. They entertained us, but nobody wanted to hang out with them. Join Miley’s entourage? Please. Grab pizza with Katie Holmes? Uh, no, that would be weird.

But one day (OK, it was Oscar night), Jennifer Lawrence showed up wearing Dior and a crooked grin and changed everything because we liked her. She tripped on her way to the podium, then followed her win with hilarious interviews filled with stories about doing shots and eating burritos.

Even now, Jennifer Lawrence is so likeable one hesitates to analyze her likeability. Sure, she has touches of “cool girl,” the kind of high-fiving, hamburger-chomping, raunchy-wink-wink persona that Amy Dunne rants about in Gone Girl. But in Lawrence’s case it appears like more than just an act to impress guys. Moreover, she’s perfectly evoked how we think we would act if we were stars. Her funniest moments are self-deprecating stories about being anxious. “I’m like a Chihuahua,” she told a late-night-show audience. “I’m shaking and peeing!” At the height of her likeability, it seemed like Lawrence had outwitted the fame game, a real-life Katniss Everdeen saving us all from having to watch yet another young tribute—aka female celeb—get served up for media slaughter.

It’s a weird game, to be sure: consider how “likeable” male actors are usually stalwarts like Tom Hanks, Denzel Washington, and George Clooney, whose careers span decades. But the women our culture “likes” are almost all under 35, are in the first blush of their careers, and have managed to not only evade the kind of animosity that sticks to stars like Anne Hathaway (who supposedly tries too hard), but also the kind that haunts Kristen Stewart (who supposedly doesn’t try hard enough).

“I hope it doesn’t turn on her,” fans said, as if public opinion was like weather. And it wasn’t long before people—a lot of guy people—began to dismiss her. “The older you get, the less charming your drunken behavior will be,” Esquire.com warned Lawrence; Jared Leto wondered if her clumsiness was “a bit of an act,” and Vice called her “the new Anne Hathaway.”

These days, media outlets devoted to celebrities outnumber the celebs themselves. With all that vast space, is it any wonder that we try to fill it with our own feelings? Beneath that fondness, however, is the belief that there’s a correct way to be a famous woman. Which includes not only “being likeable” but also knowing when to disappear when public opinion changes.

We constantly blame celebrities for killing the warm fuzzies we once had for them, but maybe this whole like thing deserves to die. Likeability, after all, didn’t keep misogynist shitheads from posting hacked nude photos of Lawrence online. Clearly being the “cool girl” means nothing when it comes to the kind of hate that’s visited upon famous women. And just because this is the kind of world we live in now, that doesn’t mean we have to like it.

This article originally appeared in the print edition of BUST Magazine.  Subscribe today!