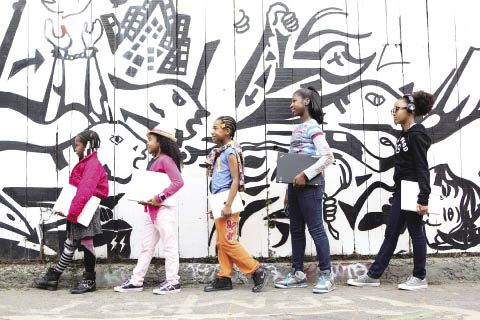 To say women of color are underrepresented in science and tech fields is a gross understatement. Black women fill just three percent of computing jobs in the U.S. And according to a recent study, despite expressing interest in STEM fields in higher numbers, black women are less likely than their white counterparts to obtain degrees in those fields. That’s why, as a biotech professional with a degree in engineering, Kimberly Bryant, 48, was already remarkable before she founded Black Girls Code, a non-profit whose mission is “to increase the number of women of color in the digital space by empowering girls of color ages 7 to 17 to become innovators in STEM fields, leaders in their communities, and builders of their own futures through exposure to computer science and technology.”

“When I graduated in the late 1980s with a degree in electrical engineering, women earned about 30 percent of computer science degrees,” says the Vanderbilt alum, who says she has seen the industry move backward, not forward, when it comes to diversity. “Since that time, the number has plummeted—it’s currently only 18 percent. But for women of color, that number falls off a cliff. Black women receive only about three percent of computer science degrees.”

The self-described “nerdy mom raising a geeky daughter,” who has already been recognized by the White House as a “Champion of Change,” says her mission is simple. “I was determined to create a better, more ideal, and perhaps easier pathway for my daughter, and girls like her.” To find out more, visit blackgirlscode.com.

This article originally appeared in the print version of BUST Magazine. Subscribe today!

Tags: san francisco , technology , STEM , computers , computer science , coding , black girls code , minority , web design
Support Feminist Media!
During these troubling political times, independent feminist media is more vital than ever. If our bold, uncensored reporting on women’s issues is important to you, please consider making a donation of $5, $25, $50, or whatever you can afford, to protect and sustain BUST.com.
Thanks so much—we can’t spell BUST without U.