Gaby Hoffmann: The Gift of Gab

From Girls, to Obvious Child, to Transparent, actress Gaby Hoffmann is in everything we want to see.

In a world where former-child-star meltdowns are a dime a dozen, a late afternoon lunch in Brooklyn with 32-year-old actress Gaby Hoffmann is a refreshingly chill oasis. Back in the late '80s and early '90s, Hoffmann nabbed some of the choicest kid roles of the era, in films such as Field of Dreams, Uncle Buck and Sleepless in Seattle. But these days, she’s known for taking on much more daring projects. She appeared in this summer’s feel-good abortion comedy Obvious Child alongside Jenny Slate. And her brazen attitude and casual nudity in 2013’s drug fueled Crystal Fairy & the Magical Cactus, and on the latest season of HBO’s GIRLS, inspired some reporters to declare her natural thatch of pubic hair the next female grooming “trend.” This fall, Hoffmann will be starring in the hotly anticipated series Transparent, an Amazon original written and directed by Jill Soloway, about a well-heeled Los Angeles family dealing with their father’s coming-out as transgender. Clearly, when it comes to cutting-edge content, Hoffmann is no shrinking violet. “I care deeply about other people and their happiness, but judgment and social norms?” she says, laughing, “I grew up in a culture where that stuff wasn’t cool, you know?” 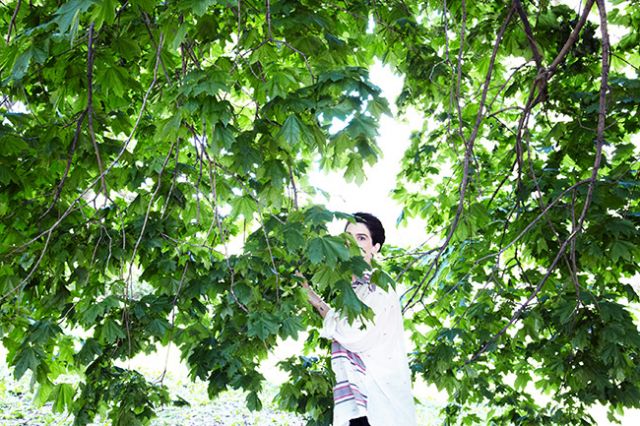 The culture she’s referring to was the milieu of New York’s legendary Chelsea Hotel, where she lived with her half-sister Alexandra and her Warhol superstar mom Viva (aka Janet Hoffmann). “I really, really am happy that I was raised by a woman who did not conform to what anybody else expected or wanted,” says Hoffmann. “She is just truly herself. It can be infuriating and difficult sometimes, but she is truly herself, and it’s the greatest lesson I think you can teach anybody.” 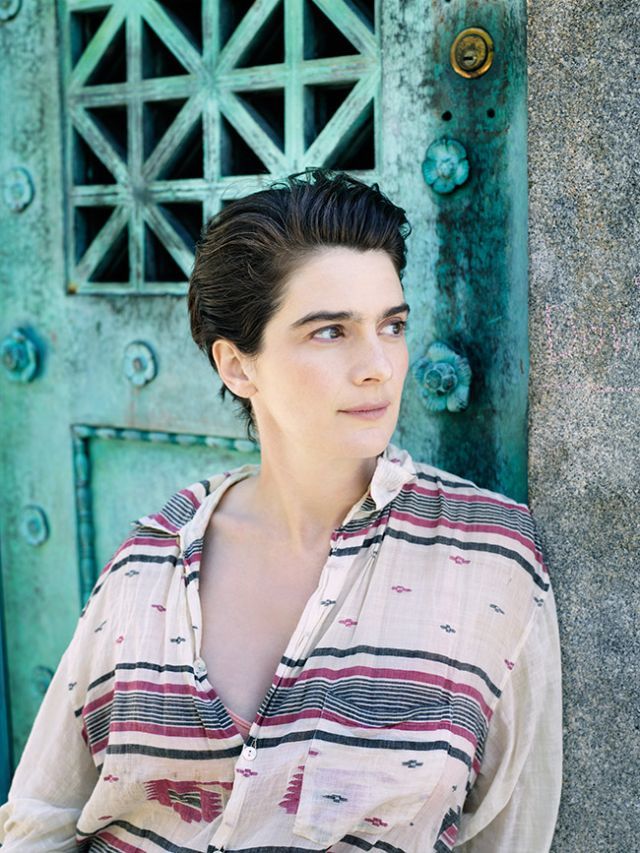 In pursuit of this sort of authentic self-discovery, Hoffmann spent her post child-star years trying to figure out what she wanted to do with her life. And like plenty of 20-somethings, she struggled with her career path. “Not knowing what you want to do, who you are, how you feel about what you’ve done your whole life— that kind of confusion, for me, led to paralysis, and that’s really unpleasant,” she says. On the other hand, it’s not a hiatus she regrets taking. That time off from acting offered plenty of opportunities for self-examination, study, travel, trying out different jobs, and building relationships. But after her work in Crystal Fairy made her the belle of Sundance 2013, she was soon swept up in productions ranging from the Veronica Mars movie to the upcoming Reese Witherspoon film,Wild, based on the bestseller by Cheryl Strayed. 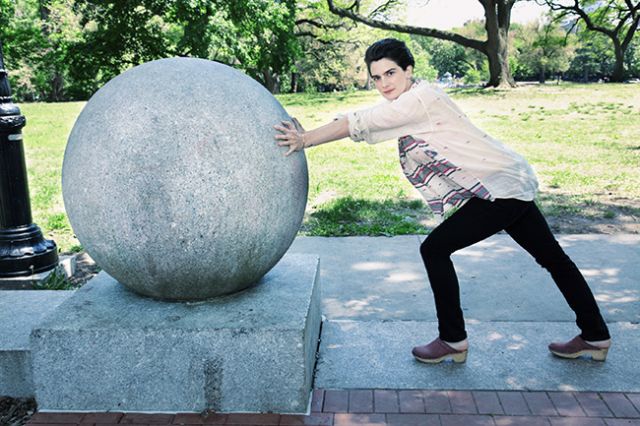 After a busy season of premieres and hectic shooting schedules, Hoffmann plans to head back to Brooklyn this fall to feather her nest in anticipation of her biggest project yet: her first child. And after that, her next move is anyone’s guess. “I feel like the luckiest person in the world. I have a job that I love and I get to make a living, and I’m totally curious and interested in it. I feel very, very privileged,” she says. “But I may not feel that way in a few years. Maybe I’ll discover I don’t really love it anymore, and that’s fine too. But yeah, for right now, it feels fantastic.”

This feature originally appeared in the August/September 2014 issue of BUST, get it on newsstands now or subscribe here.