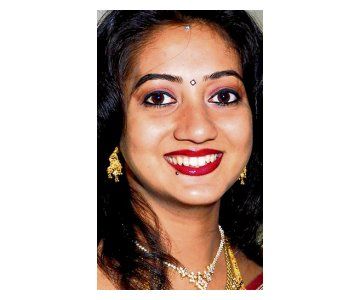 While the abortion debate continues to rage in the US, across the pond, in Ireland, news of a woman’s death, caused by the denial of an abortion, is stirring up the debate once more in a country where abortion remains inaccessible to women.

Savita Halappanavar, 31, died on October 28 in University Hospital, Galway after being hospitalized for a week due to severe pains at 17 weeks of pregnancy. She was found to be miscarrying, but because a fetal heartbeat was detected, doctors refused to terminate the pregnancy. Despite her pain, doctors waited for the heartbeat to stop before operating. She later died from septicaemia.

Savita’s husband, Praveen, has been speaking to the Irish media—an admirable feat considering his immediate grief. He told the Irish Times in a story published today that his wife’s repeated requests for a termination were answered with the response: “This is a Catholic country.”

He went on to say, “What is the use in being angry? I’ve lost her. I am talking about this because it shouldn’t happen to anyone else. It’s very hard.”

While Praveen is left to grieve, we are the ones who can get angry—on his behalf, on the behalf of women denied their rights worldwide, and on the behalf of the friends and family of those women who are allowed to die.

The abortion debate is ongoing and highly emotive in Ireland. The ruling on the X Case in 1992 decided that a woman has the right to an abortion when her life is in danger (this includes risk of suicide), and yet 20 years later, women still have to board a plane to England to access abortion, and are often ostracized for doing so.

Sadly, after today’s news, we learn that women are even allowed to die when an abortion might save her life.

The Twittersphere is positively raging right now. Journalists, politicians and various commentators are expressing their anger and sadness over the senseless loss of a woman, wife, and daughter who enjoyed teaching classical Indian dancing to local children and organizing Galway’s annual Diwali festival.

Anti-choice commentators are already accusing the pro-choice movement of using Savita’s tragic death as a pawn in their political agenda. That accusation couldn’t be further from the truth. We simply hope that this is the final case in which a woman’s life is lost due to outdated laws and misogynist thinking on behalf of those in political power (including the church).

Protests are scheduled for tonight outside Leinster House—the house of the Irish parliament—along with similar events and candlelight vigils being held around the country and the UK.