After the Should-Be 50th Anniversary of Roe, Organizations like We Testify are More Important than Ever 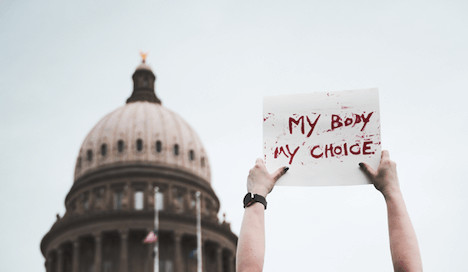 January 22nd, 2023 was supposed to be the 50th Anniversary of Roe V. Wade. Thanks to the Supreme Court, which currently includes an alleged attempted rapist and an accused sexual predator, it was not.

Roe was overturned in June of 2022. Since then, thirteen states have instituted full abortion bans and five states have partial-bans depending on the length of pregnancy. It is a grim period for reproductive justice, and the stripping of rights that many generations hoped would be permanent is deeply upsetting and, in many instances, life-threatening.

That’s why now, more than ever, abortion storytelling is important, and organizations like We Testify are bright shining lights in a dark time. We Testify is a nonprofit founded in 2016 that is “dedicated to the leadership and representation of people who have had abortions, increasing the spectrum of abortion storytellers in the public sphere, and shifting the way the media understands the context and complexity of accessing abortion care,” according to their website.

They do truly incredible work removing the stigma that surrounds abortion and helping people who have had abortions assume positions of power and influence. We Testify takes an intersectional approach to their mission, focusing on supporting and sharing the stories of marginalized women and queer/non-binary people. This is particularly fitting due to the organization’s roots in Frida Kahlo’s–an artist, activist, woman of color, and champion of social justice and disability rights–own backyard. According to their site, We Testify’s founder and executive director, Renee Bracey Sherman, was on a retreat in Mexico City visiting La Casa Azul, Kahlo’s famed former home, when the idea for the organization struck her. From the personal garden of one of history’s most famous storytellers and feminists, We Testify was born.

The nonprofit uplifts abortion storytellers by offering support before, during, and after the storytelling process, as well as compensating those who’ve had abortions for the emotional labor of sharing their experiences. They also partner with artists for projects, like their award-winning Comics for Choice anthology which connected illustrators with abortion storytellers to create a comic book of abortion histories and stories. We Testify has even teamed up with national organizations like Planned Parenthood and the ACLU. With Planned Parenthood, they produced a short film titled Ours to Tell, which follows four people who have had abortions as they share their stories and how the decision affected their lives.

It can not be overstated how empowering and impactful changing the conversation around abortion can be. Everyone deserves empathetic, understanding, loving support when making the decision to get an abortion, and acknowledging the wide range of experiences that exist is so important in advancing reproductive rights. And, guess what? It’s a super common experience, with nearly one in four women having at least one abortion before the age of 45–but a lot of you probably already knew that.

We Testify has an active social media presence, and is a great asset for staying informed about abortion rights and destigmatization. If you’re looking for an abortion storyteller to speak at your next event, a platform to share your own story, a place to put your feminist rage to good use, or help finding resources to obtain an abortion, you can visit their website or find them on Instagram, Twitter, and Facebook. You can also donate here.