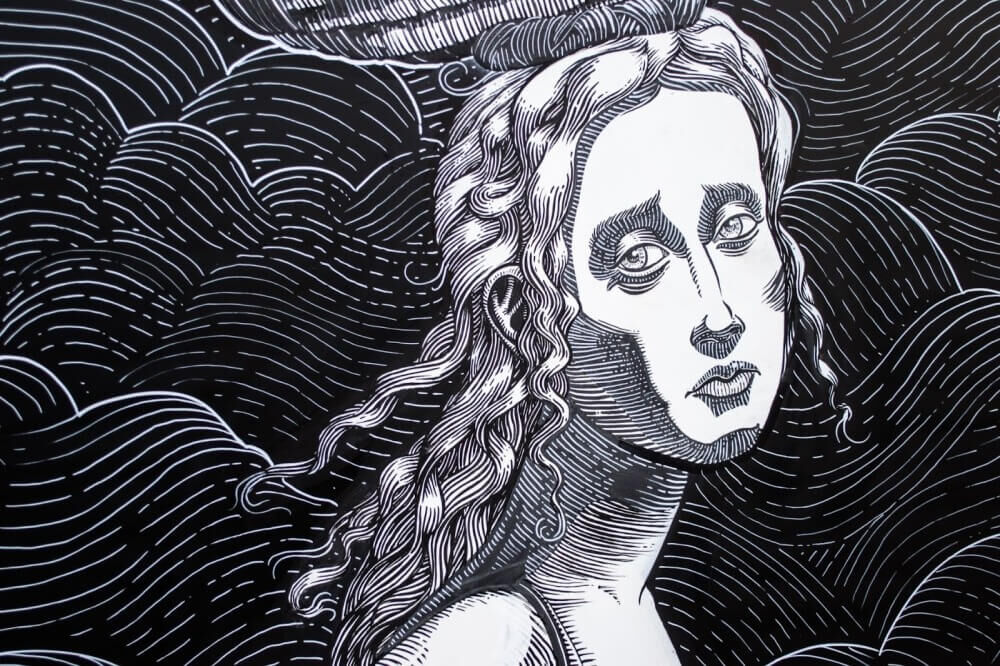 If you’re active on social media, chances are that your feeds have been flooded with AI-generated artsy pictures of the people you know. It’s also likely that you’ve downloaded Lensa and participated in the trend yourself, given that Lensa AI is topping the free iPhone App Chart with other AI generators and photo and video editors close behind it. Whether you’ve tried the app out for yourself or not, it’s important to look at what’s being revealed about technology, as it continues to grow in popularity. While participating in online trends isn’t inherently harmful, a number of users, particularly women, were shocked and offended seeing how Lensa’s AI-generated avatars altered their appearances: from exposing chests to erasing double chins and lightening skin tone; It’s become clear that even while engaging with the most innocent-seeming internet trends, women can’t escape the crushing weight of bigoted beauty standards.

Aubrey Gordon, an anti-fatphobia author/activist who publishes under the name Your Fat Friend and co-host of the diet-culture-debunking podcast Maintenance Phase, took to Instagram to share the images Lensa AI generated for her – and how she felt about those images. Gordon observed that the app removed the double chin present in the reference photos she uploaded, and disabled comments on the post due to the thinner AI images of her being praised “in a way that the fat real life [Gordon] is almost never complimented.” She goes on to say she was left feeling “isolated and despondent.”

In an article for Insider, writer Laura Wheatman-Hill writes that the Lensa AI app made her “unrecognizable” and triggered memories of being “lonely, hungry, anxious, and terrified” while suffering through an eating disorder. The avatars generated for her by Lensa not only included breasts “nearly falling out” when none of the reference photos she uploaded showed anything below the shoulders, but also collarbones that popped out and images that looked like, in Wheatman-Hill’s words, a “strung-out, exhausted version of [herself].” She expresses grave concern for the way current and future younger generations may internalize the results of this technology, possibly leading to increased development of eating disorders, low self-esteem, and body dysmorphia in young people who didn’t struggle with those issues before exposure to the internet.

Twitter user Rizèl Scarlett (@blackgirlbytes) uploaded a short thread showing that, as a Black woman, only eight of the one hundred AI-generated images from Lensa even resembled her. Some images were heavily distorted nightmare fuel while, even more concerning, others lightened her skin tone so drastically that they were pictures of “a white woman.”

It needs more black girl training data because out of 100 pics, these are the few that looked like me pic.twitter.com/KVOj0LIvdu

London-based Black feminist Anna Horn (@feministnoire) had a similar experience with Lensa AI, according to her Twitter. In addition to the generated images being highly sexualized, she observed that she looked “like a white woman in most of the pictures.” In a racist and colorist society riddled with instances of gendered anti-Black violence and disenfranchisement, this whitewashing exacerbates the ill perception and treatment of Black women.

It perpetuates racism and sexism - I ended up looking like a white woman in most of the pictures…. pic.twitter.com/UaztsQ8dyw

Filters and photo editing apps reinforcing Eurocentric beauty standards by slimming, growing or shrinking certain facial features, and lightening skin tone is not a new trend, but it has dangerous implications for the way we perceive ourselves and others. Hell, “Snapchat Dysmorphia” is an actual term used under the broader umbrella of Body Dysmorphic Disorder. While an “it’s just an app/it’s not that deep” approach is much easier to digest, it’s more important now than ever to understand that nothing, especially online, exists in a vacuum. Hierarchies of sex, gender, race, and beauty are so deeply ingrained into our collective consciousness that bigoted standards worm their way into nearly everything. We just can’t seem to catch a break from being given more reasons and opportunities to scrutinize our appearances every damn day.

At the very least, the over-editing and hypersexualization of women’s appearances by Lensa AI contributes to warped self-perception and insecurity, but the above examples demonstrate that it exacerbates harmful ideas about beauty and racial stereotypes, which, at their worst, are catalysts for bigotry and violence. Even if you’re not the type to engage with online trends, there’s no denying that what’s popular on social media seeps into real, everyday life, and impacts the ways we look at ourselves, others, and the world around us.

Photo by Diogo Nunes on Unsplash