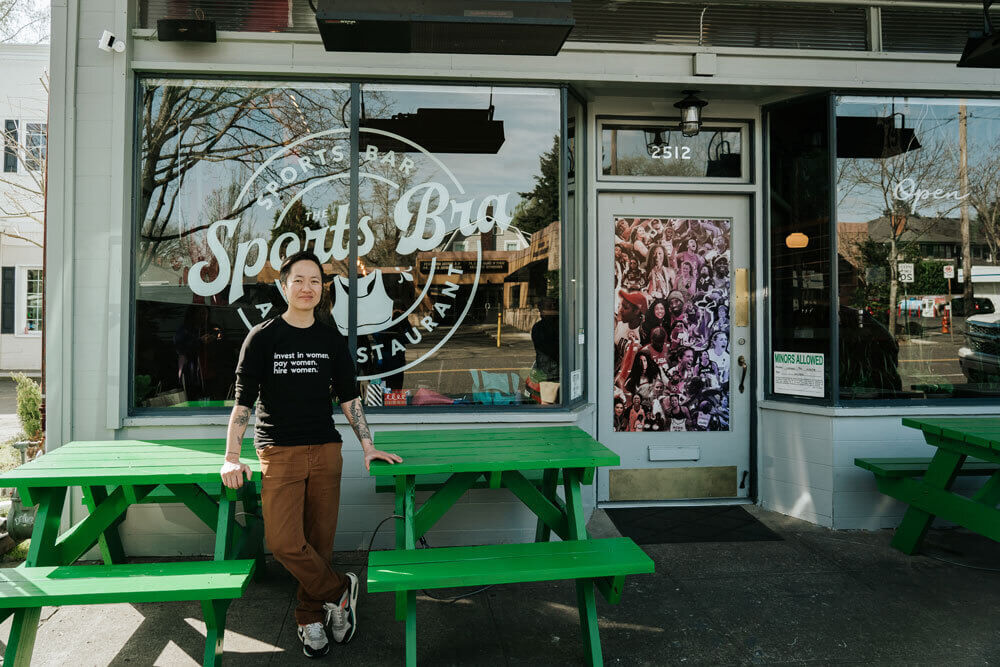 Four years  ago, Jenny Nguyen rolled up to a sports bar with some friends in hopes of watching the NCAA women’s basketball final. The bartenders wouldn’t change the channel on the main TVs, though, so the group ended up crowding around a small TV to watch the game—with no sound. “There was this epic, last minute three-pointer,” Nguyen, 42, says.“I remember jumping up and throwing my hat across the room, then just looking out to the bar and seeing that everyone thought I was crazy.”

That’s when Nguyen told her friends what had been on her mind for years: “The only way we’re going to watch women’s sports in public is if we have our own place.” So, she made it happen. Last April, Nguyen opened The Sports Bra—a sports bar dedicated to showing women and girls’ sports. But opening the bar in Portland, OR, didn’t come without its own set of hurdles.

"The only way we’re going to watch women’s sports in public is if we have our own place.”

“Writing the menu was easy;” says Nguyen, pointing out that she has been in the restaurant industry for 15 years.The real challenge was figuring out how to stream women’s sports in a restaurant. A study by USC/Purdue found that 95 percent of television athletics coverage focuses on men’s sports, which makes streaming fees for women’s sports more expensive, adding to the bar’s operating costs.

After being turned down for bank loans, Nguyen launched a Kickstarter and raised over $105,000. “If it wasn’t for the support from the community, I might have given up,” she says. That’s why giving back is so important to her: The Sports Bra’s beers and cocktails come from women-led breweries and distilleries; their meat is locally sourced from female ranchers; and the picnic tables outside the bar were made by a local nonprofit that teaches girls about carpentry.

The bar is also family friendly. “One of the best things is having kids here, because it’s probably the first time they’ve seen women’s sports in a public place,” Nguyen says. “And they’re seeing other people here cheering for it. That sense of belonging—that’s totally worth everything to me.” 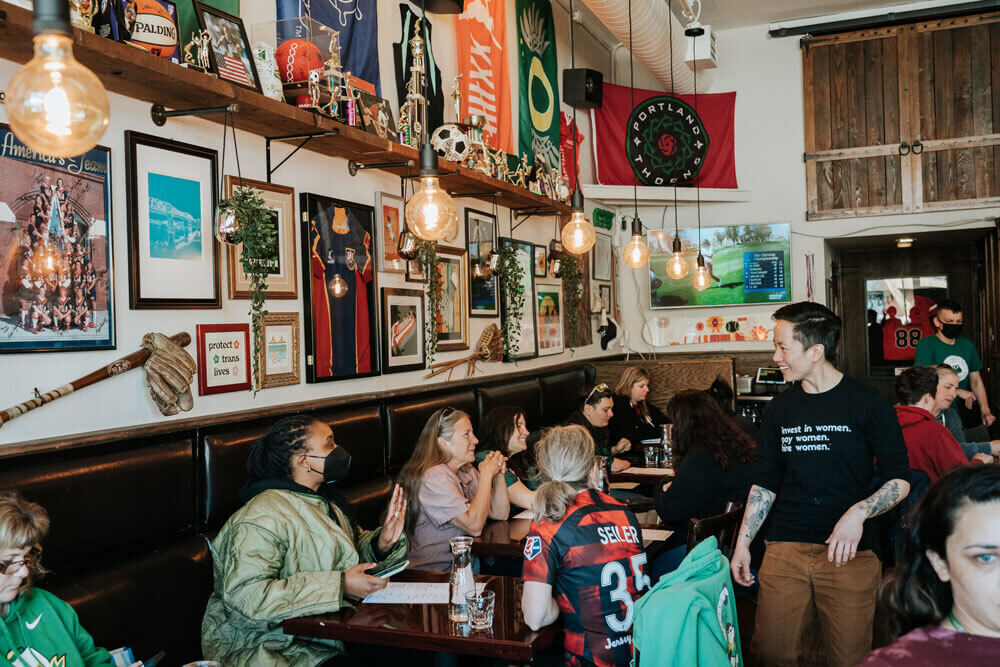 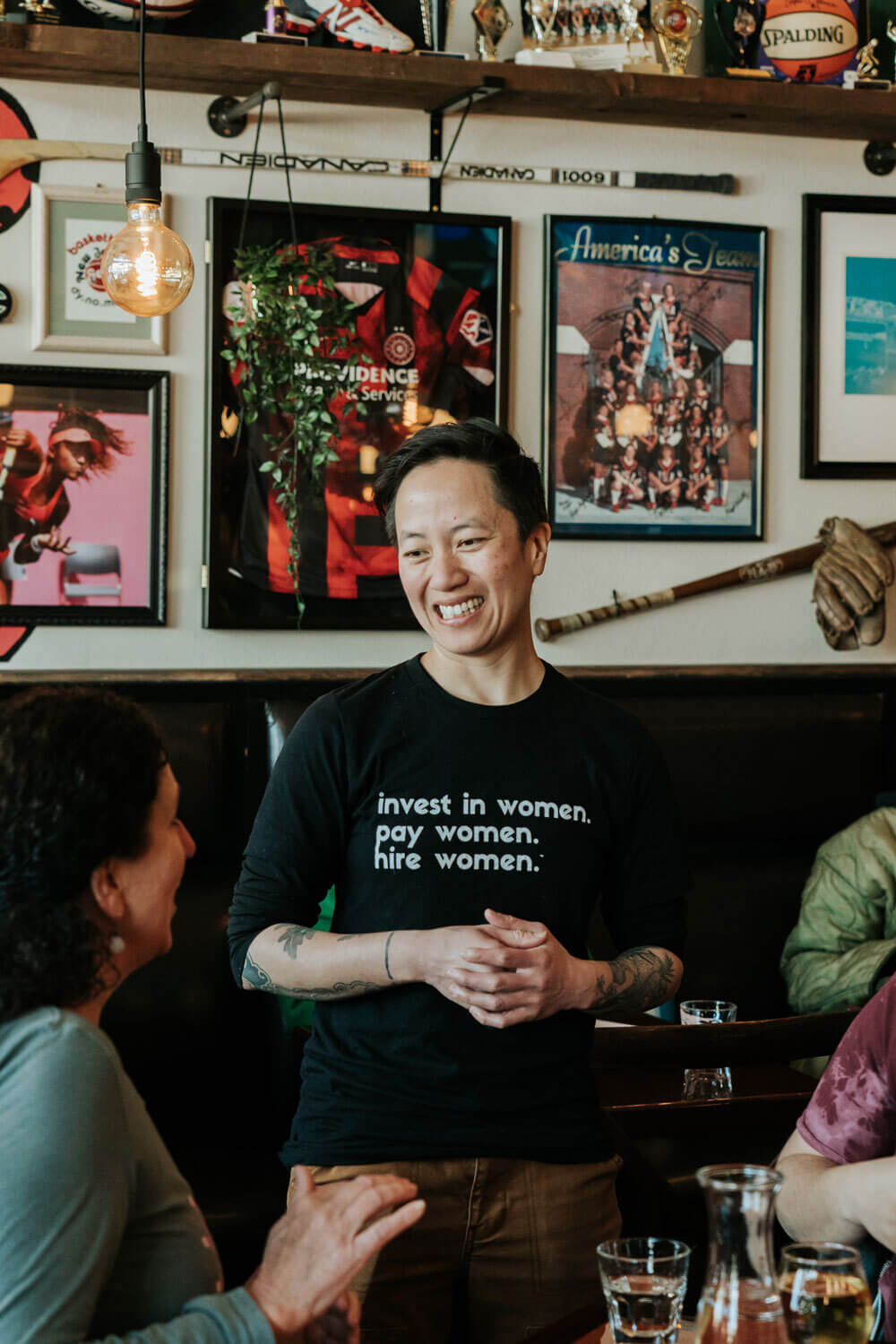