As Iranian Protests For Women's Rights Continue, The Hair For Freedom Movement Has Just Begun 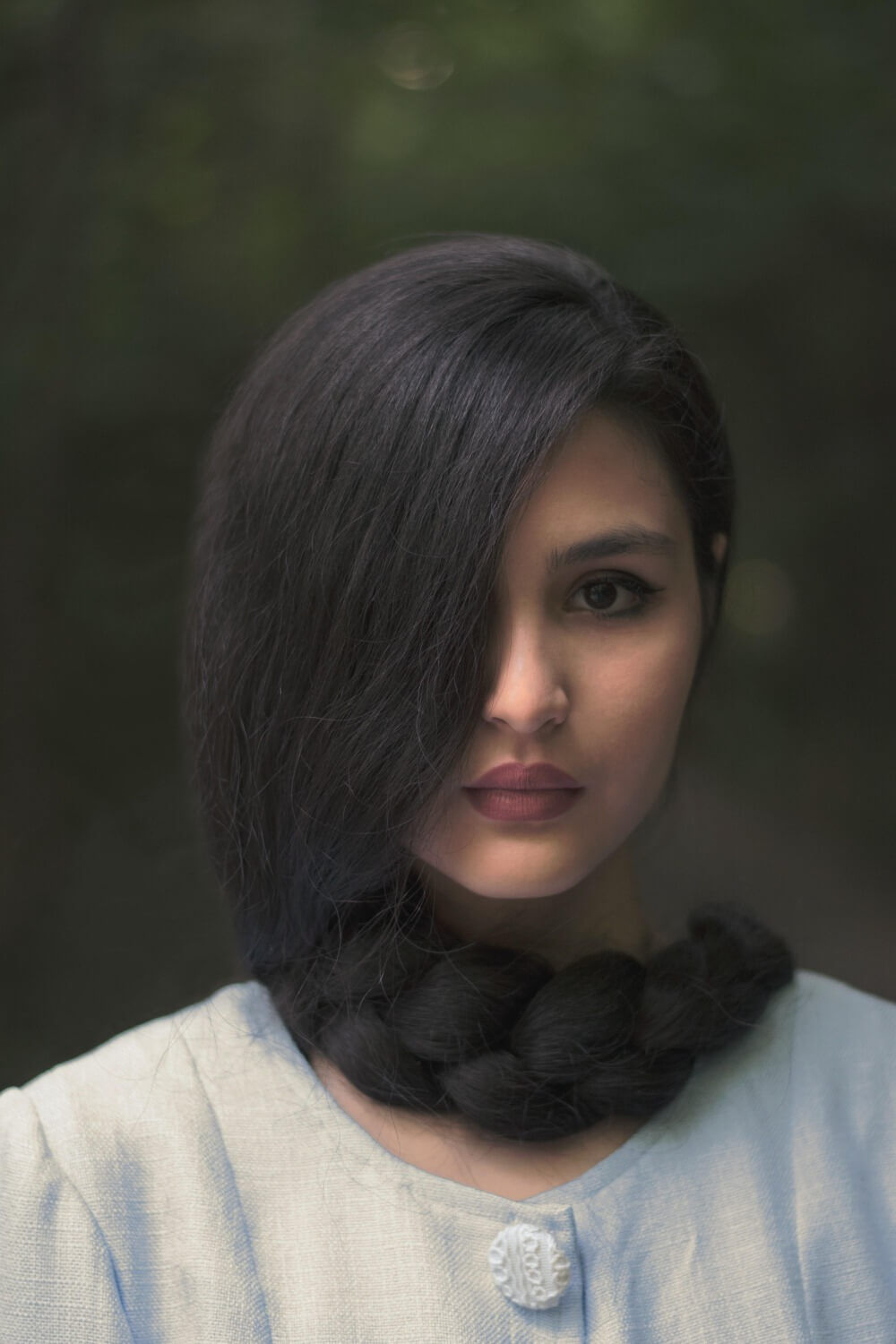 A new era in Iranian history began five weeks ago with the tragic death of 22-year-old Mahsa Amini, a young Iranian woman who was arrested by the morality police for not wearing her hijab correctly. After being taken into custody, Amini was tortured for three days until she passed away. This sparked the beginning of what some are calling a feminist revolution in the country. Unfortunately, as the protests gain traction, the death toll continues to rise, with currently 244 people dead, as the Iranian government refuses to give in to the people’s demands. ABC News reports that at a police academy graduation ceremony, Ayatollah Ali Khamenei, Iran’s Supreme Leader “condemned what he called ‘rioting’ and accused the US and Israel of being behind the agitation. ‘This rioting was planned,’ he said.”

Islamic Republic of #Iran is extremely efficient in killing underage children.Both in protests&state executions. Yes, underage executions are carried lawfully by the regime. In last 28 days at least 23 kids(protesters)have also been killed by the regime. @AmnestyIran #MahsaAmini pic.twitter.com/OWlBC5OMOe

One of the young people murdered was Sarina Esmaeilzadeh, a sixteen-year-old internet vlogger who gained fame posting videos of herself talking about her life, speaking out about her political views, singing, and dancing on YouTube. The Washington Post reports that “On Sept. 22, Esmaeilzadeh went to join the protests sweeping the country and was beaten to death by Iranian security forces, rights groups say.” The news of her death spread quickly and prompted many on social media to respond.

Sarina Esmailzadeh, 16, beaten to death by Iranian security forces for protesting for women’s rights in Iran. Nika Shakarami, 16, killed after burning her headscarf in protest. Hadis Najafi, 23, shot multiple times during demonstrations sparked by the death of Mahsa Amini, 22, pic.twitter.com/rf087dCZkS

The story of Sarina Esmailzadeh reached me this morning, I'm somewhat at a loss for words. We talk about freedoms with no understanding of what it means to pay the ultimate price in fighting for it. This brave girl was only 16 years in the world... https://t.co/I2d4J6WMak

As Esmaeilzadeh’s death gained traction internationally, the Iranian government responded, stating that they had no involvement in her death and The Washington Post reports that they “claim(ed) she died by suicide by jumping off a roof.” This is eerily similar to Amini’s case, as after she was beaten to death by the morality police following her arrest for not abiding by the Veiling Laws, which legally requires women to wear a headscarf, CNN reports that authorities claimed that she “died of a heart attack” and passed from natural causes. According to The Washington Post, the Iranian authorities also stated that Nika Shakarami, another 16-year-old girl killed in the protests, “fell off a roof” to her death. The Washington Post also reports that her family has refuted this statement and claims that “she was killed by security forces after burning a hijab”.

Nika Shakarami, a 16-years-old Iranian girl, is seen burning her hijab in the middle of the street in #Tehran before she was killed by Iranian security forces.#IranProtests2022 #IranProtests#مهسا_امینی #نیکا_شاکرمی pic.twitter.com/kjjMIvf1nY

In the wake of these young women’s deaths, people have not only continued to protest in the streets of Tehran and other central cities, but they have also taken to the internet and TV networks. On Saturday, October 8, it was reported by NPR that during an evening news broadcast of Iran’s Supreme Leader Khamenei, a group hacked the program and  “flashed an image of Khamenei surrounded by flames.” They also underscored the image with “A song with the lyrics ‘Woman. Life. Freedom’ — a common chant of the protesters —.”

In the early days of the protests, videos of women taking off their hijabs, waving them like flags, and burning them in the streets went viral on both Twitter and Instagram.

Women of Iran-Saghez removed their headscarves in protest against the murder of Mahsa Amini 22 Yr old woman by hijab police and chanting:

Removing hijab is a punishable crime in Iran. We call on women and men around the world to show solidarity. #مهسا_امینی pic.twitter.com/ActEYqOr1Q

The coercive veiling of women is woven into the very fabric of the Islamic Republic. #MahsaAmini #مهسا_امینی pic.twitter.com/5T0jKHSjj6

As the protests have continued to increase, women all over the world have joined the protest for women's rights. With the hashtag #HairforFreedom, actresses, singers, and even politicians more have been cutting their hair and posting it on social media. French actresses Marion Cotillard and Juliette Binoche posted videos on Instagram cutting their hair and voicing their support for Iranian women. Others who followed suit and have also posted pictures and videos with the hashtag #HairforFreedom include Turkish musician and teacher Melek Mosso, Swedish Parliament member Abir Al-Sahlani, and others.

In Italy, Wanted in Rome reports that two contemporary art museums in Milan and Rome, The Milan Triennale and the MAXXI National Museum of 21st Century Arts, have chosen to “invite visitors to leave a small lock of their hair, tied with a thread of string, in special containers in the museums.” In this protest, ABC News reports that the museums’ aim is to take this collection of hair “to present to the Iranian Embassy.”

Although the incorporation of chopping hair in these protests is relatively new, apparently Iran has a long history of women cutting their hair to fight against oppression and push for change. “The Shahnameh (The Book of Kings) — a national epic of Iran, Afghanistan, and Tajikistan, refers to a princess chopping her hair to protest the death of her husband.

In the vein of continuing this legacy of cutting hair to provoke socio-political change, the movement of #HairforFreedom has even spread to the United States via social media.  An Instagram account called You’ve Got Mail Iran, is encouraging young women and men to send locks of their hair to the Islamic Republic of Iran UN officials in NYC.

Thousands of protestors internationally are taking to the streets to show their support for Iranian women. Just this past weekend, NPR reports that protestors from all over the world gathered in New York, L.A., Washington D.C., Berlin, London, and Stockholm to voice their condemnation of the Iranian government.

Demonstrators gathered at Iran's Mission to the United Nations in #NYC today to protest what they say are human rights abuses by the Iranian Regime against anti-government protestors held in the infamous Evin Prison.#Iran #Evin pic.twitter.com/xNheYaJTn2

The fight for freedom for Iranian women is far from over, and as women, it is imperative that we raise our voices to help in any way we can. Besides cutting your hair, you can contribute to the revolution by creating sewn, knitted, or embroidered protest banners, following social media accounts like youth-led Middle East Matters, going to protests, and of course donating to various organizations that are providing relief in Iran. Looking for ways to support that don't involve your hair?

Check out this article with links to some organizations that could use your help.