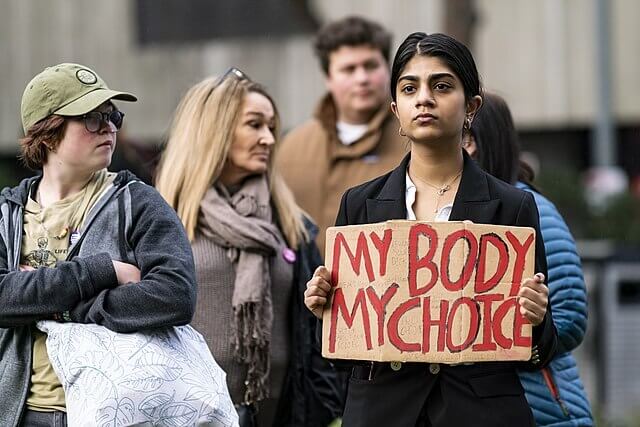 Since the 1973 ruling Roe v. Wade was overturned on June 24, access to abortion grows more limited with each day that passes by. On Thursday, Tennessee, Idaho, and Texas, have banned abortion, thus affecting the lives of millions of women. Due to trigger laws, which according to Merriam-Webster are laws that “are unenforceable but upon the occurrence of an event (such as a court decision) become enforceable,” these three states have been able to successfully ban abortions, and unfortunately, only more will follow suit. According to CNN, “These laws were designed to take effect 30 days following the US Supreme Court's transmission of its judgment overturning Roe v. Wade -- a procedural step by the court that occurred on July 26.” Moreover, like dominos, the trigger laws have fallen into place in individual states including South Dakota, Oklahoma, Texas, Kentucky, and more, one by one, following the ruling at the federal level.

Today, abortion bans are going into effect in Idaho, Oklahoma, Tennessee, and Texas. Tomorrow, one will likely go into effect in North Dakota. The legislators who passed these extreme laws don’t trust women of their states to make decisions about their bodies. @POTUS and I do.

Prior to the trigger laws put in place yesterday, Texas had essentially already banned abortion. Just last year, the state passed a law that made abortions illegal “unless the pregnant woman was at risk of death or substantial impairment of a major bodily function." What today’s ruling did was worsen the punishments that doctors or other medical professionals will be forced to pay if they perform these procedures. If found guilty of performing abortions for mothers who are not in a state of “medical emergency,” medical professionals face time in prison or, according to the Texas Attorney General’s statement, “fines no less than $100,000.” From now on, in Texas, the only reason a woman may have an abortion is if her current state is that of a “medical emergency,” and instances of rape and incest do not apply.

Following Texas’ suit, Tennessee also put in place trigger laws that ban abortion. Basically, Tennessee lawmakers took one look at Texas’ anti-abortion laws, and said “let’s hit copy and paste on those!” Prior to yesterday, the only stipulation that pregnant women seeking abortion access in Tennessee had to adhere to is that they could not have an abortion after six weeks of pregnancy. From this day forward, if you are a woman living in Tennessee, the only reason you are legally allowed to have an abortion is if you are in a state of “medical emergency” (which is to be determined by your doctor and old Republican men who don’t know anything about women’s bodies).

If you thought that things couldn’t get any worse, think again. On Saturday, Oklahoma will put into place its trigger laws regarding abortion, eradicating an essential part of women’s healthcare for the foreseeable future. As of today, 12 states, including South Dakota, Oklahoma, Texas, Kentucky, Arkansas, Louisiana, Mississippi, Alabama, and Missouri, have made abortion almost completely illegal (in rare instances is it considered legal). In order to fight back and fight for our right to choose, you can donate to the following organizations: