Johnny Depp Supporters Want To #ShutDownWomensMarch Because WHAT? 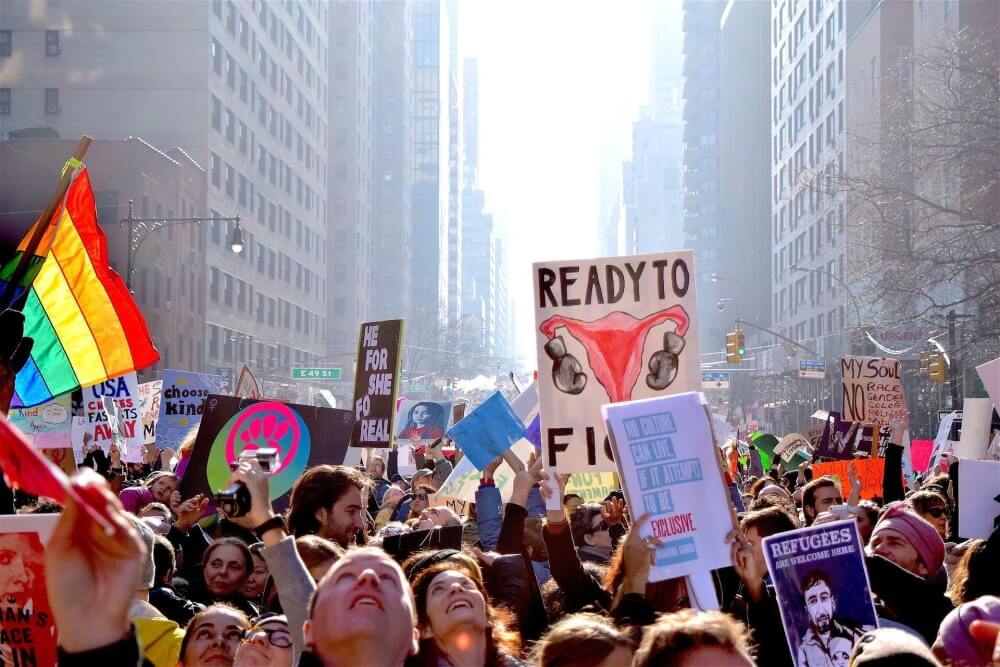 Did you think the scandal surrounding the Depp v. Heard trial this Spring was a thing of the past? Think again: on Twitter, the results of the trial have just unfurled into a full-fledged debate about feminism. It began with this tweet from @womensmarch, setting off a landslide of angry opposition.

Sexism & misogyny are the reasons so much of the internet believes Johnny Depp—not his victim, Amber Heard—despite ALL the evidence of his abuse.

The response was cacophonous, with a striking number of women expressing stark sentiments both in favor of and against online demands to #ShutDownWomensMarch. While Johnny Depp and Amber Heard have served as respective figureheads for years in debates over domestic abuse (with people tweeting in support or opposition to one or the other), the crux of this Twitter surge is a debate about the direction of feminism itself.

Holding one organization accountable is not supporting the patriarchy. If we want to evolve as a society we have to hold toxic femininity accountable as well. To turn a blind eye to that doesn’t help #WomensMarchSupportsAbusers #ShutDownWomensMarch

Best I can tell, #ShutDownWomensMarch is trending because some believe that shutting down millions of women fighting for their human rights is justifiable because one rich, powerful man with millions of followers who just won millions in court needs to be protected some more.

As is often the case in discussions of hot-button topics on social media, the #ShutDownWomensMarch Twitter discourse quickly devolved into rage and insults, with women angrily calling each other out and scrappily defending their own sides.

#ShutDownWomensMarch Open your eyes! Just because you are female doesn't make you a saint! Women lie and cheat as much as men do. Stop believing ALL women! Listen and follow facts not just words. Anyone can lie and even believe their own lies. Habitual liar, look it up.

#ShutDownWomensMarch I'll never support you. You're a bunch of misandrists supporting an abuser just because she's a woman and defaming a victim of abuse just because he's a man. I'm not even suprised at this point but still disappointed. #JohnnyDeppDeservesAnApology

If you're tweeting #ShutDownWomensMarch because of some misguided idea that you're "helping" Johnny Depp, please step away from Twitter for a mo' and take up the hobby of reading about intersectional feminism. Thank you, appreciate it.

Personally, I’m saddened to see discussions of feminism turning into arguments between women. In the wake of the overturning of Roe v. Wade, at a time when women could be uniting to defend our rights, our bodies, and our livelihoods, we are stuck arguing over the lives of celebrities we don’t actually know. Rather than fueling our anger towards each other, what if we actually talked to one another with respect? What if, instead of picking apart a tweet, we rallied around what we have in common? Is conversation and community too much to ask from us? I don’t think so.