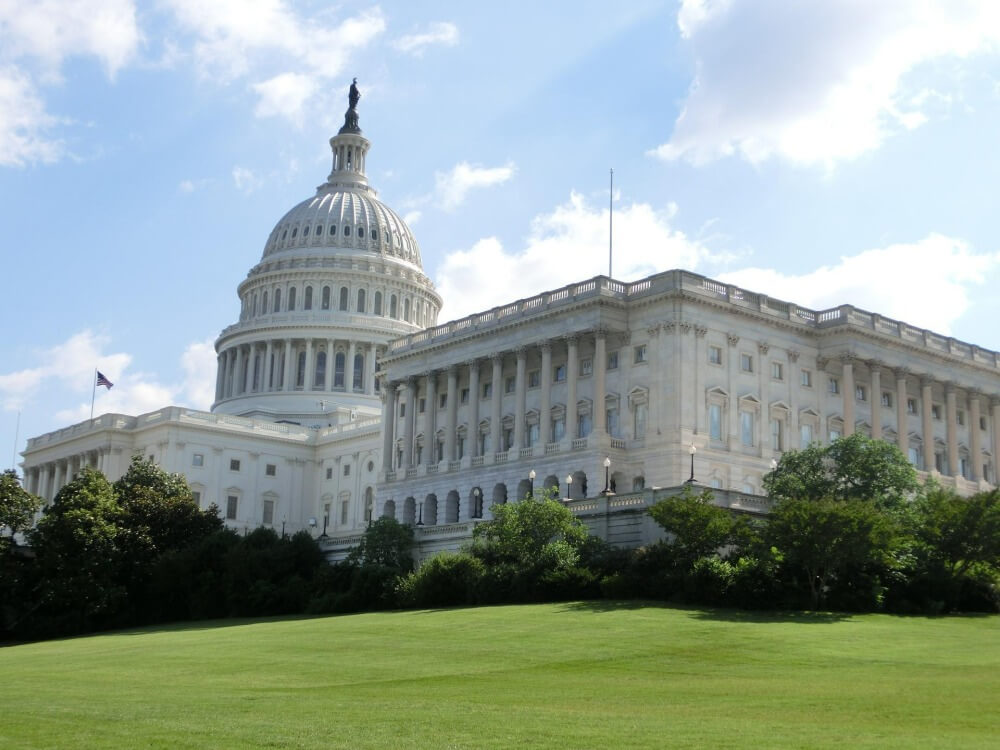 If you’ve opened your phone or laptop to any news site in the past few days, you’ve probably seen mention of “the climate bill”—but in reality, this is a bit of a misnomer. Following months of negotiations, the bill finally passed the Senate 51-50 on August 7th. It's true that this legislation—officially called the Inflation Reduction Act— makes significant strides in climate-related issues, but it encompasses much more than that. The measures contained within it are dramatic and likely to make paramount changes in both climate and healthcare.

So when it comes to climate, what does the Inflation Reduction Act actually promise?

First and foremost, it finances the production of clean energy with the goal of a 40% reduction in carbon emissions by 2030. The ~$370 billion investment in energy and climate reform constitutes the largest federal expenditure of clean energy in U.S. history.

Clean energy (also called renewable energy) is derived from sources that are constantly replenished. Wind and solar energy are prime examples because the amount of sunlight and wind doesn’t decrease when it is used as energy, unlike non-renewable energy fossil-fuels like oil, coal, and gas, which are available only in finite amounts and often produce significant carbon emissions. Carbon emission is not an inherently bad thing; after all, carbon is a naturally occurring element that plants and animals produce and absorb through the processes of respiration and photosynthesis.  However, when humans burn fossil fuels to manufacture energy, excess carbon and other greenhouse gasses (like nitrogen, methane, water vapor) are released into the atmosphere, and the natural systems in place to absorb that carbon aren’t able to keep up. Too much carbon causes a buildup of heat in the atmosphere which contributes to climate change.

There’s a reason the climate part of this bill has been so firmly emphasized in popular discourse: this is a meaningful shift when it comes to legislative environmental protection. As we shift away from non-renewable energy and towards clean energy, we reduce carbon emissions that lead to climate change.

How does the climate portion of the bill impact mothers and families?

The increase in energy supply expected to result from the passage of the Inflation Reduction Act will lead to lower energy costs for families, easing some of the financial burden that the pandemic and inflation have caused. In June, the consumer price index (as indicated by everyday expenses like food, housing, clothes, transportation, medicine, education, and household energy) had risen 9.1% since last year.

The Inflation Reduction Act tackles inflation specifically by decreasing the costs of energy and prescription drugs and reduce the federal deficit, which tends to lead to lower demand and fewer price increases. This is a significant change, particularly when we consider the financial duress that so many women (particularly single mothers)  endured during the pandemic—juggling childcare in the midst of school shutdowns while struggling to maintain their jobs as layoff surges plagued the country.

A study published in 2021 from the Brookings Institution shows that women’s employment experienced a steeper decline than that of men during the pandemic in 2020, partly because women are more likely to work in low-wage service occupations which bore a greater proportion of layoffs than other types of positions. Decreasing employment is especially onerous for women when we consider the pre-existing economic disadvantage of the gender pay gap. According to an analysis from the Pew Research Center including both part-time and full-time workers, in 2020 women earned 84% of what men earned. Already compensating for this financial gap, the pandemic made it even more challenging for women to maintain the often-low-paying jobs they were able to find.

During his State of the Union speech in March, Biden suggested that establishing universal pre-K and reducing the costs of child care could help combat inflation, but those measures—as well as expanded child tax credit, which reduces the taxes paid by low-income families—were notably missing from the final Inflation Reduction Act. This oversight may come as a blow to families still recovering from the financial hardships of  the pandemic, especially considering the results of a CNN poll from early this year in which 8% of respondents said that the most important issue for the government to tackle was access to affordable child care.

In the face of job-related adversity, working mothers also tend to bear the brunt of caregiving responsibility in the family structure. A 2020 WIA report shows that working mothers have shouldered more of the childcare duties resulting from pandemic-era school and daycare closures than their male counterparts.

While there is hope that the energy price decreases caused by the Inflation Reduction Act will make a dent in the financial burden unduly placed on parents during the past several years, the shortfalls of childcare may make it difficult for families to recover fully.

How will the Inflation Reduction Act impact health?

In addition to climate, the Inflation Reduction Act also elicits substantial developments in healthcare. The passage of this bill will lower costs of prescription drugs, and out-of-pocket drug costs for people with Medicare will cap at $2000. For many elderly patients, that is a huge shift; in 2020, about 1.4 million seniors without subsidies were spending $2000 or more out-of-pocket on drugs.

According to a 2019 study from the Archives of Gerontology and Geriatrics of adults 65 years and older, health (including physical strength and cognitive function) and socioeconomic status was lower for women than men. Women also had more needs in regard to care and emergency services. Legislation like the Inflation Reduction Act may not be gender-specific, but insofar as we know women experience different health-related needs than men, the bill’s impacts are likely to be gender-dependent—fulfilling some of those crucial medical needs expressed by elderly women.

What is missing from the Inflation Reduction Act?

While it is encouraging to see the long-awaited medical progress that the Inflation Reduction Act grants, the shortcomings linger. The downfalls are especially apparent when compared with the Build Back Better Framework, a similar but more expansive version of the Inflation Reduction Act, proposed by President Biden in 2021. Build Back Better included substantive climate goals, the creation of millions of jobs, increased accessibility and security in the labor force, economic growth, childcare and education investments, and higher quality affordable healthcare (including healthcare initiatives specifically for pregnant women and mothers).

Unlike Build Back Better, the Inflation Reduction Act does not address gaps in Medicaid coverage or the maternal health crisis. Build Back Better included financial support for community organizations targeting maternal mental and physical health on the local level, and provided funding to address social factors that impact pregnancy health, such as housing and transportation for expectant mothers. Maternal health continues to worsen nationwide, with Black women and birthing people suffering the harshest outcomes—being three times more likely to die from pregnancy-related causes than white women. The Inflation Reduction Act also neglects the extension of postpartum healthcare coverage to over the current 60-day requirement. In contrast, the original Build Back Better Framework would have extended Medicaid coverage to a full year postpartum.

In the wake of the overturning of Roe v. Wade, pregnancy-related healthcare will likely become increasingly necessary. Now, some women who may have chosen to terminate a potentially-dangerous pregnancy will no longer have that possibility available to them. This is likely to result in more expensive maternal care and a greater risk of fatality. An article from the New Yorker explains:  “All insurance providers, whether they are private companies or government-backed plans such as Medicaid, consider factors such as age, gender, health conditions and geographical location when calculating the expected cost of insuring a particular population…going forward, the lack of access to abortion for many women will also be a factor.” According to data from the Centers for Disease Control and Prevention, over half of abortions in the U.S. are among women of color, so the potential increase in maternal fatalities is more likely to impact members of this population than white women.

Within the constraints of the Inflation Reduction Act, not only can our government not guarantee birthing people the safe and secure right to abortion—they are also denied the perinatal and postpartum possibilities for healthcare that Build Back Better would have offered. The provisions proposed in Build Back Better include funding for community organizations to promote maternal health equity, investments in social determinants of maternal health like housing and food, and developing maternal health research  at Historically Black Colleges and Universities and other Minority-Serving Institutions.

The repercussions—good, bad, and somewhere in between—of any new legislation often unfold differently depending on race and gender. The Inflation Reduction Act is no exception: energy costs and healthcare look different depending on life situation and opportunities that are often directly impacted by gender and racial identities.

When inspected with these disparities in mind, we see where the Inflation Reduction Act falls short (appearing all the more stark in comparison to the promises of Build Back Better). However, the prospects of affordable energy, a cleaner climate, and lower healthcare costs provide hope that solutions—although slow—are in progress.