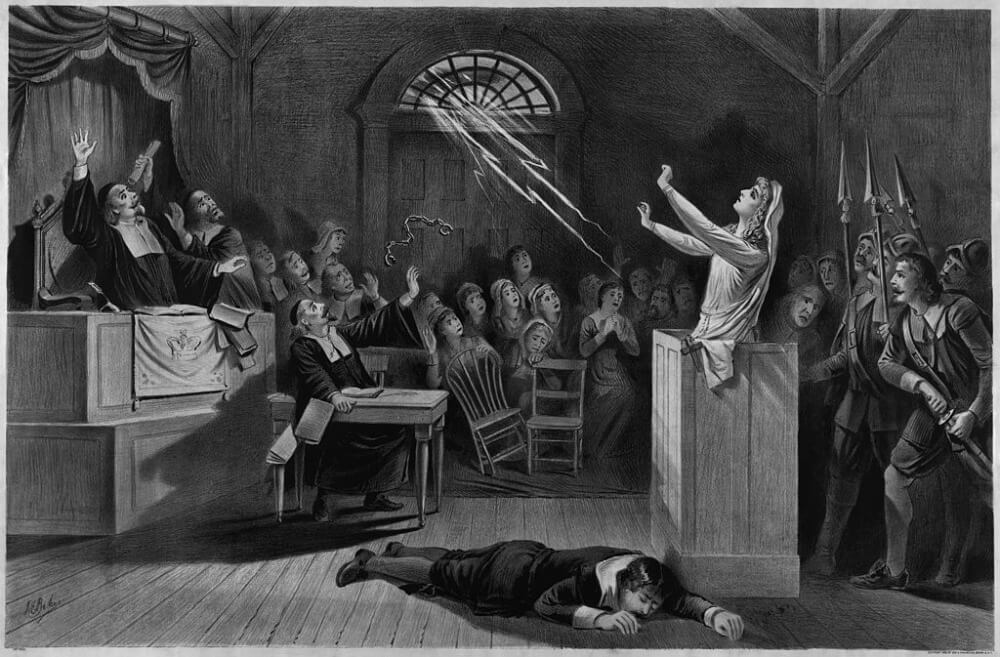 On July 28th 2022, an 8th grade class at North Andover Middle School in Massachusetts did the unimaginable and seemingly impossible: they exonerated the only accused Salem witch to not have her name cleared.

Elizabeth Johnson Jr. confessed to practicing witchcraft after being accused alongside 28 of her extended family members in 1692. The New York Times first reported the special interest that Carrie LaPierre’s civics class had taken in Elizabeth (or, as they called her, EJJ) in August of 2021. Since then, Ms. LaPierre and her students have connected with their local legislator and have legally ruled that Elizabeth was not a witch. It's thought that her name just wasn't cleared because of administrative oversight, not because she was considered guilty after the governor spared her the death sentence. Finding this an injustice and advocating for it to be righted is the ultimate civics lesson, and this victory is an exciting lesson about the function of justice for the students who fought for EJJ’s liberation. So, after EJJ’s absolution, it leaves the question- who was the final Salem witch?

Elizabeth was sentenced to death in 1693 when she was only 22. We don’t know much about her, aside from the fact that she was never married, had no children, and there were rumors that she may have had a mental disability. Unfortunately, these are all factors that made women more likely to be targeted with accusations of witchcraft. Elizabeth avoided a death sentence when Massachusetts’ governor granted her a reprieve from execution and died a free women at 77 of natural causes in 1747. The Salem Witch Trials may feel like a figment of the past, but the notion of writing off women who do not conform to societal norms by whatever means necessary (even if it means calling them a devotee of Satan and drowning them) is still in practice today.

EJJ’s exoneration means that this institution has, once and for all, held up its hands and said that these trials were based on lies and misogyny. As our country and the world take takes terrifying steps backward in the movement for women’s liberation and we begin to face the reality of a post-Roe America. We have become a country that no longer convicts women of witchcraft, but people with uteruses are still at the mercy of the institution that convicted them. This is a remarkable symbolic step forward that has the potential to inspire concrete steps towards justice for American women.