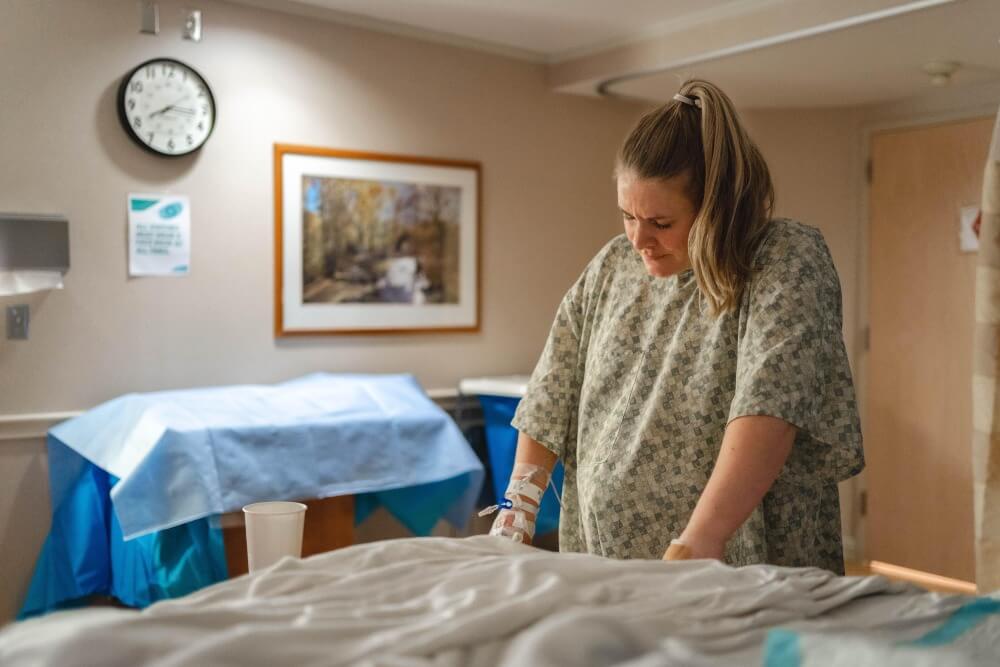 The United States is the most dangerous developed country in the world in which to give birth. Year after year, the U.S. records an unacceptably high rate of maternal mortality. In 2020, the CDC reported that this number for the United States is around 23.8 —that means each year, for every 100,000 live births recorded, over 23 of those giving birth will die. In Italy, that number is 2. In Spain: 4. In Poland: 2. The discrepancy between the U.S. and other countries with similar technology and development is an embarrassment—and a tragedy.

This frightening statistic takes on a special air of importance when we consider that the most recent data was recorded before Roe’s overturn. Abortion restrictions aren’t always correlated with high maternal mortality rates—in Poland, for example, it’s very difficult to get an abortion, though they’ve kept their maternal deaths low. However, the United States’ track record with managing abortion restrictions and the health of mothers doesn’t bode well for a future without Roe. A report from The Center for Reproductive Rights found that states with the most restrictive abortion laws also had the fewest evidence-based policies to support women and children’s health. Before Roe, the effects of this flimsy support for women’s health was evident in the numbers. Data from the CDC shows that some of the states with the highest rates of maternal mortality are Louisiana, at 58.1; Georgia, at 48.4; Alabama, at 36.4; and Arkansas, at 45.9. The Center for Reproductive Rights’ report points out that these states also have a high number of abortion restriction policies, and a low number of maternal health policies. That was based on the data from 2018, when Roe still offered significant protection to those living in abortion-hostile states. Now, each of those states have enacted a total or almost total abortion ban.

Based on the limited data available, bans don’t provide better outcomes than restrictions. A study published in Duke University Press found that maternal deaths would increase by 7% in a hypothetical nationwide ban on abortions. Of course, abortion hasn’t been banned nationwide, despite senators like Mitch McConnell eyeing such a policy. However, the study does make clear that in the United States, denying legal abortions leads to worse maternal health outcomes.

This notion is evident, too, in non hypothetical situations. Another study by University of California San Francisco followed about 1,000 women seeking abortions over a five year period; they found that the women who were denied abortion were more likely to die from pregnancy related causes. Carrying an unwanted pregnancy to term is dangerous, but states seeking to remove the right to abortion place little focus on that. And while we like to imagine that safe haven states or medication abortions will override states’ attempts to deny abortions, the reality is that those options are an uncertain solution. The time and financial costs necessary for these solutions means they aren’t accessible to everyone living in an abortion hostile state. For some, the total ban truly will be just that.

There are significant racial discrepancies in maternal deaths. According to The Commonwealth Fund, Black women are 2.5 times as likely to die from pregnancy related complications than white women. The outcomes for college-educated Black women are still, on average, worse than white women who have not completed high school. Economic and social status hold less weight than racial biases in medicine. Black women are more likely to report that they were denied autonomy over their birth process, and they’re also more likely to report that they were encouraged to have a C-section, which carries more risk than a vaginal birth. Racial biases, especially the tendency to not take Black women’s medical issues seriously, have to be addressed in order to protect Black mothers from preventable death.

Despite this, the states banning abortion have made little commitment to closing the racial gap in maternal mortality rates. The Guttmacher Institute reports that in Alabama, Arkansas, Mississippi, and Arizona, among others, maternal mortality review committees are not required to investigate racial disparities in maternal health outcomes, nor are they required to make recommendations to close the racial gap. Just recently, Senator Bill Cassidy of Louisiana made the claim that controlling for race, maternal mortality rates weren’t so bad in Louisiana. What does that say to the Black women concerned that racism may limit their quality of care during pregnancy? Apparently, what every state looking to ban abortion without protecting the health of mothers is saying—Black health just doesn’t count when it comes to championing a partisan code of ethics.

Of course, even states which have not indicated that they will ban abortion struggle with maternal mortality—for example, New Jersey’s rate is 26.7. That’s inexcusably high. However, abortion is still available for those who don’t want to put the strain of a live birth on their body.

The abortion mortality ratio is about 0.41 deaths per 100,000 legal abortions, as estimated by the CDC. Abortion is a medical procedure that some will choose to reduce the high risk of fatal complications from pregnancy—but who gets hurt when that choice is no longer available? Now, many Americans will be subjected to illegal medical procedures that often yield dangerous, and deadly, outcomes, when another, statistically safer choice exists. Anti-choice states have to understand that they’re not just asking for a pregnancy to be carried to term—they’re also asking people to accept the high risk that comes with giving birth, while simultaneously doing nothing to mitigate that risk. The United States has always been uniquely unequipped to give birth. And once again, it has turned its back on the mothers who will bear the brunt of abortion bans.

Photo by Jimmy Conover on Unsplash

Tags: maternal mortality , birth , mothers , motherhood , pregnancy , Roe v. Wade , abortion , abortion bans , reproductive rights
Support Feminist Media!
During these troubling political times, independent feminist media is more vital than ever. If our bold, uncensored reporting on women’s issues is important to you, please consider making a donation of $5, $25, $50, or whatever you can afford, to protect and sustain BUST.com.
Thanks so much—we can’t spell BUST without U.