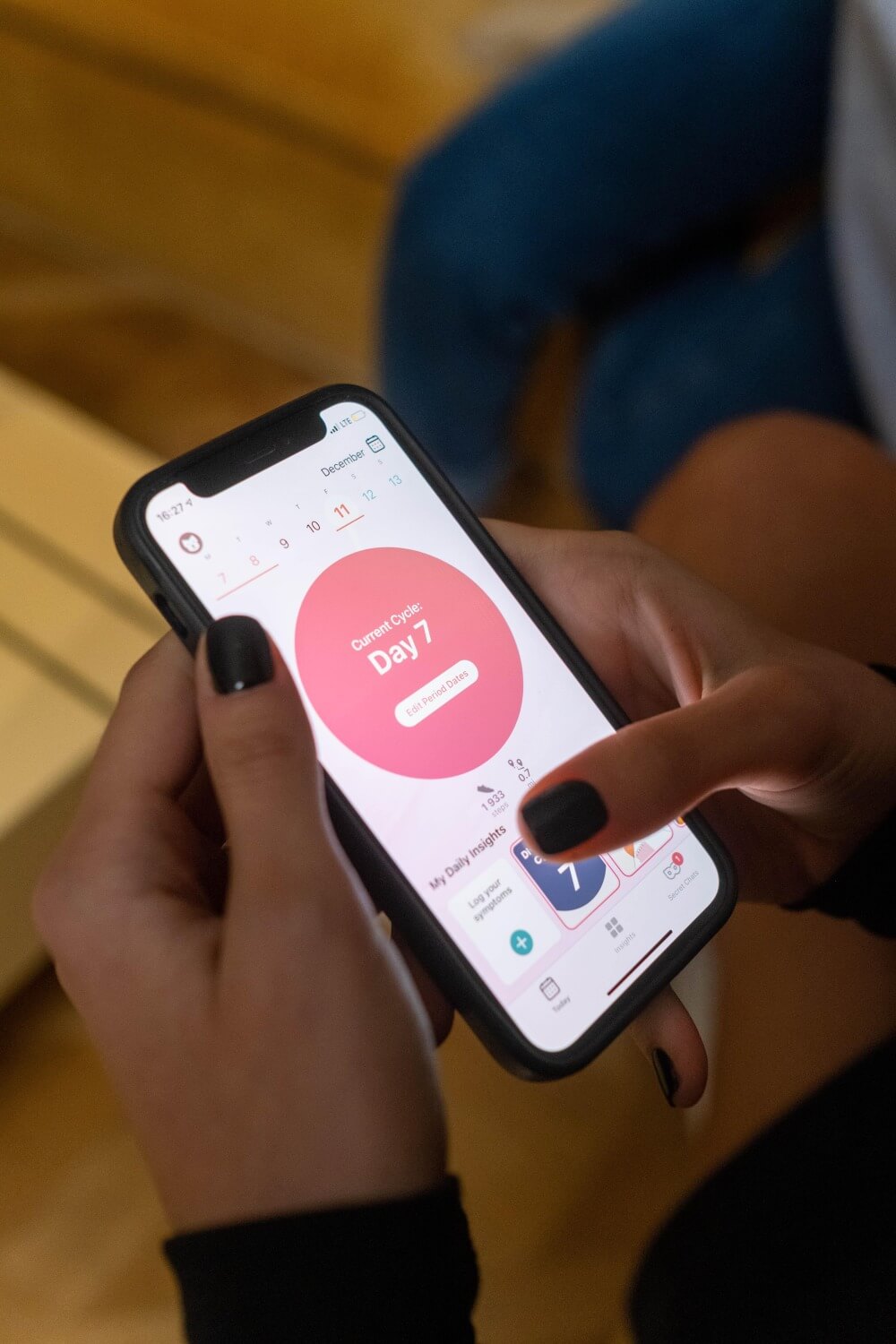 As those whose right to abortion has suddenly been ripped away from them scramble to navigate a post-Roe landscape, some of the tasks we once completed with little thought are now being viewed with scrutiny. Enter period-tracking, the process of keeping tabs on when one’s period starts and ends each month. Your period can indicate a lot about your health, such as whether or not you are suffering from an illness like polycystic ovary syndrome (PCOS), for which one of the most common symptoms is having fewer than nine periods in a year. Such a symptom can only be identified by accurately tracking one’s cycle over a long period of time, and for many, especially in the digital age, the preferred method for that is period-tracking apps.

Part of what makes period-tracking apps so popular is their use of data, which is able to give menstruators more information about their cycle than would be available with just pen and paper. For example, the cycle-tracking app “Clue,” which has over 12 million active users, uses the information from past period cycles, such as length of the cycle and physical symptoms accompanying it, to make predictions about future ones. The more data you put in, the more information about your period you get. It’s an extremely convenient way to take care of and track your menstrual health. But as states rapidly move to criminalize abortion, what was once a mindless download has become the subject of serious debate. Many are concerned that if they stop reporting their periods to the app during the time of pregnancy, but then terminate that pregnancy, there would be concrete evidence of a suspicious gap in periods with no fetus to account for it. That information could potentially be used to prove an illegal abortion in court. Defense attorney Sara Spector told The Guardian, “If they are trying to prosecute a woman for getting an illegal abortion, they can subpoena any app on their device, including period trackers.” The validity of this concern, however, is a much more complex issue. If one were to be accused of having an illegal abortion, would their period-tracking app data really be used against them?

Part of the confusion comes from the fact that period-tracking apps have made dubious, often contradictory statements on data collection and distribution. Take Stardust for instance, a women-owned period-tracker that also includes astrology and horoscope content. It just became the #1 period tracking-app on the app store, but the privacy policy it has touted in the wake of Roe v. Wade is misleading. The website proudly claims that “even if Stardust was served with a lawful government order to share information about a user, with our new update, we wouldn’t have anything to share.” Vice reported that the update Stardust is planning to implement involves an “encrypted wall”—that's not a standard term for describing data, so its definition is unclear, but the app is basically claiming that your data will be encrypted, and therefore, can’t be traced back to you. Vice couldn’t determine if these claims were true or not, because Stardust offers little description of what data they store and how. Users have to rely on the company’s promises without the evidence necessary to substantiate those promises.

Period-tracking apps who have historically had a larger influenced and more advanced software are also struggling to secure user data. Flo is the premium period-tracking app, boasting over 200 million downloads and operating in 22 different languages. This period-tracking industry giant is also trying to comfort consumers without the evidence to back it up. Their website’s homepage claims that they’ll “never share your health data with any company but Flo.” Last year, they were sued for sharing user data with third-parties, so their promises clearly should be taken with a grain of salt. That aside, protection from third parties means nothing when it comes to a subpoena.

Flo’s official privacy policy states that they may share personal data with law enforcement if ordered to do so. And while just on June 29th they made the valiant effort of promising to implement an anonymous mode on the app, where your data can’t be traced back to you, that’s still not an airtight defense. Anonymous data doesn’t mean no data—it just means that it’s not supposed to make visible identifiers like your name. Anonymized data can still be manipulated in a process known as “re-identification,” where your anonymous data gets traced back to you anyways. Re-identification is startlingly easy, and often very accurate. For example, an evaluation of the de-identified records of 2800 Vanderbilt patients revealed that 96% could be uniquely identified. A study published in Nature Communications found that even when data is anonymized, “99.98% of Americans would be correctly identified in any dataset using 15 demographic attributes.” It’s hard to determine how or if that information could be used in a court of law—even so, the evidence demonstrates that if your data is collected by anyone but you, there’s just no guarantee of anonymity. Even if you’re not prosecuted based on the data, bad actors still have surprisingly easy access to it.

However, there are plenty of other threats data poses to safe abortion access. A report by lawyer Cynthia Conti-Cook identifies myriad ways in which digital data can be used against people seeking abortions post-Roe. Googling keywords like “abortion medication” allows a prosecutor to trace that back to your IP address. And then there’s the process of image tracking, which has already been in use for a while—it can trace images linked to child sexual abuse as they move across the internet. This technology is well-developed—the organization Interpol has used this process to identify over 23,000 victims of sexual abuse. Images like flyers for abortion, Conti-Cook writes, can be found and traced with this same technology. Perhaps most worrisome is the threat that data poses to underground abortion networks. Those who distribute abortion pills online, for example, are still subject to the ever-present cloud of digital data from their sales, research, and any other business conducted on the web.

As for period-tracking apps? Conti-Cook told NBC News that prosecutors typically don’t rely on the kind of data they provide, because they can’t indicate intent, and juries are reluctant to declare anyone guilty without evidence of intent. You’re more likely to be incriminated by a panicked text sent to a trusted friend about your unexpected pregnancy than the sketchy data from a period-tracking app.

All of this considered, switching to pen and paper period-tracking isn’t a bad idea—the data on the apps isn’t secure, and they can provide a clue into whether or not you were pregnant at a given time. Endlessly searching for a single app which can give you peace of mind about your data isn’t the solution—if you can’t see the code, and if you can’t see exactly what an app is doing with your data, you can’t measure how secure it is. However, there's a world of other more incriminating, easily accessible data which can be used against you in a court of law. The hard-to-swallow truth is this; if you want to get an abortion completely incognito, leaving not a crumb which can be traced back to you, you’ll have to jump through a whole lot of hoops. There’s nothing wrong with deleting your period-tracking app—but if Roe’s demise has taught us anything, it’s that privacy isn’t taken seriously as a legitimate political concern. Sweeping reconsiderations of our approach to privacy and data will be required to ever really feel like our personal information is ours alone.

Tags: Roe v. Wade , period tracking apps , period-tracking , menstrual cycle tracking , flo app , ovulation tracking , ovulation tracking apps
Support Feminist Media!
During these troubling political times, independent feminist media is more vital than ever. If our bold, uncensored reporting on women’s issues is important to you, please consider making a donation of $5, $25, $50, or whatever you can afford, to protect and sustain BUST.com.
Thanks so much—we can’t spell BUST without U.