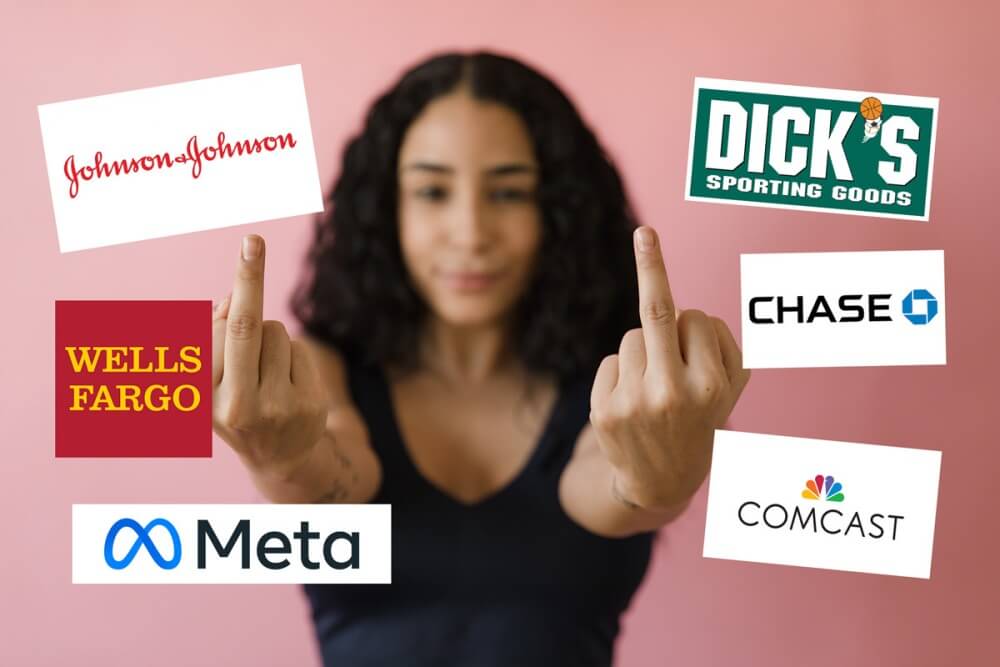 In a post-Roe v. Wade world, people who may need abortions are wondering what access will look like in their own lives going forward. For many, this consideration includes factors related to their personal finances and the attitudes of their employers towards proper healthcare. Corporations like Wells Fargo and Dick’s Sporting Goods have made a pledge to their employees to make it financially possible for anyone on their company health insurance, including dependents of the employee, to travel out of state to obtain an abortion if their home state does not provide safe procedures. But is this as noble of a gesture as it appears to be? Unfortunately, it is not.

The New York Times recently reported on a list of large corporations who have taken this pledge. Many of these companies being celebrated as heroes for their stance on abortion access have historically donated generously to the GOP and its candidates. Covering abortion costs is just a shallow attempt to gain public adoration without giving up their GOP ties. Some, like Fox News puppet Tucker Carlson, have suggested it is less expensive for a corporation to cover the travel costs of abortion than it is to pay an employee while they take sufficient maternal leave, and as such, there is a financial upside to this policy, even considering the business that these companies may lose from anti-choice consumers.

JPMorgan Chase and Co., a known enemy of environmental sustainability and prolific donor to the Republican party, has unexpectedly found their way into the good graces of liberals with this gesture. However, one Google search reveals their conservative values, including donating over $75,000 just this year to the National Republican Senatorial Committee (although they earned some credit by freezing their donations to Republicans who supported overturning the results of the 2020 presidential election). They have, however, continued their financial support of pro-life officials like Pennsylvania Senator Dave McCormick and South Carolinian Senator Tim Scott.

Dick's Sporting Goods contradicts itself in its donations as well, giving over $8,500 in total to Pennsylvania Republicans Jeff Bartos and Guy Reschenthaler.

Wells Fargo, another corporation that has promised to cover their employees' travel expenses in the case of abortion, followed the same pattern, making it clear that a friend to all is a friend to none by donating $396,524 to the DNC Services Corp, $157,223 to the National Republican Congressional Committee, and $142,501 to the National Republican Senatorial Committee.

Noting the hypocrisy of these pledges may seem cynical or ungrateful, but this pattern of disingenuous, performative activism from corporations has been successful for too long to be ignored. As Pride Month wraps up, rainbow capitalism, or the practice of disingenuously acting as an ally when it is convenient while doing nothing for—or actively doing harm to—the community when it's not, has freshly embittered us on the topic of organizational activism without action. When a corporation practices this insincerity, they are counting on the blind trust of the left in their good intentions, so it’s more important now than ever to analyze a company’s public donor record before pledging your retirement fund to the corporation your Facebook feed is loving right now. Of course, the platform’s parent company, Meta, has made access promises while donating to the Republican party and actively banning posts offering abortion pills on their platforms, Facebook and Instagram.

We’ve been seeing lots of articles praising these companies, and we encourage consumers to take a look at a corporation’s donor history before celebrating them. Anyone who contributed to Trump’s election had a role in the appointment of the three justices who were instrumental in the overturn of Roe. So, why are we celebrating that the corporations who ripped this wound open are offering their employees bandaids? Take the time to be a critically informed consumer, develop your media literacy skills, and challenge corporations to make substantial changes at the root of their finances before we call them progressive.

Tags: roe v wade , abortion rights , performative activism , reproductive rights , operation save abortion , rainbow capitalism , media literacy 101
Support Feminist Media!
During these troubling political times, independent feminist media is more vital than ever. If our bold, uncensored reporting on women’s issues is important to you, please consider making a donation of $5, $25, $50, or whatever you can afford, to protect and sustain BUST.com.
Thanks so much—we can’t spell BUST without U.