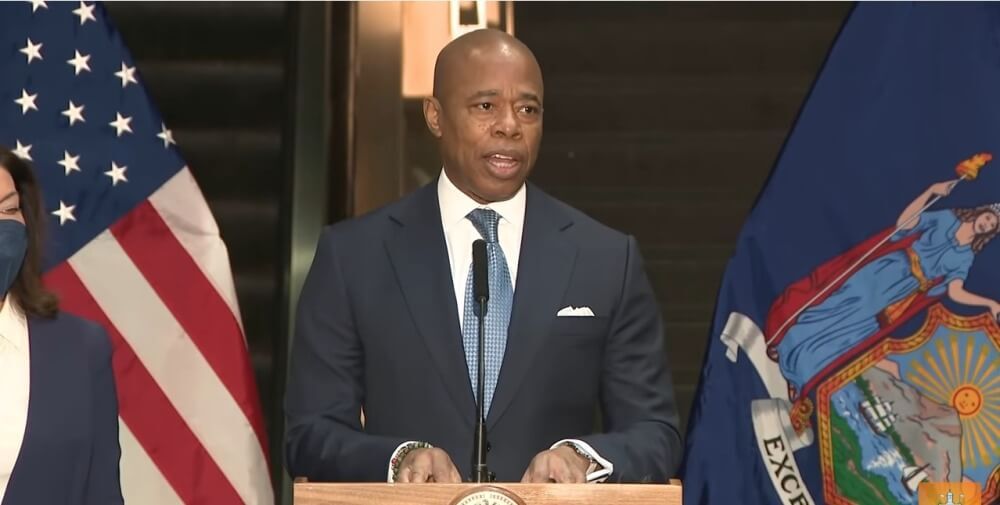 Lately, one of the most essential pieces of infrastructure in New York City—the subway system— has become less and less appealing to riders. That isn’t surprising, given how discouraging the numbers appear. NYC reported 34 transit crimes last week. At this time in 2021, 695 transit crimes had been reported since the start of the year—-this year, in the same time span, that number is up to 1072.

Then there are the stories in the news cycle, which detail constant, often senseless violence against people just trying to get from Point A to Point B. Last month, the New York Times reported that on one of the subway trains, a gunman shot and killed a rider “without provocation.” Just last week, NBC reported that a teenager was stabbed in Brooklyn. The brutality and randomness of these incidents is making New Yorkers apprehensive—a majority of private sector commuters polled by Morning Consult feel that subways have become less safe since the beginning of the pandemic.

Now, NYC Mayor Eric Adams is promising to put a stop to the increase in crime on the subway. At a recent press conference, Adams enumerated a list of strategies to make public transportation safer with NYC Police Commissioner Sewell. He discussed a variety of initiatives, such as putting two police officers on each train to patrol for crime. Then, he veered into passenger safety, discussing how people can try to protect themselves from becoming a victim of crime, and what he sees as dangerous behavior. “While I was out,” he said, “I saw women passengers in isolated areas, standing alone. That is just unsafe.”

Say what, now? Haven’t we tried to move past the age of asking what a female victim of assault was wearing, or how much she had to drink, because placing the burden of crime prevention on victims doesn’t create fewer criminals? Asking women to make sure they’re always accompanied by a chaperone, or that they travel in pairs, is just demeaning, and, frankly, a lazy solution to crime.

Beyond the condescending nature of this comment, asking that women not be alone to “protect themselves” pushes further the idea that women just have to deal with their movement being significantly more restricted than men’s. After all, how many of our mothers have warned us against walking alone at night? The fear of being grabbed or assaulted shouldn’t just be one of the conditions of being a woman, and while advice against being alone may suffice from one’s mother, it’s an inadequate approach from an elected official who claims to be in favor of “reducing crime.” If Adams really wanted to make subways safer for women, he’d target the systems which make them unsafe. It’s just easier to ask them to find someone’s hand to hold.

Tags: Eric Adams , subway , New York City , NYC , public transportation , transportation , safety
Support Feminist Media!
During these troubling political times, independent feminist media is more vital than ever. If our bold, uncensored reporting on women’s issues is important to you, please consider making a donation of $5, $25, $50, or whatever you can afford, to protect and sustain BUST.com.
Thanks so much—we can’t spell BUST without U.