Female Truck Drivers Are Finding Community and Celebrity On TikTok, And Sharing Their Stories Of What It's Like Being A Woman On The Road 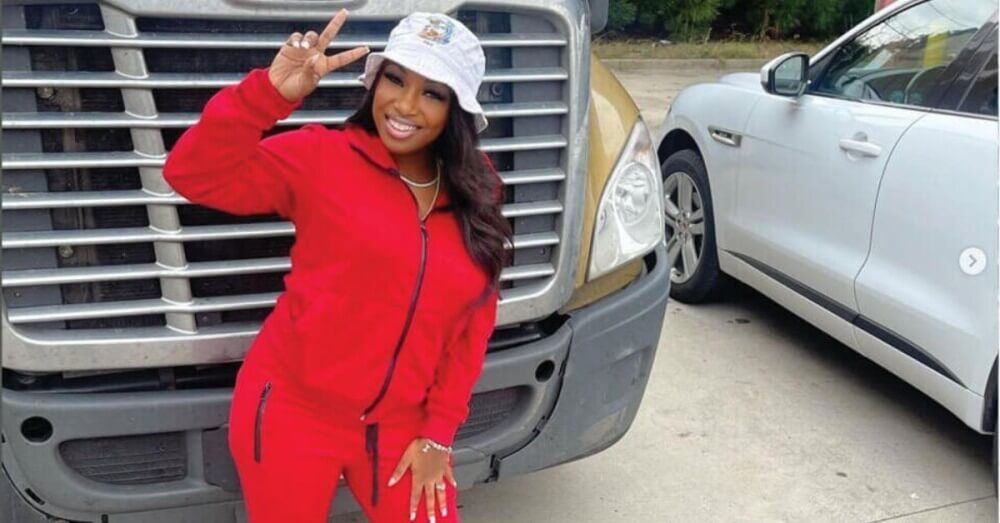 Savonn Barnes-Poags remembers the vibes being off when she pulled into a truck stop one night in the middle of Arkansas. After using the restroom, she saw a man standing in front of the semi truck she drives for a living. Barnes-Poags, who is 24 and four-foot-nine, “could tell this man had ill intentions,” so she called for her husband, also a truck driver, who was sleeping in the cab of the truck. The stranger jumped back and left them alone. “You really have to check your p’s and q’s when you’re a female truck driver,” Barnes-Poags says.

Many women truckers eat, sleep, and live out of their semis for months—sometimes years—at a time. And a growing number of them like Barnes-Poags have taken to TikTok to share their experiences on the road. Some give tours of their living spaces: sleeper cabs with enough room for a bed, mini-fridge, freezer, air fryer, and pets. Others reveal what rest stops have the best food and showers. In one video, Barnes-Poags (@china.trap) shows her 150k TikTok followers how she cooks lemon pepper salmon, sauteed spinach, and garlic bread in her truck. 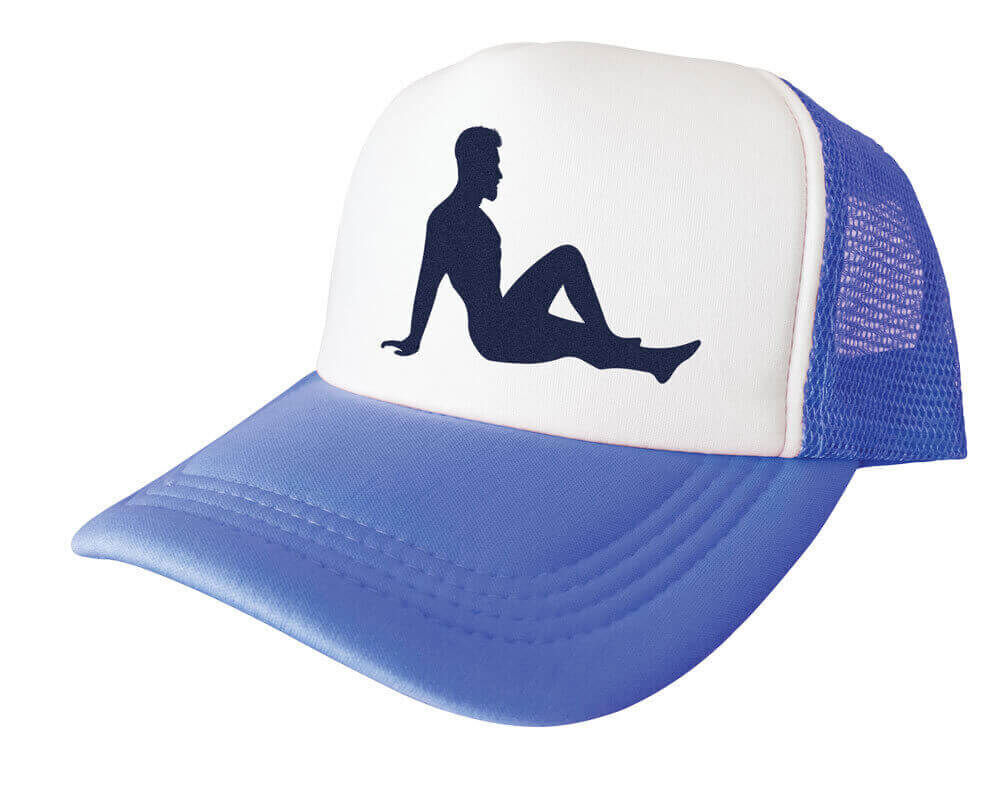 While the percentage of women in trucking is growing (according to the Department of Labor, 7.8 percent of the workforce is female), unfortunately, so has the stigma. “People see a pretty trucker and say, ‘Oh, she can’t be a trucker,’” says Aubry Oden (@truckingwithaubry), who is on the road four months at a time and takes her 15k TikTok followers with her. Even though Oden has been driving for a year and a half, she says male truckers still call her “baby driver” or “steering wheel holder.” 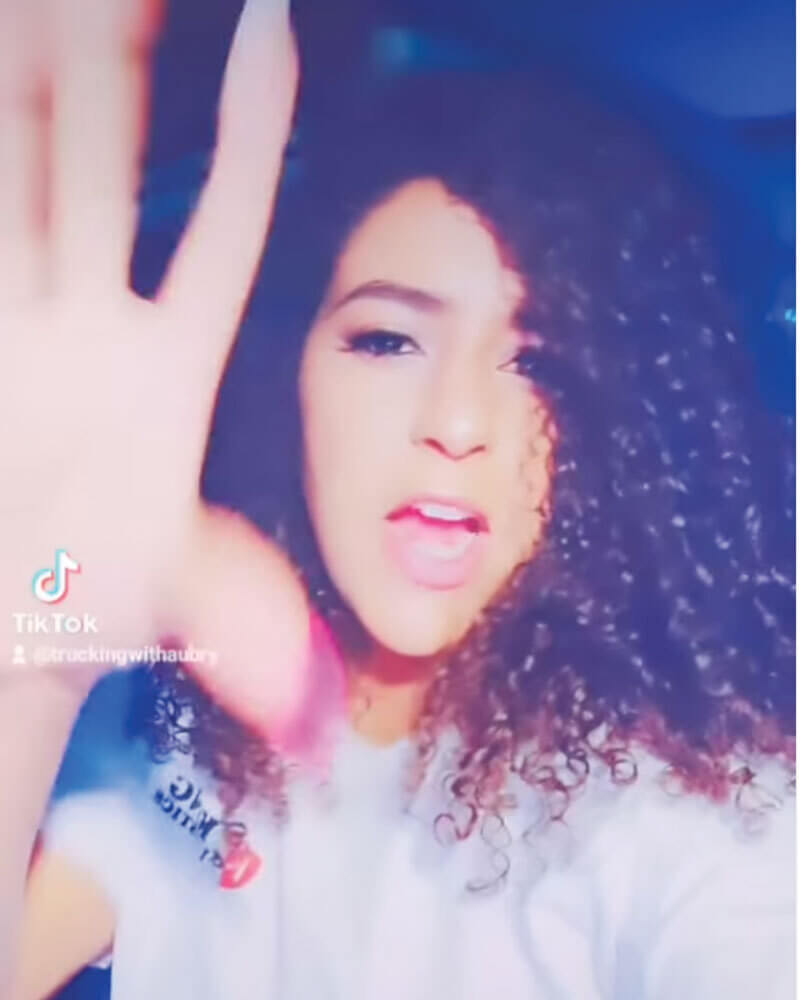 But the benefits for Barnes-Poags and Oden still outweigh the annoyances. Both say trucking has expanded their view of the United States and helped them see places they would never have seen otherwise. “I love food and going to different cities. I hadn’t seen much before,” Barnes-Poags says.

“I love seeing my supporters, too. That’s a really good feeling. I love inspiring women to go into trucking. Even if you’re short like me, you can do it.” 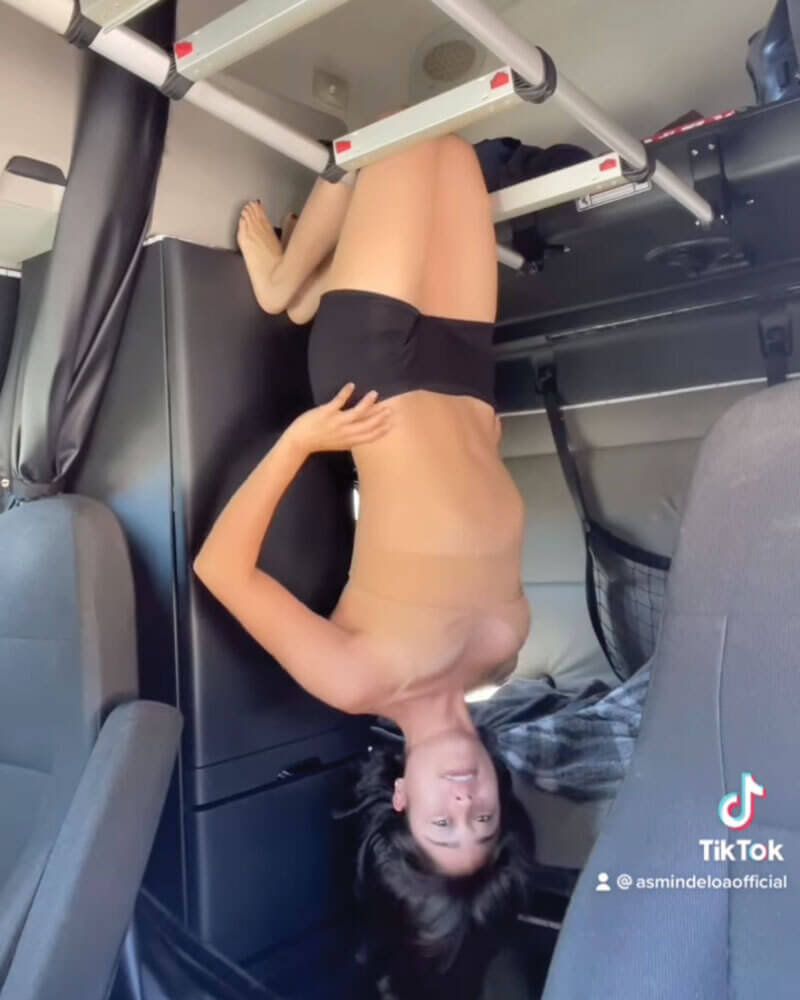 @asmindeloaofficial
♬ What are you staring at - Alexis 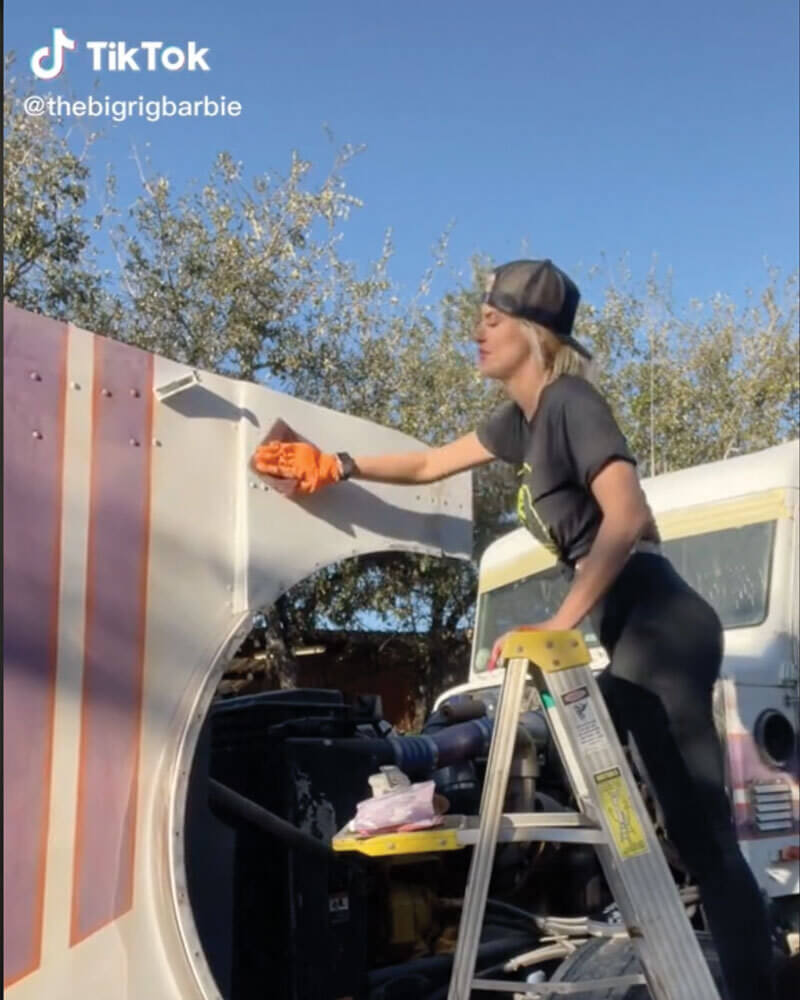 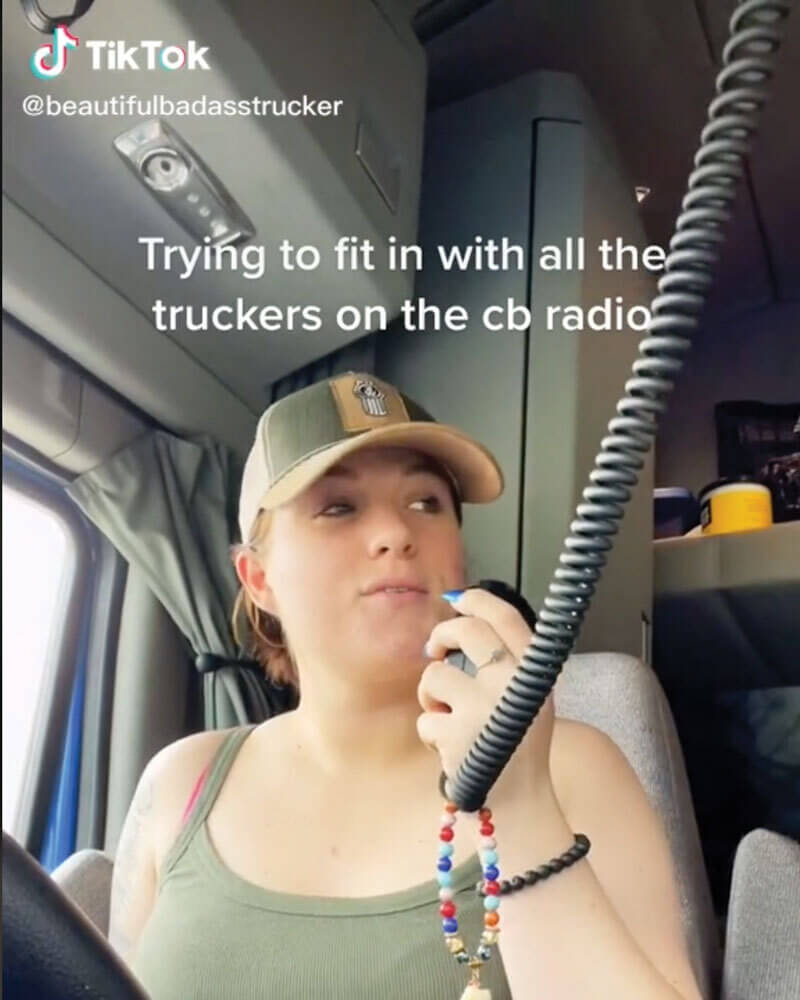 Truckers usually spend 12 to 14 hours on the road per day. So, what do they listen to during those long shifts? Vee Lee (@iamveelee), who has amassed 256k followers since she started trucking two years ago, says she listens to everything from podcasts to financial literacy courses to Spanish lessons. Often, though, she’ll pass the time chatting with other drivers even though she knows sexism sometimes comes with the territory. “Men say women shouldn’t be in the industry. They say I should be a weather girl or stay at home and tend to children,” says Lee, 28. “But I like my freedom. I have peace of mind by myself.” –Ana Bretón