Amber Heard and the Limits of #MeToo: The Best Feminist Takes on the Depp v. Heard Verdict 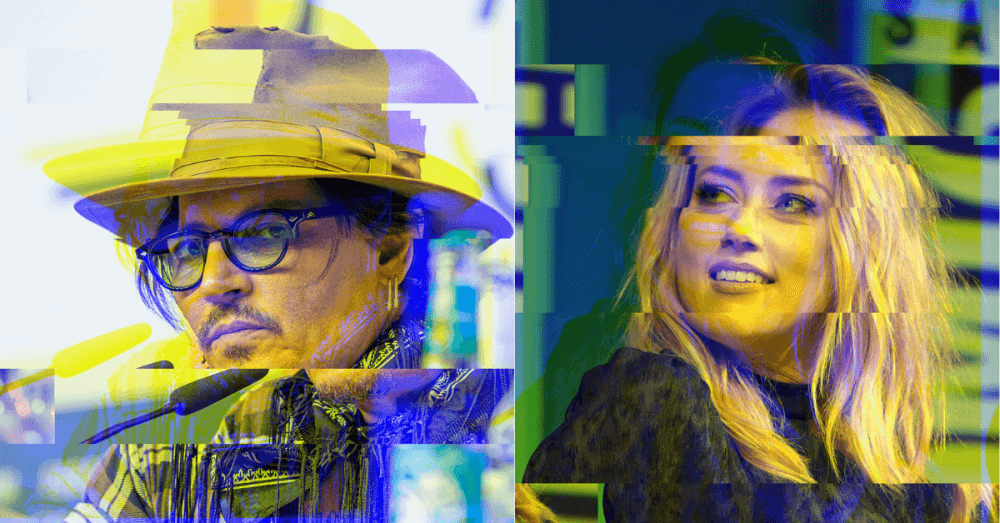 If you’ve been on the Internet at all in the past few weeks, you’ve probably been exposed, maybe unwillingly, to the Depp v. Heard trial. It was more intoxicating than fiction, and streaming free on YouTube! Despite what the fancams and the conspiracies will have you believe, this wasn’t the story of a hero conquering his tormentor; it was a trial about a woman who spoke out about domestic abuse, and the vilification she received as a result. The trial’s outcome is sure to have cultural reverberations for years to come.

The story goes like this: In 2018, actress Amber Heard published an op-ed in The Washington Post, describing herself as “a public figure representing domestic abuse.” Her ex-husband, Johnny Depp, sued her for $50 million dollars in defamation, under the assumption that the article, despite not mentioning him by name, was referring to him and had damaged his career as a result. In response, Heard counter-sued Depp for $100 million. The ensuing, highly publicized trial’s verdict came in on June 1st; Depp had been awarded 10.35 million dollars, and Heard 2 million.

But the most upsetting part of the trial wasn't even the verdict; it’s been the vitriolic backlash to Heard, which has shown abuse victims everywhere just how cruelly the court of public opinion can punish them for coming forward. We’ve seen the Internet mock a woman for not looking enough like a victim, make light of a sexual assault allegation, and take miniscule body adjustments as a sign of manipulation. None of that is supporting victims—it’s frightening them. With all of the sensationalism surrounding the trial, it can be difficult to look through the veneer and see how the taunting and ridicule directed at Heard hurts real women. Here’s a compilation of some of the best feminist takes on the verdict of Depp v. Heard:

1. In a Twitter thread, user @kattenbarge critiques the media response to Depp v. Heard. She argues that in not actually reviewing and summarizing the trial’s evidence, journalists have allowed social media to control the narrative. The content on places like YouTube and TikTok grossly overanalyzes Heard’s movements, spins her words to make her look worse, and mocks her, because that’s what gets clicks. As @kattenbarge warns, “even if Amber isn’t a victim, this behavior hurts victims.” Read the full thread here:

For people who have been studying the misinformation campaign around the Depp v Heard trial, this verdict is chilling. The success of Depp’s “redemption arc” narrative reveals a lot about our social media platforms and ourselves.

A thread of things I learned during Depp v Heard:

2. @rottenindenmark tweeted a picture of a veterinary hospital proudly displaying its dislike for Amber Heard, commenting that it was “fucked up.” @deardrewdixon quote-tweeted the picture, saying that the response to Amber Heard will make victims “think twice about coming forward.” That veterinary hospital sign is just another reminder that women who come forward will always risk inescapable public vitriol.

Every survivor of domestic abuse or sexual violence living through the #AmberHeard smear campaign will think twice about coming forward. It’s horrifying. https://t.co/oLK6p4LTTG

3. A Guardian article, titled “The Amber Heard-Johnny Depp Trial Was An Orgy Of Misogyny,” confronts the outrage directed at Heard, and what that means for #MeToo. In celebrating Johnny Depp’s win and harassing Heard—despite countless disturbing texts and a finding of 12 counts of abuse in a UK court—America has made Heard a symbol for their frustrations with #MeToo. The article finds that taunting TikToks and YouTube compilations have given Depp what he wanted: “global humiliation” for Heard. The verdict, author Moira Donegan writes, "will have a devastating effect on survivors, who will be silenced, now, with the knowledge that they cannot speak about their violent experiences at men’s hands without the threat of a ruinous libel suit. In that sense, women’s speech just became a lot less free."

4. Tarana Burke, founder of the #MeToo movement, made two posts on Instagram responding to the trial, and pushes back on the idea that the Heard v Depp verdict signifies the end of the #MeToo movement. Her first expresses that the #MeToo movement has been “co-opted” by the trial. She criticizes the Internet mockery and trading in facts for engagement. In her next post, she declares, “The ‘me too’ movement isn’t dead, this system is dead.” #MeToo’s lifeline isn’t the courtroom—it’s in survivors.

5. The Root offers a chilling perspective on what this trial means for Black women. Author Candace McDufie asks, if Heard can be shamed to this extent, what does that mean for the Black women who don’t have “whiteness or fame”? This article finds that this trial has made the threat of ridicule that much more terrifying, because there truly is nothing any woman can do to shield herself from it.

6. Over at Gawker, Joan Summers provides a thoughtful reflection on how women might be affected by this seemingly out-of-touch celebrity trial, connecting the dots between the trial's verdict and Depp's supporters with conservative politics and media outlets. As the GOP ramps up their efforts to make abortion inaccessible, and to vilify the transgender community, they’ve also shown unwavering support for Depp. Sexual assault is being disregarded in new abortion laws, and parents who support their transgender children are being framed as abusers. The trial is just another way for GOP lawmakers to erode women’s credibility, Summers argues.

7. In this article in Rolling Stone, EJ Dickson interviews domestic abuse survivors to discover what their opinions on the trial are, and details the fear that many of them have experienced after watching Heard be publicly humiliated. The survivors describe threats from their abusers, that they would be humiliated publicly if they ever came forward; then they had to watch a real life manifestation of that. Regardless of the verdict, just watching a woman be torn apart for describing her experiences of abuse is an ominous warning.

8. Monica Lewinsky is all too familiar with public shaming; after news broke of her affair with Bill Clinton, she was relentlessly bullied online. In an article she wrote for Vanity Fair, we see her express frustration and disappointment with the public response to the trial. Heard was mocked far more than Depp, Lewinsky points out, and as a culture, “we have stoked the flames of misogyny.” There were varying responses to Lewinsky’s article on Twitter, but one thing is clear; Lewinsky has an acute understanding of hyper-visibility, especially as a woman, and the rabid misogyny directed toward Heard during this trial doesn’t just affect her—it affects us all.

9. @badgyal tweeted a concise, but powerful reminder: those making a mockery of abuse are sending a message to the victims in their lives. It’s not a nice one.

your friends who are victims can read your tweets 👍🏽