Here's What You Need to Know About the Mississippi Case That Overturned Roe v. Wade 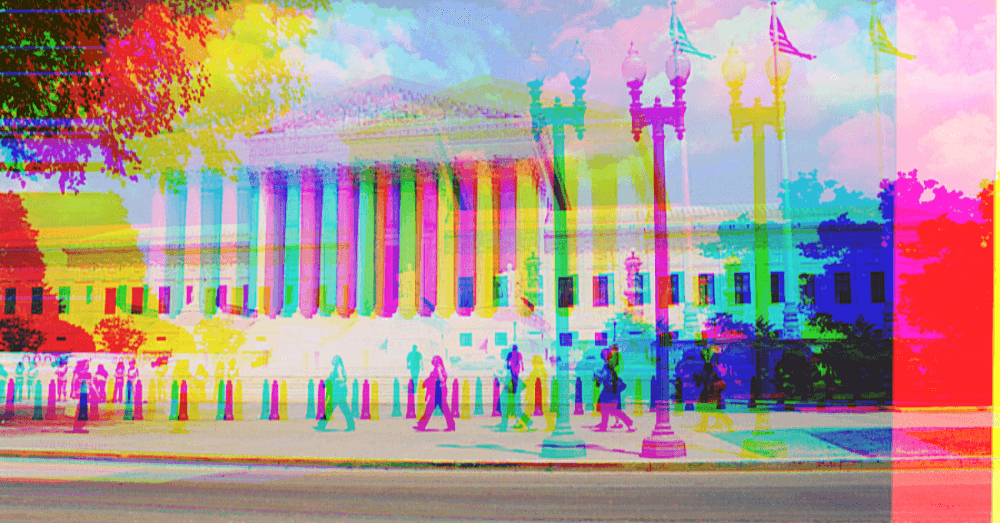 Governor Phil Bryant knew what he was doing when he signed The Gestational Age Act into law. “We’ll probably be sued here in about a half hour, and that’ll be fine with me. It is worth fighting over,” he proclaimed, as a flick of his pen set into motion the most significant challenge to abortion rights in 50 years.

As Bryant predicted, legal action was rapid; just hours after the ink had dried, the Jackson Women’s Health Organization, the only abortion clinic in all of Mississippi, sued Mississippi, on the same day the act was passed. So began Dobbs v. Jackson, the historic case for which the Supreme Court overturned Roe v. Wade. But how did this act cause enough ruckus to trigger an immediate lawsuit, one which not only made it all the way to the Supreme Court, but resulted in the upending of 50 years of abortion rights in America?

What is the “Gestational Age Act”?

For such a consequential act, its content is actually quite basic. Mississippi’s Gestational Age Act, passed in 2018, bans elective abortions after the fifteenth week of gestation, with the only exception being in cases where the mother’s life is at risk. “Gestational age” is a weird term, but it essentially measures the age of a fetus from a pregnant person’s last period. It’s important to note that the end of a person’s last period isn’t when the baby is conceived; conception typically happens 2 weeks before the date of the last period, and the time of conception is used to measure trimesters of pregnancy, not the gestational age. Right now, abortion is considered a constitutional right until a fetus can survive outside of the womb—at about 24 weeks.

Banning abortion after 15 weeks is only the latest in a series of restrictive abortion laws the state has passed. In 2007, Mississippi passed a law stating that if Roe v. Wade were overturned, then all abortions in the state would be banned except in cases of rape or to save the mother’s life. “Partial-birth” abortions, a nonmedical term for an abortion in which the fetus is removed from the body first, have been banned in the state since 1997; minors have been required to receive written consent from their parents for an abortion since 1986. These obstacles are made even more difficult to overcome by people seeking abortions by the fact that there is just one abortion clinic, Jackson Women’s Health, in the entire state. But until the “Gestational Age Act,” none of them ran afoul of Roe v. Wade.

How Did the “Gestational Age Act” Threaten Roe v. Wade??

Even though the Gestational Act isn’t the most outrageous or restrictive abortion ban, it’s still unconstitutional. That’s because, right now, both Roe v. Wade and Planned Parenthood v. Casey establish that banning abortions before a fetus is “viable” places too great of a restriction on the right to receive an abortion—and is therefore not allowed under the constitution. A fetus is considered “viable” once it can live outside of the womb, and, as decided by the courts, that’s at about 24 weeks into the pregnancy. Because the Gestational Age Act bans abortions before the fetus can survive after birth, it’s technically unconstitutional.

Once  deliberations on whether or not this act violated Roe v. Wade reached the Supreme Court, the central problem for them to review was  “whether all pre-viability prohibitions on elective abortions are unconstitutional.” Mississippi, of course, wanted to argue that they aren’t, while Jackson Women’s Health Organization wanted to argue that they are. But how did this technical debate about “viability” place Roe in danger? After all, Mississippi’s law doesn’t technically make abortion in the state illegal.

The reason is that once the Supreme Court upholds any pre-viability ban, it would effectively make Roe null; special exceptions made for certain pre-viability bans would be arbitrary and confusing, and thus the Gestational Act could not stand without setting a completely new precedent. As both Mississippi and the Jackson Women’s Health Organization argued to the court, there could be no in-between ruling. Roe had to either be fully upheld, or fully overruled.

Why Can the Supreme Court Decide to Overturn a Past Decision?

The Supreme Court voted to overturn Roe, thus deeming the Gestational Age Act to be constitutional. And that shouldn’t be surprising; after Amy Coney Barrett was confirmed, conservatives dominated the court 6-3. The majority opinion, however, is extraordinarily consequential.

The Supreme Court is supposed to make decisions that don’t completely overrule past ones; this concept is called stare decisis. The court can make provisions to previously decided cases, of course, but completely upending precedent by overruling an entire decision is extremely rare. This isn’t a hard rule—stare decisis, for example, had to be dismissed when the Supreme Court overruled Plessy v. Ferguson, a case which allowed for segregation—but it has traditionally been accepted as essential to the Supreme Court. If justices ruled however they pleased, without respecting the decisions that had come before them, then every Supreme Court decision, and every right which people assume they have, would have no steady basis. Without stare decisis, we can’t trust the court, or the rights they grant us.

So why was the Gestational Age Act successful in upending 50 years of established rule? The draft opinion in Dobbs v. Jackson argues that the arguments presented demonstrated that Roe and Casey were too poorly decided to be totally protected from an overrule, even if they were watershed cases. “Stare decisis, the doctrine on which Casey’s controlling opinion was based, does not compel unending adherence to Roe’s abuse of judicial authority,” reads the scathing draft by Justice Alito.

Clearly, the arguments for pre-viability abortions were effective to this court. Still, to take away an assumed right, which many Americans had based their lives around–that’s enormous, regardless of the merits of Roe v. Wade. Granting rights is one thing; granting them, and then just as quickly taking them away is another. Whether it was Alito’s intention or not, this case doesn’t just affect abortion; it also affects the assumption of stability in every other right the court has granted.

Overturning Roe v. Wade May be Just the Beginning

So, the Gestational Age Act, on paper at least, isn’t outrageously unique. But the bill’s content isn’t as consequential as what it accomplished. Now that Roe v. Wade has been overturned, the Gestational Age Act doesn't even matter; what will take precedent is the long-awaited statewide total ban on abortion, which the Mississippi government has been sitting on for over a decade. What is historic about the case is that dishonoring stare decisis in what is considered a landmark case sets a precedent for later rulings, at least if the court continues with its current cast of justices.

If even Roe, a case historically upheld by conservative and liberal justices alike, can be undone, what is to protect other cases upon which Republican and Democratic states are ideologically divided? Upholding cases like Obergefell v. Hodges (which recognized gay marriage as a right) and Griswold v. Connecticut (which recognized birth control as a right), for example, which are controversial but essential civil rights rulings, may now depend more on the whims and preferred constitutional interpretations of justices rather than established precedent.

Mississippi created the right bill, for the right crowd of court justices, and presented an argument which could only be concluded with the most drastic measures, and for now, they’ve gotten what they wanted—not only have they triggered an overturn of Roe v. Wade, but they’ve also confirmed that this court is willing to reject stare decisis, thus upending any certainty Americans previously had about their constitutional rights.